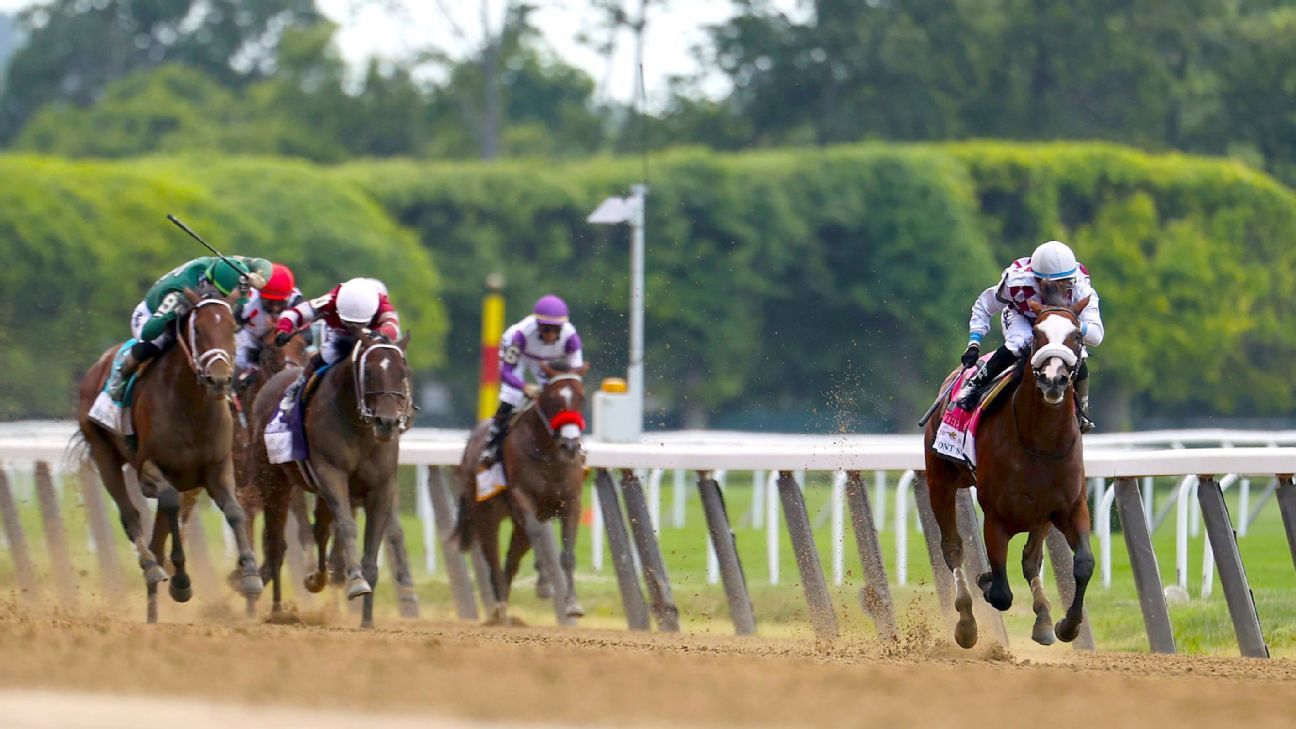 SARATOGA SPRINGS, N.Y. — Belmont winner Tiz the Law won the $1 million Travers Stakes by 5 1/2 lengths at Saratoga and heads to Kentucky for next month’s Derby as the probable favorite.

The 3-year-old colt remains undefeated this year with four straight graded stakes victories for 82-year-old trainer Barclay Tagg. He became the first New York-bred in 138 years to win the Belmont Stakes on June 20 in the first leg of the rescheduled Triple Crown series. Tiz the Law began his racing career at Saratoga last summer and has six wins in seven starts.

The Travers victory gave Tiz the Law 100 points in qualifying for the Kentucky Derby, and he continues atop the leaderboard with 372.

Tiz the Law was third in the early going before overtaking leader Uncle Chuck near the quarter pole. Franco sneaked a peek behind him before taking Tiz the Law three horses wide and then two horses wide before straightening into the upper stretch. Tiz the Law geared down near the sixteenth pole and cruised home.