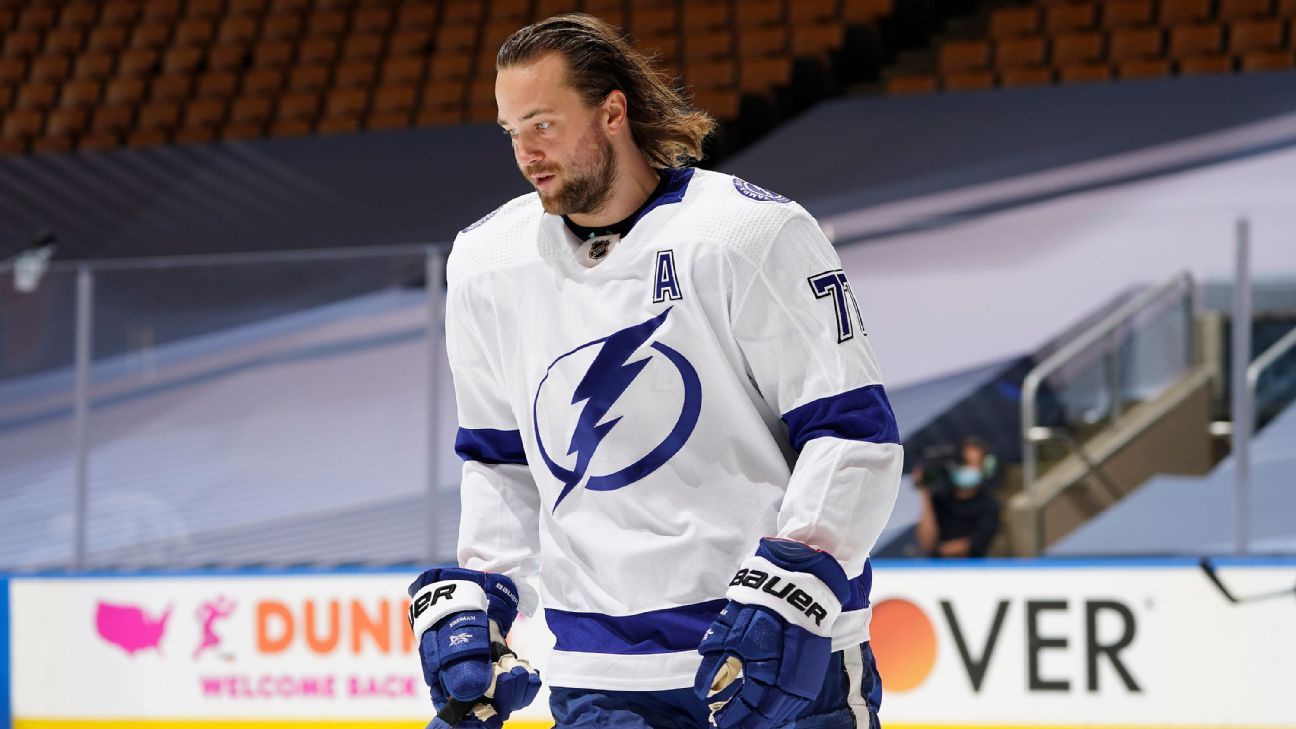 Following the 4-1 loss that secured the No. 2 seed in the Eastern Conference for the Lightning, Tampa Bay coach Jon Cooper didn’t have an update on Hedman’s status or how much time he might miss, though he acknowledged his potential loss would create a notable hole in the Lightning’s lineup.

“It’s a little frustrating because we feel like we’re going in the right direction and to lose some of the star power we have,” said Cooper, noting the Lightning are also without captain Steven Stamkos and played Saturday minus Hedman’s defensive partner Jan Rutta. “We’ve got to circle the wagons.”

Hedman went down untouched as he spun around to skate backward at the Tampa Bay blue line with the Flyers’ Tyler Pitlick driving up the right wing. The NHL’s 2017 Norris Trophy-winner got up slowly and broke his stick while heading down the tunnel to the locker room.

Stamkos has yet to play after sustaining a lower body injury before the start of training camp last month.

The Lightning, last season’s No. 1 seed in the East, will play either Columbus or Toronto in the first round. The Blue Jackets and Maple Leafs will play a deciding Game 5 on Sunday to conclude the qualifying round.