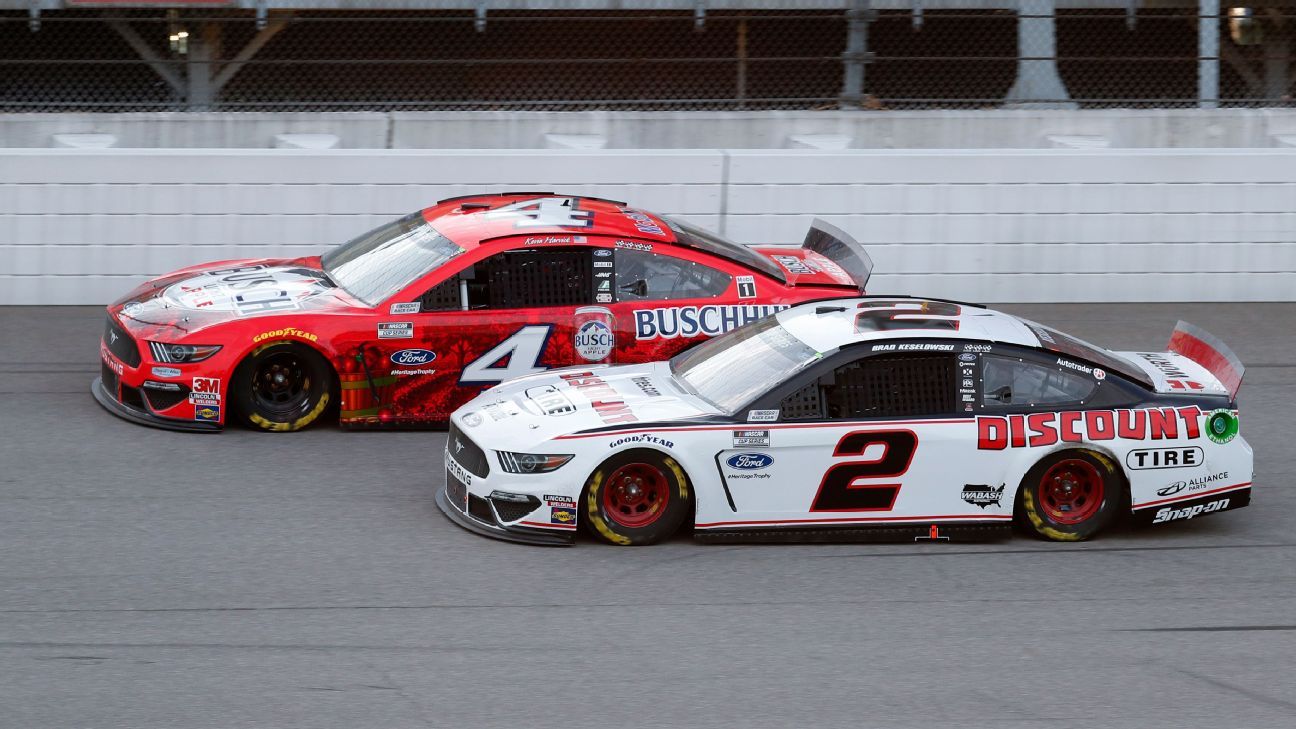 BROOKLYN, Mich. — Kevin Harvick raced to his fifth NASCAR Cup Series victory of the season, outlasting Brad Keselowski in overtime Saturday in the opener of a weekend doubleheader at Michigan International Speedway.

Keselowski was denied again in his home state. He’s never won a Cup race at Michigan, but it would have been a tall order to overcome a dominant Harvick on this day. Harvick won for the fourth time at MIS — and three of those victories have been in the last three years.

Busch remained winless on the year with five races left in the regular season.

It was a clean race until the final stage, when several cautions forced Harvick to navigate some tricky restarts. There was even a brief red flag at one point for track cleaning.

The race went to overtime after Christopher Bell made contact with Austin Dillon to bring out the final caution.

Starting this weekend, NASCAR is incorporating the “choose rule” into the restart procedure for all national series races except those held on road courses and superspeedways. As drivers approach a designated spot, they must commit to the inside or outside lane for the restart.

On the final restart, both Harvick and Chase Elliott picked the outside, while Keselowski and Denny Hamlin went inside. Harvick’s No. 4 and Keselowski’s No. 2 raced side by side for a bit, but Harvick had a clear lead out of Turn 4, then held on for another lap to win.