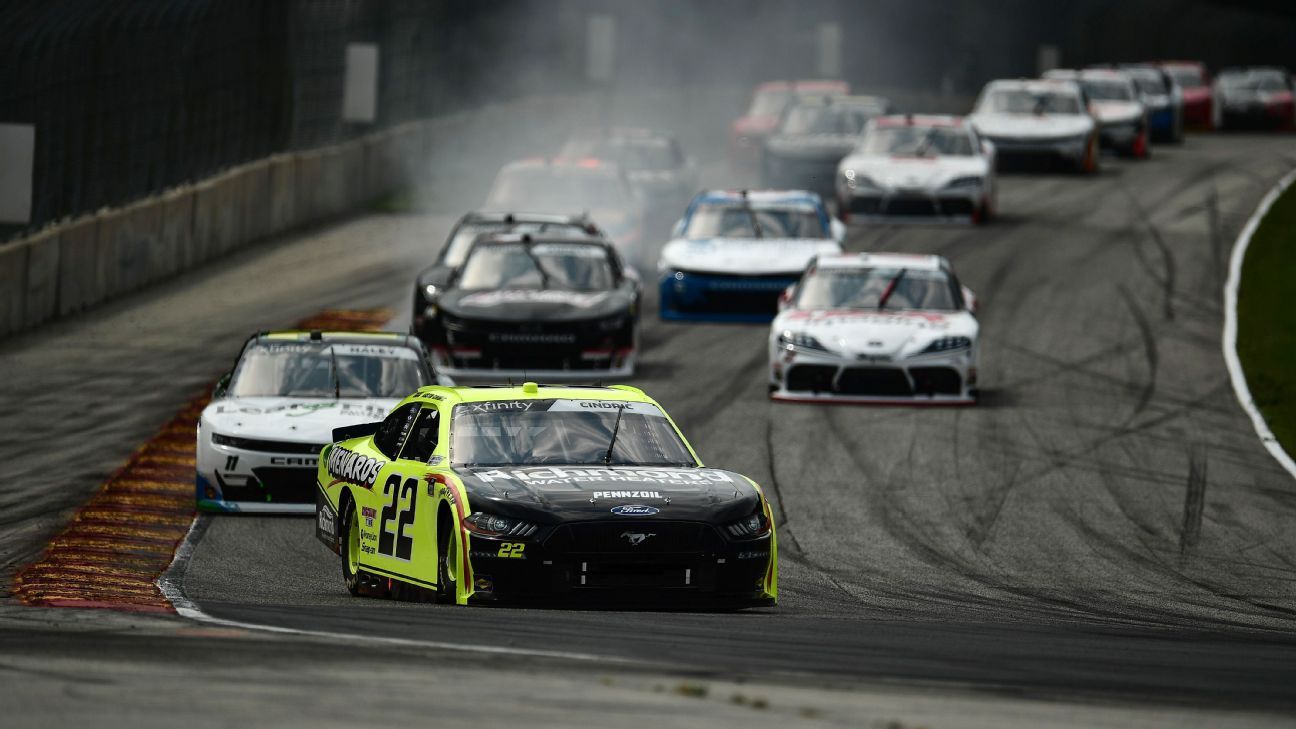 ELKHART LAKE, Wis. — Austin Cindric waited through a lightning delay and then won Saturday at Road America for his fourth victory in his past five Xfinity Series races.

Cindric led early on, fell off the pace after the weather delay, then charged back toward the front about two-thirds of the way through the race. He stayed ahead through two caution flags in the last six laps and beat A.J. Allmendinger by 1.318 seconds.

Cindric is the 11th different Xfinity Series winner at Road America in as many years.

After a caution flag came out with six laps left in the race, Justin Allgaier‘s Chevy went off track on the restart and hit a concrete structure, causing another stoppage. They started back up with two laps remaining, and Cindric held off Allmendinger the rest of the way to extend his lead in the Xfinity Series points race.

Cindric bounced back from a tough finish July 25 at Kansas Speedway, where he settled for second place after Brandon Jones passed him on the final lap.

The Kansas race ended a string of three straight victories for Cindric that included a doubleheader sweep and a triumph at Texas. Cindric was declared the winner in Texas after Kyle Busch was disqualified when his car failed a post-race inspection.

Saturday’s race had plenty of stops and starts, particularly early on. The opening stage that included the first 14 laps of the 45-lap event on Road America’s 4.048-mile road course took over 2 1/2 hours to complete due to the lightning delay and three caution flags.

When the 93-minute lightning delay stopped, the race continued under wet-weather conditions that gave crew chiefs the option of installing rain tires. Nearly all the drivers switched to the rain tires before the restart, and many of them went back to their usual tires late in the second stage once the rain stopped.

The lightning delay happened when the race wasn’t even one-quarter of the way over. Cindric had led all the way up to the delay, but Justin Haley overtook him as soon as the race resumed and won the first stage.

Cindric fell from the lead group at that point but surged back ahead in the third and final stage.