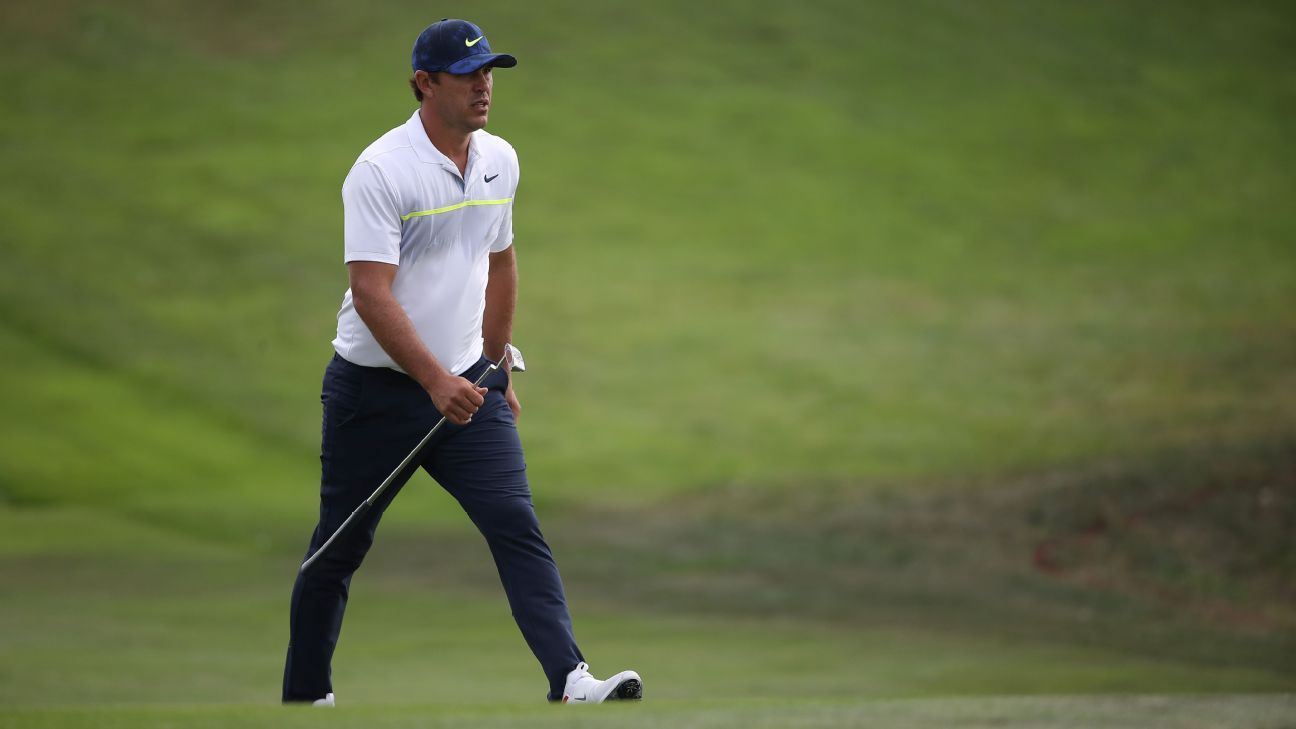 A glance at the leaderboard at the 2020 PGA Championship at TPC Harding Park offers variety, from Brooks Koepka trying to make history to Li Haotong and Mike Lorenzo-Vera trying to stun everyone. Then there’s Tiger Woods, who had a miserable putting day Friday in San Francisco that had him fighting to make the cut but maintaining he still has a shot at winning.

So here’s everything you need to get you set for the weekend at the year’s first major:

Who are these guys?

OK, you might not be entirely familiar with the work of Li Haotong and Mike Lorenzo-Vera. Well, we’re here to help.

Let’s start with Li, who posted a bogey-free 65 early in the day and then returned later on, hours and hours after he was finished, to put in some more work.

“He was on the teeing green when I was on the driving range and then he was on the chipping green when I was doing interviews,” said Jason Day, who enters the weekend two shots behind Li. “He’s probably the only guy that rents out a golf course to stay instead of renting out a house this week. I know the guy likes to practice, but man, it’s a major week. Hopefully he knows what he’s doing and I’m sure he does because he’s obviously playing better than us. You know, I’m about to go and do some practice but not as many hours as he’s put in today.”

Li admitted after his round even he was surprised by his play. And it is surprising, considering that he entered the year’s first major ranked 114th in the world.

It’s only the second time a player outside the top 100 has had a multiple-shot lead.

And what about Lorenzo-Vera? He stood on the ninth tee, his final hole of the day, in sole possession of second place at 7 under. He slipped with a bogey at the last, but he still enters the third round in a six-way tie for second. Lorenzo-Vera has one career victory in an event in which Official World Golf Ranking points were at stake: the 2007 Apulia San Domenico Grand Final, a Challenge Tour tourney. His best finish at the PGA Championship was a tie for 16th, last year at Bethpage Black.

“Honestly I’m absolutely not comfortable, I just look like it,” he joked.

And then there are guys you know

While Li and Lorenzo-Vera aren’t exactly household names, there are some more familiar faces lurking on the leaderboard. The most notable among those who will enter the weekend with a chance is Brooks Koepka, the two-time defending champion. Koepka sits two behind Li as he tries to become the first player in the stroke-play era to win three consecutive PGA Championships.

It’s certainly familiar territory. In fact, over the past three years, nobody has come close to doing what he has done at majors.

Most majors rounds in first or second place since 2017

He’s not the only major champion sitting in that six-way tie for second. Day, who won the 2015 PGA Championship, and Justin Rose, who has a U.S. Open win to his name, are there, too. Also at 6 under is Tommy Fleetwood, who not only doesn’t have a major win, he doesn’t have a victory in the United States. And don’t overlook the other guy at 6 under. All Daniel Berger has done is finish top five in five of his past six events.

“I’ve maintained kind of a level head and played some really solid golf,” Berger said. “I’m in a great position. With two more good days, I think I’ll have a chance on Sunday.”

A little farther down the board but still without shouting distance of Li are Dustin Johnson (minus-4), Xander Schauffele (minus-4), Tony Finau (minus-3), Patrick Reed (minus-2) and Bryson DeChambeau (minus-2).

How far is too far back? Tiger Woods, after a miserable putting day on Friday, stands at even par, eight shots off the pace. Among his 15 major championship victories, the largest 36-hole deficit he has erased is six shots, that coming in the 2005 Masters.

“I really struggled with getting the speed of the greens [on Friday],” Woods said. “They looked faster than what they were putting. They were firm coming into the greens, but they weren’t putting as fast as they looked, and then as the day wore on, they got a little more fuzzy and got even slower. I struggled even a little bit more hitting the putts hard enough.”

Clearly, if he wants to make any noise on the weekend, he has to clean up his putting. In Thursday’s opening round, he made just under 114 feet worth of putts; on Friday, it was just under 49 feet.

“I’m going off early [in Saturday’s third round] and hopefully I can get it going, drive the ball like I did [Friday], hit my irons a little bit more crisp and be a little bit more aggressive on the putts,” he said.

Doe he think he can still win? His answer was pretty straightforward.

Here is the full list of Saturday’s tee times for the third round.

While Woods, Rory McIlroy and Justin Thomas all flirted with the cut, they made it to the weekend. Some other notables did not. The most painful of the bunch was Rickie Fowler. He’s home this weekend instead of at TPC Harding Park in part because of this:

He’s not the only surprising absence. At one point in Thursday’s first round, Martin Kaymer and Zach Johnson were the leaders. Neither made the cut; Kaymer shot 82 and Johnson posted 76 to miss by a shot.