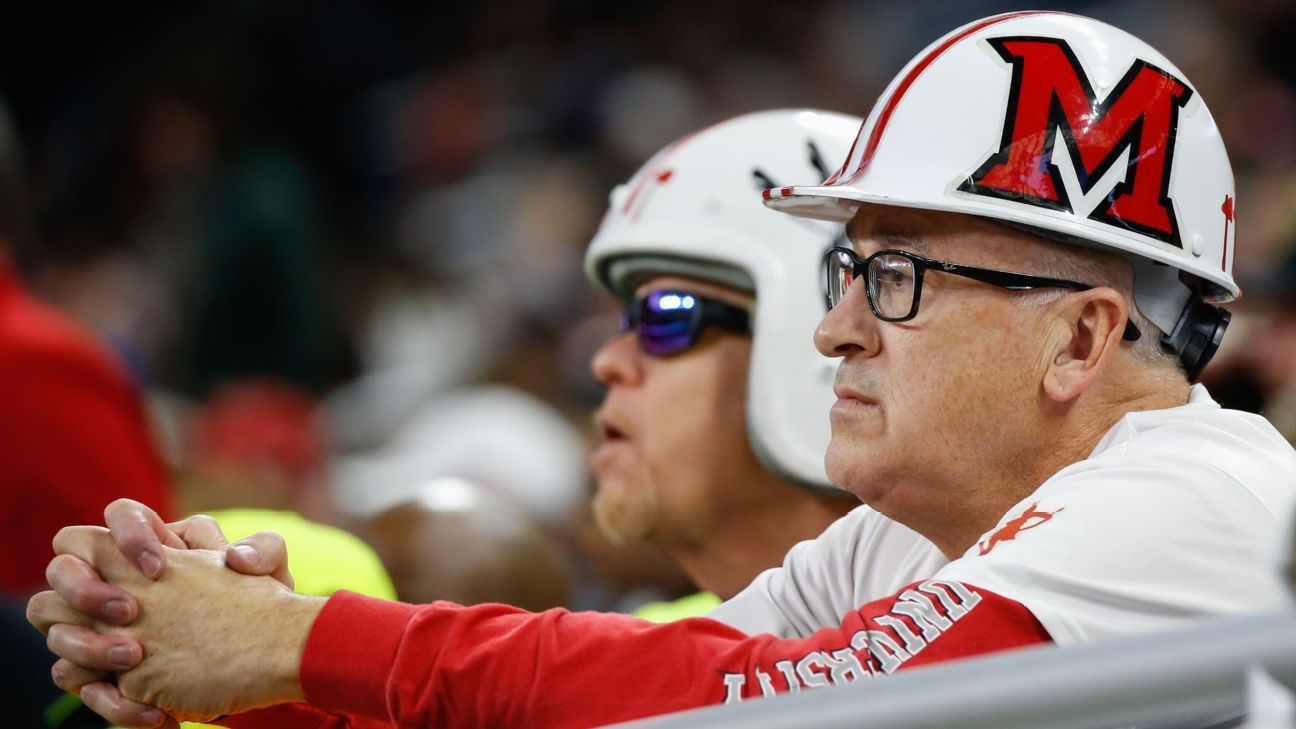 Friday night felt so great, didn’t it? The SEC rolled out its new conference-only schedule like an old-school Selection Sunday special, team by team, revealing which two new opponents were being added to each team’s 2020 football calendars.

Folks in Columbia, Missouri, groaned when they saw both LSU and Alabama appear in their column of the grid. People in Tuscaloosa and Baton Rouge cheered when they saw what looked like easier paved paths back to the College Football Playoff (no offense, Mizzou, Kentucky and Vandy). And the rest of the conference howled when they realized what we just said about those paths for the Tigers and Tide.

That same day, some Appalachian State fans stopped me on the street in Boone, North Carolina, to angrily shout through their black-and-gold masks, accusing Wake Forest of ducking out of their underrated regional rivalry when the ACC cut back its out-of-conference schedule. In Florida, the governor’s office sent word that the state’s leader was still trying to make the Gators-Seminoles clash happen. Earlier in the week, in the Big Ten, The Game crossed over into a new frontier, as Michigan coach Jim Harbaugh accused Ohio State’s Ryan Day of breaking practice rules … on a conference call. Friday night, college football social media was as near to old-school normal as it had been in months.

Aww yeah, whining and moaning and hating and believing the entire system is rigged against your favorite team. We hadn’t realized how badly we’d missed it.

On our early-Saturday-morning ESPN Radio show, “Marty & McGee,” the calls were coming in hot to bark about all of the above. One particularly incensed Arkansas fan phoned while sitting in a Sonic drive-in waiting on a double-meat breakfast burrito. He said he was going to douse it in hot sauce and then “drive around Arkansas all day long thinking about how the SEC screwed the Hogs with this new schedule.”

I said to my co-host, Marty Smith, “Man, this feels good, doesn’t it?” He responded, “Yeah, it does. It feels right.”

We went off the air at 10 a.m., smiling and talking about what a good-feelings kind of show it had been, powered by the SEC schedule release and the resulting smack talk.

Those feelings lasted all of 30 minutes.

That’s when news broke that the MAC was going to delay its 2020 college football season, and all other fall sports, until spring 2021 due to concerns around the coronavirus pandemic. This was not the first such decision to be made in college football. Connecticut had already announced earlier in the week it was postponing its entire football season, as had NCAA’s lower Divisions II and III, and nine of the 13 FCS conferences.

But the MAC? #MACtion? The Big Ten’s next-door neighbor? It had been the last of the 10 FBS conferences to hold out on announcing its revised pandemic plans. Then the MAC turned being last into being first, the first FBS conference to say as a group what independent UConn said Wednesday. The logistics of working around COVID-19-related restrictions are too complicated to maintain on a daily basis, too decimating to daily practice head counts, and the financial costs of NCAA-mandated testing procedures are too high. They would wait until spring to see if it was any easier then.

In an instant — heck, in a tweet — all of that feel-good from Friday night was erased. The perpetual 2020 cloud of “WTH is going to happen next?” had once again rolled back in to block out any rays of sunshine.

As I listened to MAC commissioner Jon Steinbrecher address the national media with a lexicon of “crushed” and “heartbroken,” my phone buzzed with a text from a Power 5 athletic director: “If u think this feels like the first domino in the line, that’s because it is.”

It is an unfair balance beam we have been asked to walk, isn’t it? We’re told to stay positive, because that’s how we’ll emerge from the pandemic in the best possible state of mind. But we’re also warned to remain realistic, to keep our expectations measured, because we can’t assume the light we see at the end of the tunnel isn’t actually another train of bad news coming right at us.

I so wish that balance applied only to the status of the college football season, but it doesn’t. My inbox is filled on a daily basis with an equal mix of sports world and real world, pandemic-powered football news punctuated with COVID-forced decisions about my daughter’s back-to-school plan, travel restrictions that determine whether or not my wife can do her job and funeral plans for an uncle who lost his life to the virus.

Amid it all, the hope never goes away. Hope with pockets of college football normalcy, like Friday night’s post-SEC schedule reaction, will continue to find their way into our timelines. Hope that all the games — OK, just any of the games — make it to kickoff. But above all, hope that 2020 will always be limited to only 2020. That somewhere some scientist at some university medical center is close to that moment when they will look up from their microscope and scream, “That’s it!” And when the football team that plays its games on the other side of campus can finally get back to what it loves, a football life free of tests and temp checks and every other instrument of potential heartbreak — then that team should carry that scientist out of the tunnel atop its shoulder pads.

A moment so good that we finally won’t have to worry about what comes next.