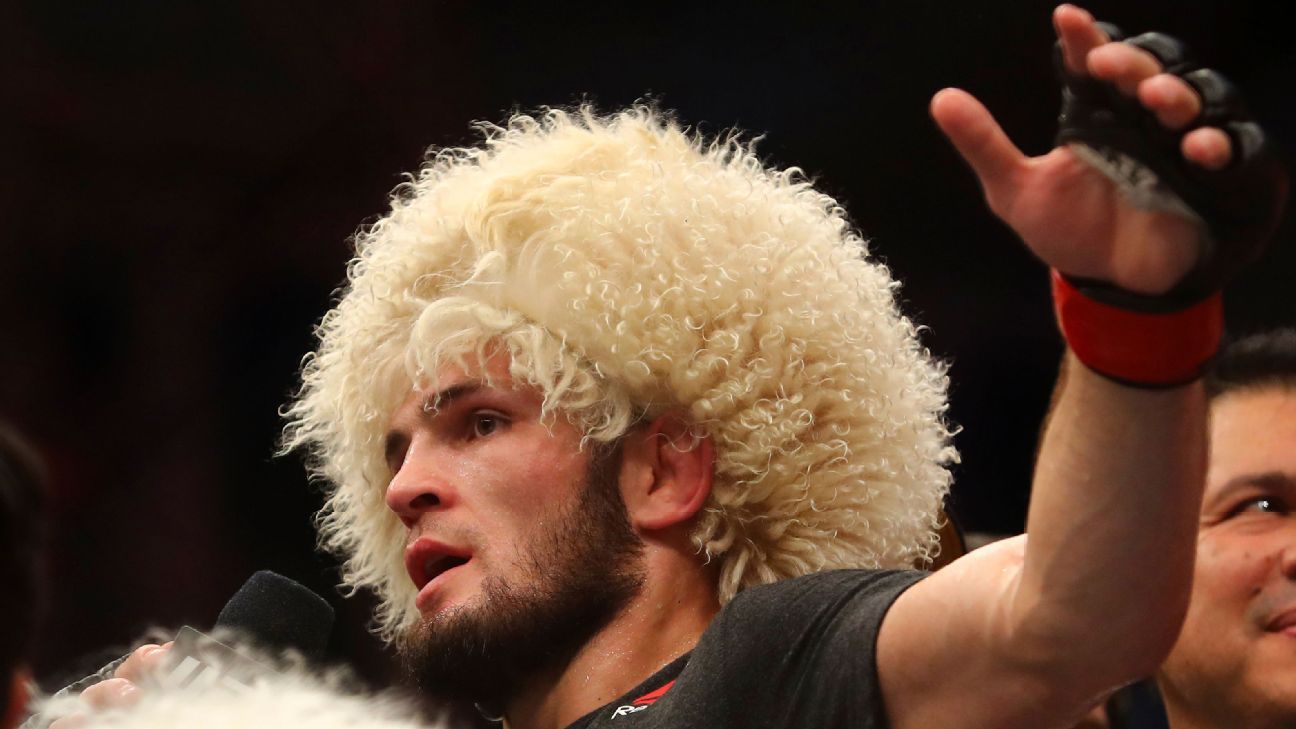 UFC lightweight champion Khabib Nurmagomedov does not intend to travel to the U.S. to prepare for his title unification bout against Justin Gaethje on Oct. 24, citing concerns over the coronavirus pandemic.

Nurmagomedov (28-0), who lives in Dagestan, has held all of his fight camps at American Kickboxing Academy in San Jose, California, since 2012. His longtime coach, Javier Mendez, told ESPN, however, that Nurmagomedov recently decided not to train in California ahead of UFC 254. The camp will likely take place in Dagestan or closer to where the fight is held if it takes place outside the U.S. The UFC has not yet announced a venue.

“We’ve got two choices [for the fight], right? Las Vegas or Fight Island [Yas Island, Abu Dhabi],'” Mendez told ESPN. “I’m thinking Fight Island, but they haven’t said it yet. What I do know is that [COVID-19] is too high in California, and Khabib is not comfortable coming here to train.”

Nurmagomedov has not fought yet in 2020. He was scheduled to face Tony Ferguson in April, but that bout fell through due to logistical issues caused by the pandemic. Ferguson ultimately fought Gaethje in May for an interim championship and lost via TKO in the fifth round.

Nurmagomedov’s father and coach, Abdulmanap, died last month from heart complications. The undefeated champion has not spoken publicly since the death of his father, other than on social media.

“I did speak to him for the first time two weeks ago, and he’s still going through missing his father,” Mendez told ESPN. “Rightfully so. The way they were connected, his father was pretty much his everything. Having his father’s blessing gave him that power to go out and do what he needed to do. Everything his father wanted him to do, Khabib would go out and accomplish it. Now, he doesn’t have that. So, he’s gotta focus on the legacy his father wanted for him.”

Nurmagomedov’s manager, Ali Abdelaziz, has stated he believes Nurmagomedov will fight only two more times, in an attempt to retire at 30-0. Nurmagomedov seemed to confirm that statement in a recent post on social media, in which he stated, “October – Justin, April – [Georges St-Pierre].”

According to Mendez, that plan was discussed numerous times by Nurmagomedov and his late father.

“It was discussed on numerous occasions — 30-0,” Mendez said. “And GSP was definitely the legacy fight. If they can complete that, I could see 30-0 and he’s done. I can definitely see that. That conversation was brought up numerous times while I was with them.”