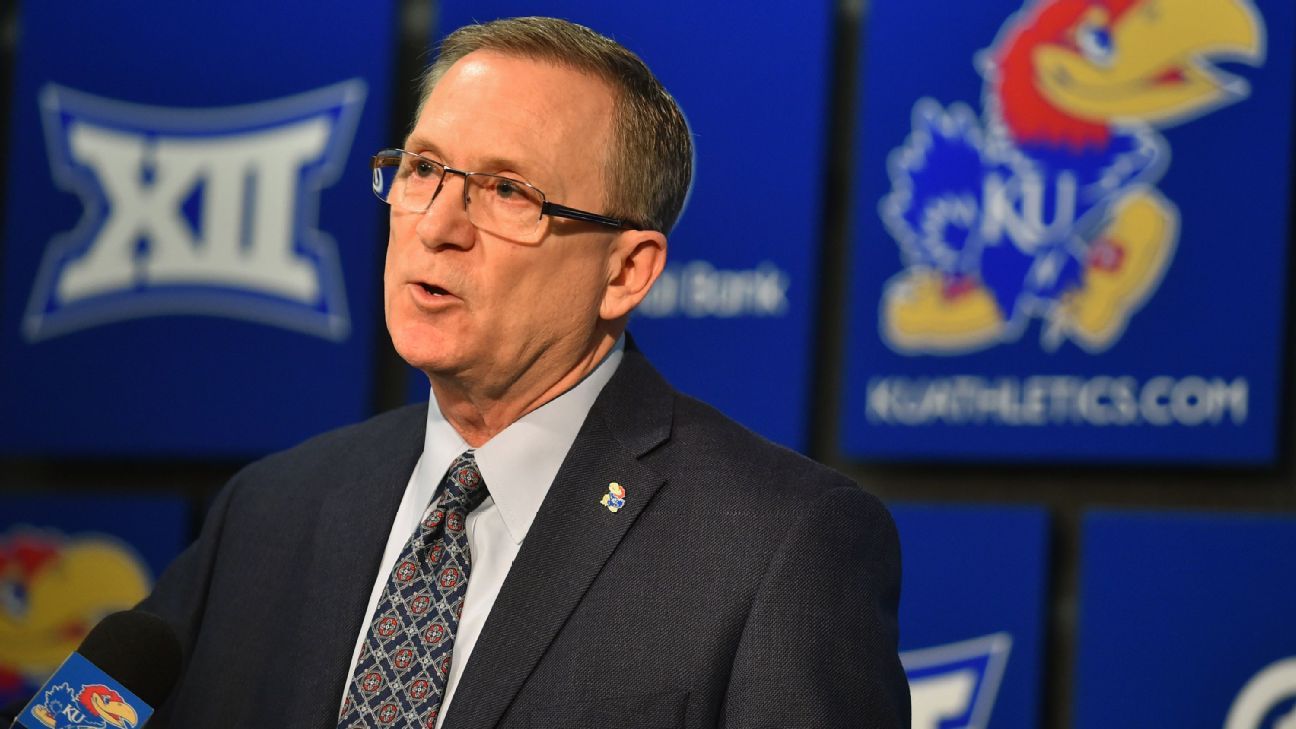 In the best of times, the top-level FBS athletic director has a difficult job. He or she is not only the CEO of a business with a nine-figure budget, but also the person who oversees the dreams of hundreds of student-athletes, 18-to-22-year-olds who aspire to a college diploma and/or a professional career.

This is not the best of times.

“It’s been extremely difficult,” Kansas athletic director Jeff Long said. “This has been the most challenging stretch of my personal career.”

This from a guy who had to fire Bobby Petrino for taking the World’s Dumbest Motorcycle Ride in 2012, then got fired from Arkansas himself five years later.

Wisconsin athletic director Barry Alvarez longs for the good old days of March, when the world of intercollegiate athletics faced cataclysmic change in trying to implement name-image-likeness (NIL) rules. Five months ago, Alvarez ran a program that had built up a $70 million reserve. This week, he announced a fundraising campaign to combat revenue losses of anywhere from $60 million (if the Badgers play a 10-game conference season) to $100 million (if they don’t play at all).

“I don’t think it’s an embellishment to say the experience we love as Badgers and the legacy of our extraordinary athletic department is at risk,” Alvarez wrote.

The burner beneath NIL has been turned from hot to simmer, while Alvarez’s concerns about the program’s financial security has transformed from confident to “We’ll figure it out.”

Imagine being an athletic director since the onset of the coronavirus pandemic. On second hand, don’t. Spring sports disappeared. Stanford, the Amazon of the NCAA, both in size (36 varsity sports) and dominance (126 NCAA championships), cut 11 varsity sports. Notre Dame, which maintained its football independence for 132 years, will play for the Atlantic Coast Conference championship this season.

That is, if there is a season. Football, the sport in which teams schedule games more than a decade out — Georgia at Clemson in 2033, anyone? — is just this week announcing a 2020 schedule.

Football pays the bills. Long is preparing for a 20% reduction in revenue, $23 million based on the $114.7 million that came in the door in fiscal 2019. That’s the money that pays for the other sports, pays the salaries to coaches, pays for the Jayhawks women’s golf team to go to Florida twice last winter, pays the light bill. You can argue the wisdom of those spending choices, or, in light of the #WeAreUnited demands by Pac-12 football student-athletes, the fairness of them. But those arguments are moot when the reservoir of cash is running dry.

“It’s frustrating,” Alvarez said. “It is really frustrating. There are things you want to do, things you think are right. But you can’t. You can’t get ahead of yourself. It gets very frustrating. You want to play. You think, ‘Hell, let’s play. We’ll figure it out afterward.’ You can’t. Christ, you have a hard time going to a restaurant.”

Athletic directors have arrayed before them nothing but bad options, and they must choose one, like dining at the buffet from hell. In April and May, Long assembled just that menu for the Kansas athletic department’s 220 employees, calling for furloughs and/or pay cuts to save $1.15 million.

“Those are the hardest things,” Long said, “because you know it has great impact on not only that staff member, but their families and their children and all those things. You have to channel that the right way, battle through that.”

That kind of business decision, the hard, necessary kind, must be made. Long is known among athletic administrators for his ability to make decisions. That’s one of the reasons the conference commissioners who oversee the College Football Playoff made Long the first chair of the selection committee when it began operating six years ago. Good athletic directors aren’t afraid to act. They loved competing so much, they made it their lives’ work. Alvarez, 73, played linebacker at Nebraska, won a national championship as defensive coordinator at Notre Dame in 1988 and led Wisconsin out of the ashes to three Big Ten championships.

Long, 60, is a former Division III quarterback at, as he calls it, The Ohio Wesleyan University, where he ran the veer offense, which depended on the acuity of the quarterback to process information quickly and correctly.

“That exemplifies his ability to make decisions,” College Football Playoff executive director Bill Hancock said. “Read the situation and decide whether to give the ball to the fullback, keep it or pitch it.”

The buttoned-up side of Long insists upon wearing a shirt and tie, even as he works from his home office. His dry cleaner will tell you Long might be wearing shorts. “My bill has gone down dramatically,” Long said, but the shirt and tie is his uniform.

Option quarterbacks learn how to make the right decision even as they see they are about to take a bone-jarring hit. Long’s executive life has transformed for him the way it has transformed for so many of us — days filled with Zoom calls, workplace interaction reduced to pixels on a screen. The difference is that athletic directors are suffering the brunt of what the pandemic has done to American businesses while also enduring the loss of what brings so many of them to work every day. They are in the business to continue to compete, to coach and mentor and be around the student-athletes.

“We have almost 500 of them,” Long said. “The young people are who give you your energy, your motivation, keep you motivated to meet the challenges we have in running the $100 million-plus business, dealing with higher education. When you don’t get to be around them, it changes your perspective.”

He had to think to remember the last time he had been in the presence of a student-athlete. When the football team halted voluntary workouts last month, a walk-on defensive end named Zack Biddison took a job driving for a food delivery service. Long ordered dinner and answered the door.

Alvarez joined the Badgers football team last week in taking not only the standard swab test for COVID-19, but an experimental saliva test being developed by University of Wisconsin researchers. An accurate saliva test would allow the economy, not to mention intercollegiate athletics, to operate with more certainty. Standing in line for a swab is not the way Alvarez envisioned spending time with his student-athletes.

“We’ve got to get some answers,” Alvarez said. And without hesitation, when asked about finding a solution to how to keep football players safe in the spitting, sweating, scratching, clawing maw at the line of scrimmage, he replied, “No one has that answer yet.” Alvarez expressed incredulity at the suggestion that players wear breathing masks. Wearing a helmet on a late summer day is hot enough.

Long is planning as if Kansas athletics is completing the fifth month of a 24-month ordeal. It’s not difficult to imagine the shape that intercollegiate athletics will be in if it must endure two years of a pandemic — it’s impossible. That’s the job athletic directors have now.

“As you learn in athletics, you manage what’s dealt to you,” Alvarez said.

You learn, but that doesn’t make it easy.

Both men are confident that intercollegiate athletics, like the rest of American society, will find a new path, perhaps in ways even better than anything we had before. In the now, we have been under siege for five months.

It only seems as if it has been forever.