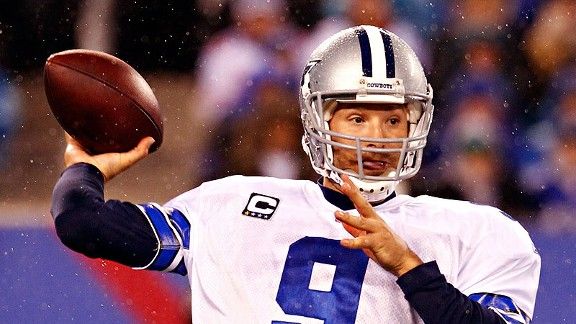 Cliff Harris would be inducted into the Pro Football Hall of Fame this year, joining Dallas Cowboys teammates such as Roger Staubach, Bob Lilly, Randy White, Mel Renfro and Rayfield Wright, if not for the coronavirus pandemic causing a change in plans.

Harris would carry with him a distinction his teammates did not have: the franchise’s first undrafted free agent to be enshrined in the Hall of Fame.

The current Cowboys have 12 undrafted rookies on their roster, but the chances of becoming the next Harris, Drew Pearson, Mark Tuinei, Everson Walls, Bill Bates, Tony Romo or Miles Austin are severely limited because they will not have an offseason program or any preseason action to show their worth. The Cowboys went from having five preseason games in 2020, including the Hall of Fame Game against the Pittsburgh Steelers that was scheduled for Thursday, to none.

Cowboys’ history is littered with undrafted player success stories. Pearson is a member of the 1970s All-Decade team and has been a Hall of Fame finalist. In 1981, Walls led the NFL in interceptions as an undrafted rookie. Tuinei and Bates made the Cowboys as undrafted free agents in 1983 and lasted 15 seasons each, winning three Super Bowls.

“Without a doubt I wouldn’t have made the team,” said Barry Church, a defensive back who made the Cowboys’ roster in 2010 as an undrafted free agent from Toledo and became a starter in 2012. “I was one of the guys going into the last preseason game against the Miami Dolphins and still had to play my way in there. I made some big plays in the preseason, had a fumble recovery, opened some eyes.

“To me, without any preseason games, without an offseason, I don’t think there’s any way I’d make it.”

If Church had his fumble recovery that marked a big preseason, then running back Phillip Tanner had a helmet-less touchdown run against the San Diego Chargers in 2011 that was ultimately called back because of a rule change that blew a play dead when a player lost his helmet.

Tanner entered Cowboys’ training camp behind Felix Jones, Tashard Choice, DeMarco Murray and Lonyae Miller. The Cowboys were going to keep three running backs entering camp and he was fifth on the depth chart. Tanner made the roster as the fourth running back because of his special-teams play in the preseason.

If his practice snaps were limited, his game opportunities were greater because of injury and veterans not playing in the final preseason game. Veterans don’t play much at all on special teams, either.

“I don’t see how guys can make the team for the simple fact you don’t get that showcase,” Tanner said. “At practice, the reps are so limited. As an undrafted guy, maybe I would get, say, three reps at practice, if that, max. On those reps, I might not even touch the ball. You may be the play-action guy and carry out a fake.”

Last year, Tanner was a Cowboys assistant coach and he saw coaches’ evaluations during the preseason from a different perspective.

“[Draft picks] will get a seat at the table first. I can’t say you won’t eat, but those guys are in front of you first,” Tanner said. “All you may get is crumbs. That’s the hard part of no preseason games. In practice if you’re sixth in line at the training table, there might not be nothing but a piece of bread.”

In 2013, safety Jeff Heath arrived in Dallas from Saginaw Valley State with a $2,000 signing bonus. He figured he was anywhere from 85-90 on the 90-player roster. He used the offseason program to gain the trust of coaches and players.

“White Lightning, that’s what we called him,” Church said. “He made a diving interception in an OTA and it lit up the whole room. That’s where the nickname came from.”

In the Hall of Fame Game that year against Miami, he was 5 yards ahead of everybody else on the opening kickoff, so much so that former coach Jason Garrett rewound the tape often to see who it was and retold the story almost every year when asked about Heath. Heath started nine games as a rookie and ended up starting every game he played from 2017 to ’19.

Adam Thielen says if there wasn’t a preseason or other offseason opportunities the year he came into the NFL, then he would not be where is today.

“It’s not just the preseason games. I put my name on the map a little bit in the OTAs and that’s where you can show your athletic ability, ability to pick up the playbook,” Heath said. “It’s important you get on the coaches’ radar. I don’t know if [defensive coordinator Monte Kiffin] knew my name in the first three to four weeks. [Special-teams coach Rich Bisaccia] said, ‘I want to introduce you to the defensive coordinator.’ That’s why I think it’s just going to be tough for these guys [now in 2020].”

Romo has a different thought on preseason action.

In 2003, he eschewed a larger signing bonus from the Denver Broncos to join the Cowboys for $10,000. In looking at each quarterback situation, he determined his best chance to make the roster was with the Cowboys, who had Quincy Carter, Chad Hutchinson and Clint Stoerner at the position.

“In my first or second year, I would have almost preferred not to play any,” Romo wrote via text message. “That way the evaluation of you as a player was not mostly dependent on three series in two or three games but on a month of practice day in, day out. In other words, you can improve and not worry about results as much. Now, when you’re wanting to compete and take somebody’s job, you need the preseason to really make the coaches trust you.”

In the 2006 preseason opener, Cowboys coach Bill Parcells had Romo play the entire game against the Seattle Seahawks. He completed 19 of 25 passes for 235 yards and a touchdown in a 13-3 win. In the seventh game of the 2006 regular season, he made the first start of his career.

Perhaps one day defensive end Ron’Dell Carter, linebacker Francis Bernard or running back Darius Anderson will look back to 2020 fondly as undrafted success stories for the Cowboys. Their paths to success would be different than just about most others.

Tanner has some advice for the current undrafted free agents.

“Of course you have to be on top of everything, but answer questions in every meeting, sit in the front, take notes on anything and everything,” he said. “Do everything you can to gain the trust of the staff and teammates. You’ve got to go above and beyond. Meet with the coaches. Then in practice, make sure you show up on that film every day so the coaches say, ‘Hey, we like this kid. We’ve got to see more.’ If you get one rep, it’s got to be 100% because that one rep might turn into two reps.

“There’s no room for error. Every rep, every practice, that’s your preseason game.”