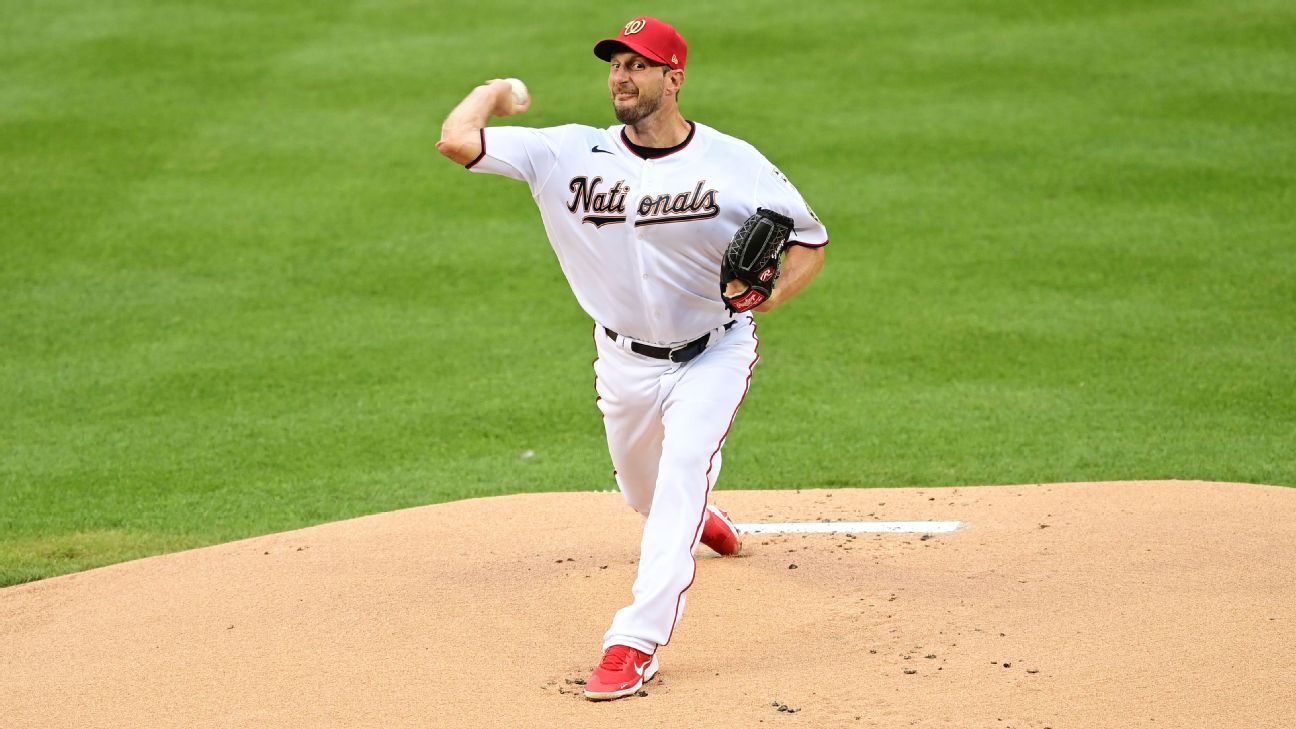 Washington did not immediately announce why Scherzer was taken out of the game after merely 27 pitches.

He was replaced in the top of the second by Erick Fedde.

Scherzer was not as sharp as usual Wednesday, going to 2-0 counts against each of New York’s first two batters, walking one and giving up a single to the other.

The Mets eventually went ahead in the first on Dominic Smith‘s sacrifice fly.