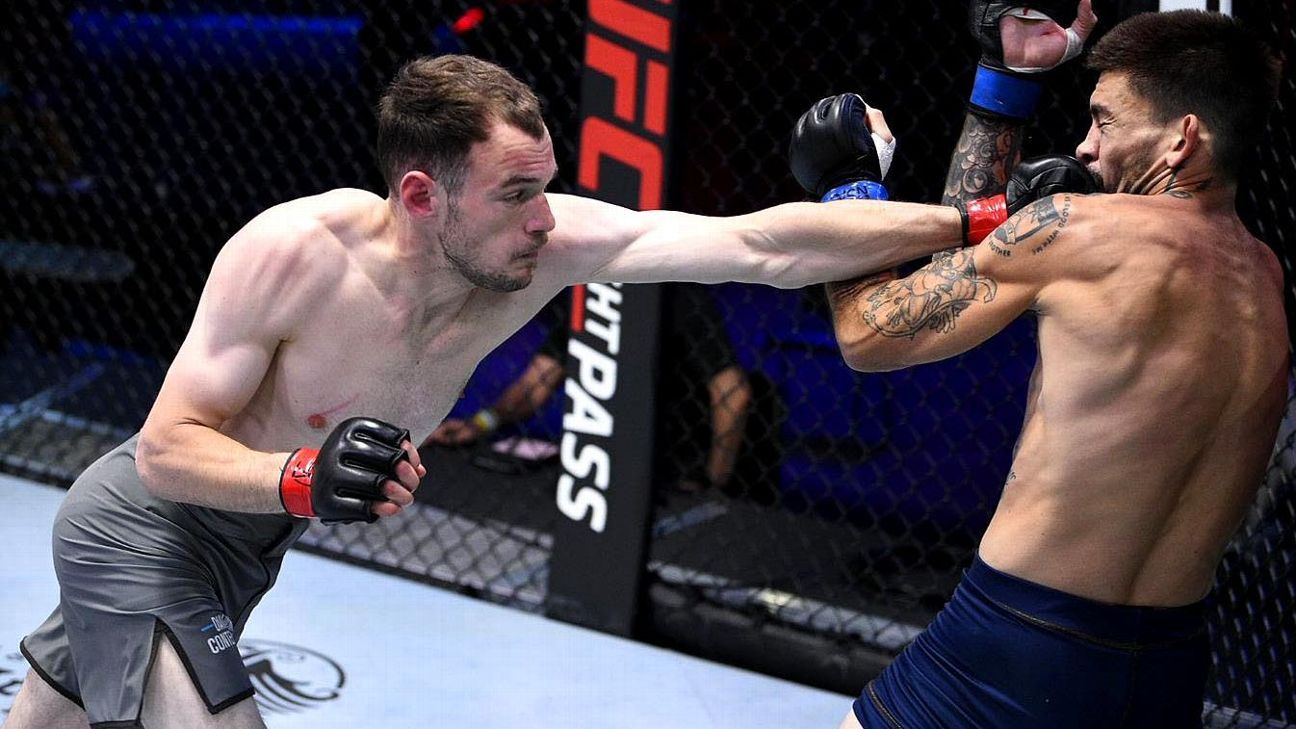 “Wow!” Dana White said, and that was all the UFC president needed to say.

He was being interviewed in order to reveal if any of the eight fighters who competed in Tuesday’s opening episode of Season 4 of “Dana White’s Contender Series” were going to be awarded UFC contracts. Through three seasons, the show has added 80 names to the UFC roster.

White did not exactly play his cards close to the vest when speaking about Uros Medic, an undefeated 27-year-old from Serbia (6-0) who put on an explosive performance in a first-round TKO of lightweight Mikey Gonzalez. Inside an empty UFC Apex in Las Vegas, Medic’s loud assault of body kicks echoed.

“He was without a doubt the star of the show tonight,” White said. “This kid is explosive, powerful, badass, 100 percent finish rate. This dude is right up my alley. I love him. Welcome to the UFC, kid.”

White was not finished welcoming fighters to his promotion. He awarded contracts to the winners of two of the evening’s other three fights as well.

The card’s other unbeaten fighter, fellow 155-pounder Jordan Leavitt, kicked off the show with a dominant, poised, first-round submission of Luke Flores. Leavitt (7-0), a 25-year-old fighting in his hometown just 18 days after his last bout, got his fifth career tapout and a ticket to the Octagon.

The other contract went to Dustin Jacoby, who is not a lightweight, is not undefeated and did not get a finish. But the 32-year-old from Colorado has UFC experience. The light heavyweight fought in the big show twice nearly a decade ago, losing both times. Since then, he has competed mostly in kickboxing, including nine bouts in the elite Glory promotion.

That pedigree showed. Jacoby (12-5) lit up Ty Flores from the start, beating him down and marking him up with punches, elbows, kicks, knees, backfists, everything one can throw at another human being. In the end, his 117 significant strikes were the most by a 205-pounder in the history of Dana White’s Contender Series.

Flores went down several times and got a bunch of “Fight back!” orders from referee Herb Dean, but he toughed it out to the final horn. Jacoby’s output tired him by Round 3, so he was unable to land a finishing blow and had to settle for a unanimous decision. The judges scored the bout 30-26, 29-27 and 29-27.

“Even when he got tired, he was exchanging,” White said. “He fought a guy who is seriously tough and durable. I also think that the fight could have been stopped in the second round. I’m gonna give him a shot.”

White especially loved the performance of Leavitt — for proving him wrong. White laughed at himself for doubting Leavitt.

“He goes in and takes Flores down — Flores has five submissions,” the UFC president said. “I’m like, why would you take this guy down? … Submits him easily.”

The one bout that did not earn either fighter a UFC deal was as exciting as the rest but did not produce a clear winner. Jerome Rivera and Luis Rodriguez did what flyweights do, going back and forth with three rounds of high-octane action. Rivera (10-2), a 25-year-old out of Santa Fe, New Mexico, showed good, aggressive standup to get a unanimous decision over Luis Rodriguez (11-2), 21, out of Mexico.

“Both of these guys will be in the UFC someday, I think,” White said. “Just not tonight.”