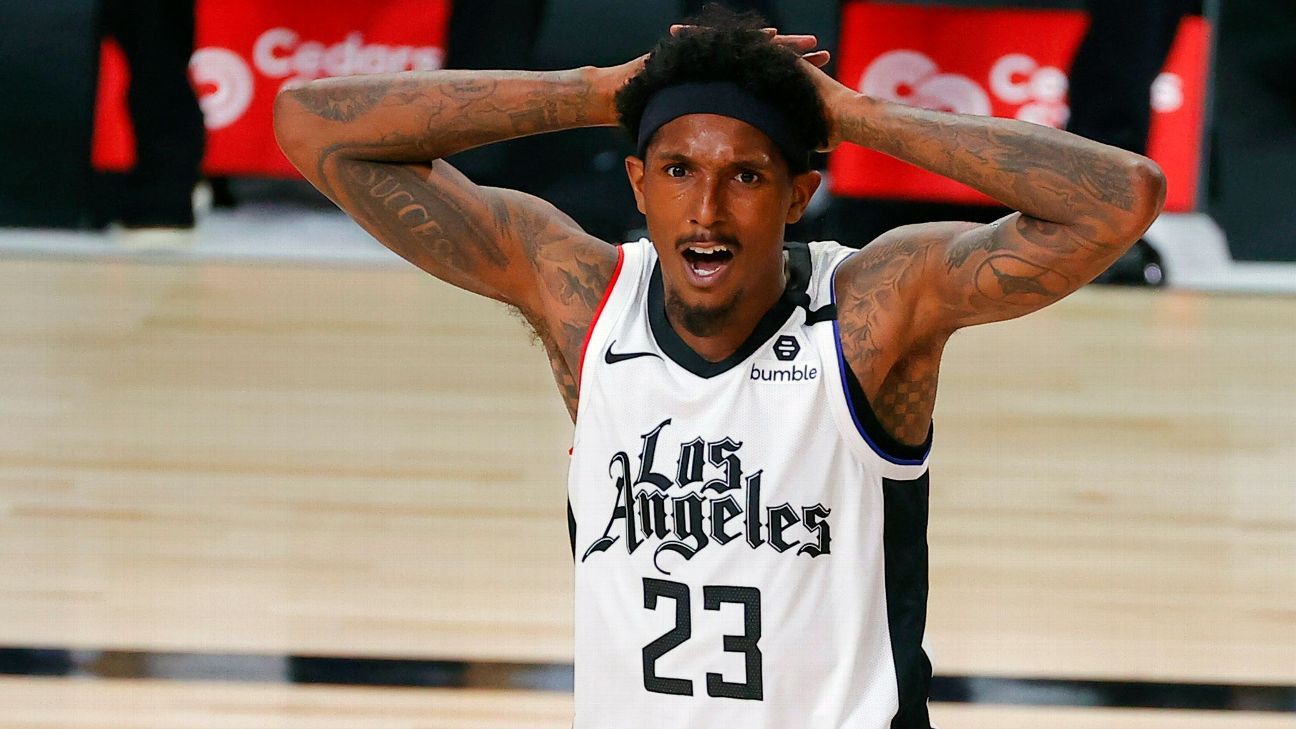 Tuesday hasn’t exactly gone as anyone expected down in Orlando. First, to start the day, the Brooklyn Nets pulled off the biggest point-spread upset in 27 years, beating the Milwaukee Bucks outright despite being a 19-point underdog. Then, after the Dallas Mavericks needed overtime to beat the Sacramento Kings, Devin Booker‘s incredible buzzer-beater lifted the Phoenix Suns — who are now 3-0 in the NBA restart — to a win over the LA Clippers. We’ll see if things get back to normal with Celtics-HEat and Rockets-Blazers tonight, but at this point expected the unexpected.

Here’s the latest on the standings, the games to watch Tuesday and Wednesday, plus everything you need to know. Check back here for highlights and updates throughout the day.

Tuesday’s game-winning shot was Devin Booker’s third career buzzer-beater, tied with LeBron James for the most in the NBA since Booker entered the league in 2015-16.

Last month Loeffler wrote a letter to WNBA commissioner Cathy Engelbert objecting to the league’s promotion of Black Lives Matter — which is painted on the courts at the IMG Academy in Bradenton, Florida, where the league is holding its return — and instead advocating for teams to add American flags to jerseys. Full story

Dallas Mavericks guard Luka Doncic finished with 34 points, 20 rebounds and 12 assists to help the Mavs hold off the Sacramento Kings in overtime on Tuesday. Doncic, who now has 11 30-point triple-doubles this season, became just the fourth player since the NBA-ABA merger in 1976-77 to post a 30-20-10 game, becoming the youngest to do so in NBA history.

Memo to fans: Stop promising to get tattoos

First there was the fan who said he’d get a face tattoo if Deandre Ayton made a 3-pointer in the bubble (he made two in the Suns’ first seeding game). Now we have the case of the fan who is on the hook for a Jarrett Allen back tattoo after the Nets pulled off the biggest upset since 1993.

Just know that we all are waiting on that tattoo @birdsnets pic.twitter.com/RiPRpFMGBJ

Amazingly, that wasn’t even the only Nets tattoo that is going to happen as a result of Tuesday’s win.

It is the 3rd-largest upset in the NBA in the last 30 seasons. pic.twitter.com/jJTCJWWUxl

The NBA’s plan to put virtual fans on video boards at the games at ESPN Wide World of Sports has created some interesting moments. Tuesday, there were a few guest appearances by man’s best friend.

When you see it…😂 pic.twitter.com/YMOh0qFmfw

In addition to his cameo as a virtual fan with his dog, Nets guard Timothe Luwawu-Cabarrot scored a season-high 26 points to help lead Brooklyn to a win over Milwaukee.

LA Clippers guard Lou Williams will make his restart debut on Tuesday against the Phoenix Suns after clearing his 10-day quarantine.

Coach Doc Rivers said his Sixth Man of the Year will be on a minutes restriction “guided by his lungs most likely.” When Patrick Beverley came out of his shorter four-day quarantine for the restart opener, he came off the bench and played a total of 16 minutes.

The Clippers sent Williams to the gym to shoot and get some work in instead of going through the team’s light morning walkthrough before the game. Rivers said Williams has been watching practices on Zoom from his room, and the team provided him with a treadmill and bike in his room to maintain his conditioning.

With Williams back, the Clippers await Montrezl Harrell‘s return to the bubble to become whole again. Harrell left the team on July 17 to tend to a family emergency. The forward recently posted on social media that his grandmother passed away. — Ohm Youngmisuk

NBA players can’t have their families with them in the bubble until the second round of the playoffs, but that didn’t stop Giannis Antetokounmpo’s newborn son, Liam, from making an appearance on the video board as one of the Bucks’ virtual fans Tuesday.

Giannis not happy with Hall after shove

After sitting out the Brooklyn Nets‘ first two seeding games, 40-year-old guard Jamal Crawford made his 2019-20 season debut Tuesday against the Milwaukee Bucks. Crawford hadn’t played an NBA game since scoring 51 points for the Phoenix Suns on April 9, 2019. He played six minutes Tuesday, scoring five points before leaving with a left hamstring injury. The Bucks, meanwhile, got guards Eric Bledsoe and Pat Connaughton back today as well. Both will play limited minutes after having missed Milwaukee’s first two seeding games.

Of the six games on Tuesday, five of them involve at least one team fighting for a playoff spot. The Magic and Nets are tied for the No. 7 seed after the Nets beat the Bucks. Orlando faces a challenge in the Pacers and will be without Jonathan Isaac for the rest of the season.

The Blazers moved into the No. 9 seed after the Spurs’ loss to the Sixers on Monday, but they’ll need to beat the Rockets on Tuesday to maintain that positioning. That’s a tall task, given that Houston is off to a 2-0 start with wins over the Mavericks and Bucks.

After losing their first three games inside the bubble, it’s suddenly desperation time for the Grizzlies. Ja Morant may not have liked the idea of a play-in tournament when it looked like Memphis would be the No. 8 seed, but it seems likely his tune will change if the Grizzlies fall to No. 9. — Bontemps

The Thunder appeared to be on their way to a second straight victory, only to collapse and eventually lose to the Nuggets in overtime Monday. They’ll look to bounce back against the Lakers in what could potentially be a Western Conference semifinals preview. — Bontemps

The Nets are going to sit Caris LeVert, Jarrett Allen and Joe Harris against Milwaukee on Tuesday, so they should likely play the second game of the back-to-back against the Celtics on Wednesday. Even with them, though, Brooklyn is severely undermanned. Boston will also be playing the second game of a back-to-back, however, so it might also rest a few guys. — Bontemps

Our NBA experts weigh in on the biggest trends after the first weekend of basketball.

The Raptors and Rockets both upset top teams, while the Spurs and Blazers fight for the No. 8 seed in the West.

Toronto remains horribly under the radar in this year’s title race. That needs to change.