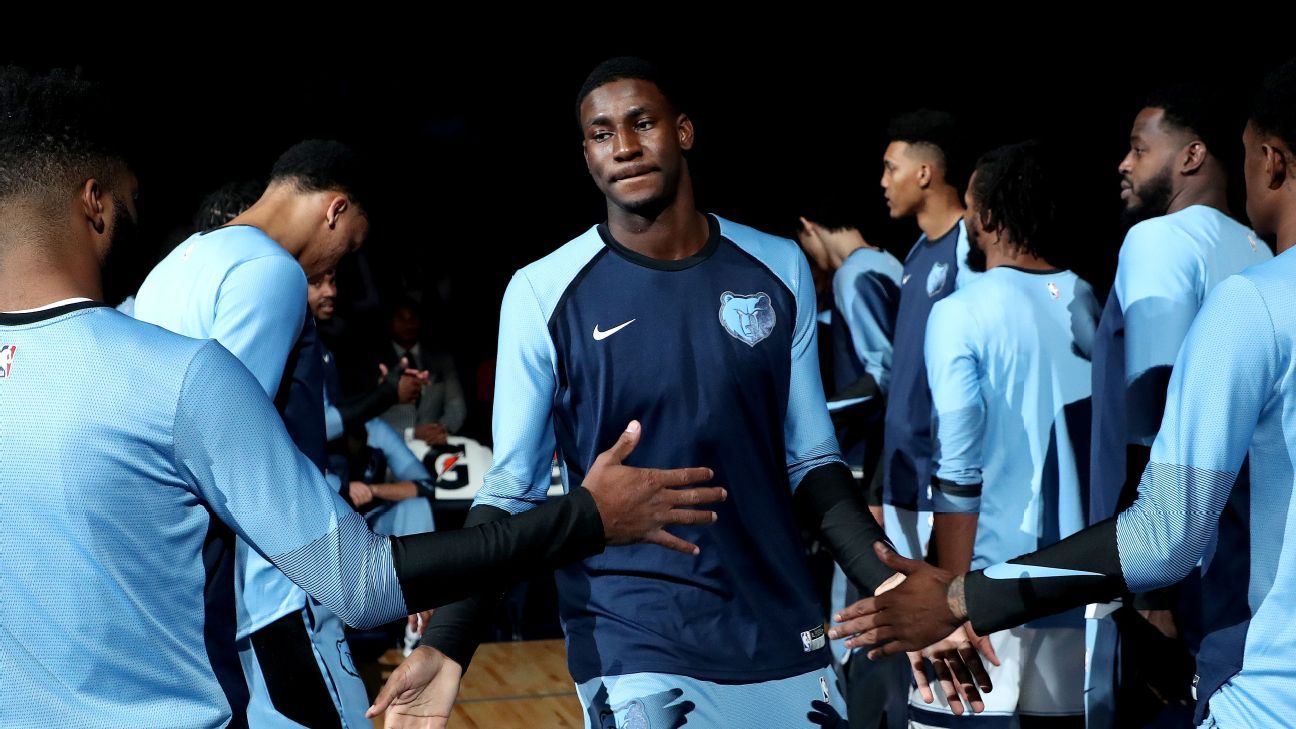 LAKE BUENA VISTA, Fla. — The Memphis Grizzlies, having already lost their first three games inside the NBA’s bubble at the Walt Disney World Resort, were dealt a significant blow to their playoff hopes Tuesday when promising young forward Jaren Jackson Jr. was ruled out for the remainder of the season after suffering a meniscus tear in his left knee.

The Grizzlies announced Tuesday night that Jackson “experienced an unstable landing after making contact with an opposing player with contesting a shot” during Memphis’ loss on Monday to the New Orleans Pelicans, with further evaluation revealing the meniscus tear.

The team said Jackson is expected to make a full recovery.

Jackson, 20, had been outstanding in the first three games for Memphis, averaging 25.3 points per game — including 33 on Friday night against the Portland Trail Blazers — and averaged 17.4 points while shooting nearly 40% from 3-point range this season. He and presumptive Rookie of the Year Ja Morant have already formed one of the most explosive one-two combinations among young players in the NBA and helped power Memphis into the Western Conference’s eighth playoff seed heading into the NBA’s restart.

But after three tough, close losses to open play — Friday in overtime to the Blazers, Sunday to the San Antonio Spurs and Monday to the Pelicans — Memphis is now just two games ahead of the Blazers and Spurs for eighth in the West, and with all five games remaining (vs. Utah, Oklahoma City, Toronto, Boston and Milwaukee) coming against surefire playoff teams.

The eighth- and ninth-place teams in the West will play against one another in a play-in tournament later this month at the conclusion of the eight seeding games — assuming there are four games or fewer between the two teams, something that is all but guaranteed to happen now. The eighth-place team will have to win one of two games to advance to the face the Los Angeles Lakers in the first round of the playoffs, while the ninth-place team would have to win twice.