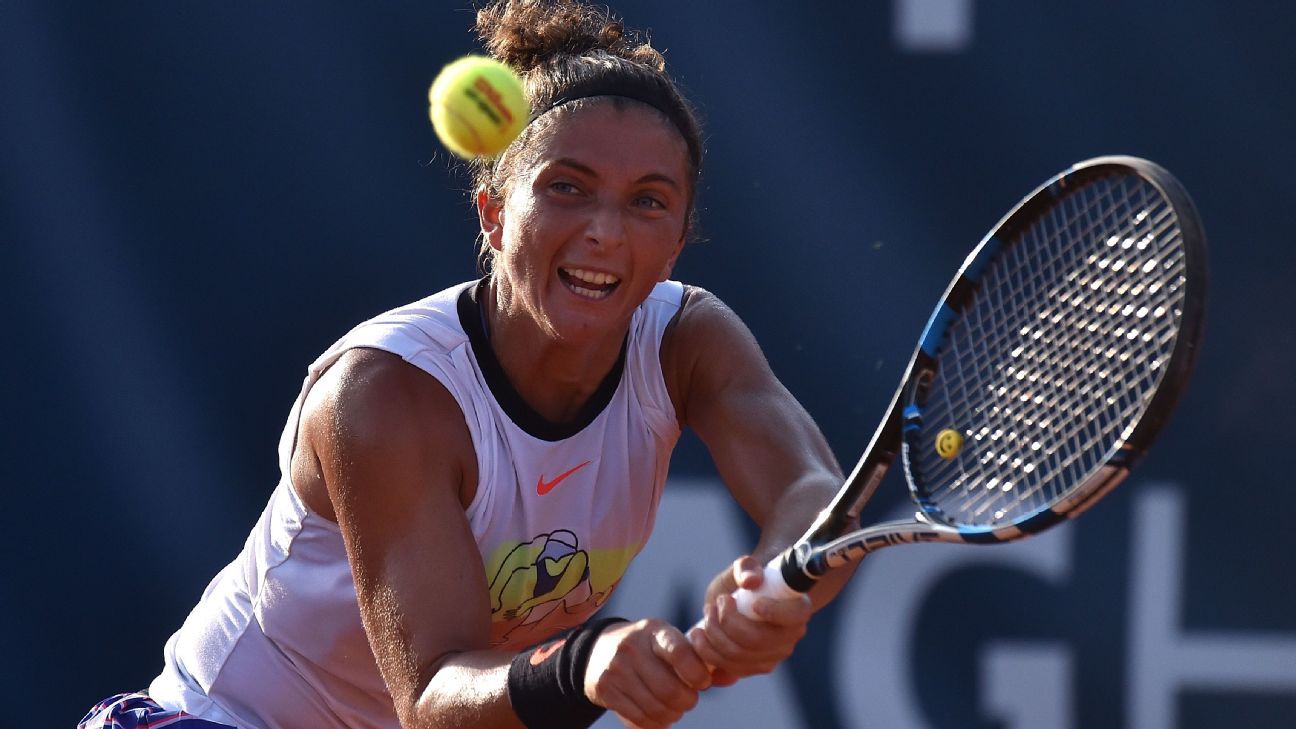 It was the second consecutive three-set win for Errani, who received a wild-card entry for the first tour-level tournament — for men or women — following a five-month break because of the coronavirus pandemic.

Players and officials for the tournament are being tested every four days for COVID-19 and one player who tested positive withdrew over the weekend. New protocol includes fewer ball kids, a limited number of fans and no post-match handshakes between opponents.

Errani, who lost the 2012 French Open final to Maria Sharapova, had struggled to regain her form after serving a two-month ban in 2017 due to an anti-doping violation. Her ranking is down from a career-high of No. 5 in 2013 to No. 169.

“I’m a bit calmer now and I’m able to impose my game better,” Errani said. “I’m more into the matches — not more focused, but I know more of what I need to do.”

Palermo brings back good memories for Errani, who won the Sicilian tournament twice and also finished runner-up twice — to go with three titles in the doubles event.

It was Errani’s 180th career win on clay — more than any other active player.