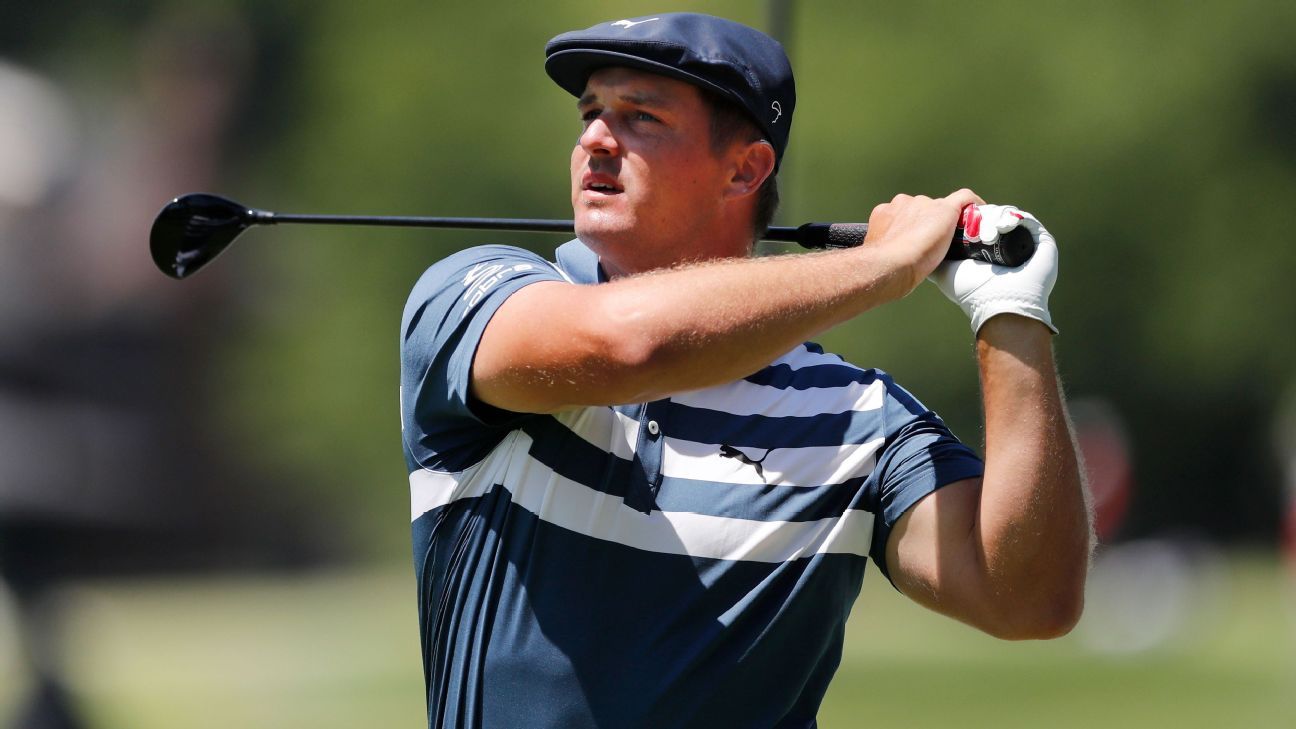 SAN FRANCISCO — Bryson DeChambeau has gained some 50 pounds in less than a year, has added muscle to his body and is hitting his tee shots on average more than 20 yards longer.

He’s been the talk of the game since the PGA Tour resumed its schedule in June, and some of it has been chatter about whether the seventh-ranked golfer in the world was aided chemically to achieve those gains. Brooks Koepka joked about it on Twitter.

But even DeChambeau’s trainer understands why there might be that kind of conjecture.

Greg Roskopf, who works with the Denver Broncos, told ESPN’s Gene Wojciechowski that it’s been a three-year process to get to this point and that the golfer was preparing his body for two years before undertaking such change.

“But under normal circumstances, you’d say the only way somebody could make those changes is by taking steroids. And I can guarantee you, that’s not been part of his process and not even a thought in his head. It’s just been part of the evolution of him being involved in this program and being able to tolerate the forces that his body’s been able to tolerate. And those changes in strength have been amazing, but it’s all natural from this end of it.”

DeChambeau, 26, has eight professional wins, including last month’s Rocket Mortgage Classic. He is competing in the PGA Championship at TPC Harding Park this week, with his best previous finish in a major a tie for 15th.

Last fall, DeChambeau said he would be undertaking a program to gain weight and muscle in an effort to handle physical issues with his golf swing and hit the ball farther. Roskopf said the golfer was 190 pounds when they started the process and is up to 240 pounds now.

Along with the added bulk has come increased driving distance that has seen DeChambeau challenge for the PGA Tour lead in that category. He has said he hopes to put on even more weight.

In various interviews, DeChambeau has said he is consuming some 3,500 calories per day with a variety of large meals and protein shakes.

“I think that’s very low,” Roskopf said. “It might be close to double that, 5- to 6,000. I’ve done measurements of caloric intake and dietary analysis. And I’ve seen with athletes, what they are taking in and I’d say he’d be up to 5- to 6,000 calories a day with all the protein shakes he’s taken in and the food he is eating. He’s got a lot of calories going into his body, and in a low level, 3,000 to 3,500 wouldn’t allow him to gain the type of mass that he’s gained over this short period of time.”

Roskopf said it is unusual to see NFL players add the kind of weight DeChambeau has put on.

“I’ve never seen the type of changes on an athlete that he’s made in this last six-month period,” Roskopf said. “It’s a rare occasion. You’ll see these athletes gets bigger, faster and stronger. But a lineman or a linebacker can come into the NFL and in their career gain maybe 10 to 20 pounds. But to see somebody gain 50 pounds and in that time that he’s done it is, I mean, kind of unbelievable.”