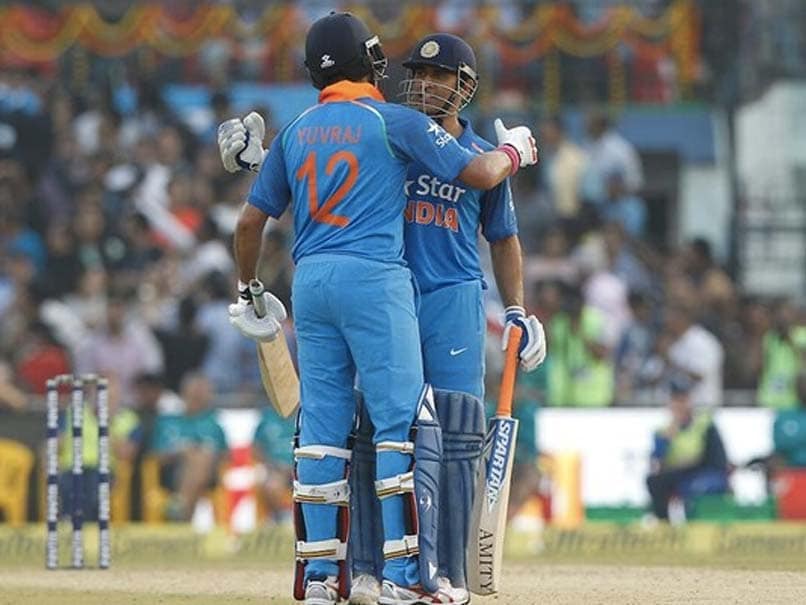 Yuvraj Singh said that MS Dhoni was the person who revealed to him that his India playing days were done as the selectors weren’t looking at him for the 2019 World Cup after he was dropped midway through 2017. Yuvraj Singh retired from international cricket in June 2019 after his chances of being included in the World Cup squad were largely over. “Obviously, I had performed in domestic cricket (for Punjab). But then it was Dhoni who showed me the correct picture on the 2019 World Cup and that selectors are not looking at you,” he told News18 in an interview.

“He showed me the real picture. He did whatever he could, but sometimes as captain, you can’t justify for everyone. Captains worldwide have got stick, be it Sourav Ganguly or Ricky Ponting. Supporting or not supporting is individual choice. He (Dhoni) gave me clarity. Jitna unse ho saka unhone kiya (he did as much as he could),” Yuvraj Singh said.

The 38-year-old made his ODI comeback in early 2017 and impressed immediately upon return, smashing a career-best 150 against England in Cuttack. But his form dwindled as the year rolled on as he scored just one more fifty and finished with 105 runs from four innings during India’s 2017 Champions Trophy campaign, where the team finished runners-up to Pakistan. Further diminishing returns on the tour to the Caribbean that followed the Champions Trophy marked the end of the road for the Punjab cricketer.

Yuvraj played a pivotal role in India’s 2011 World Cup victory at home but cancer in 2012 left his career in a limbo. He made his first comeback from illness in 2013 but was left out of the squad for the 2015 World Cup.

“Till the 2011 World Cup, MS had a lot of confidence in me and used to tell me that ‘you are my main player’. But after coming back from illness, the game changed and a lot of changes happened in the team,” Yuvraj said.

“You can’t pinpoint these things; captains have to take the team forward. So as far as the 2015 World Cup is concerned, you can’t really pinpoint at something. So, this is a very personal call.

“So, I understood that, as a captain, sometimes you can’t justify everything because at the end of the day you have to see how the country performs. Every captain supports certain players. I felt MS supported Suresh Raina and Ravindra Jadeja when they struggled a lot. Virat has supported KL.

“I don’t blame people for not having trust in me when I came back from cancer; I myself took a while to have the same confidence in my game,” Yuvraj added.

But he had the backing of Virat Kohli when he made his final comeback in 2017. “When I made my comeback, Virat Kohli supported me. Had he not backed me then I wouldn’t have made a comeback,” he said.