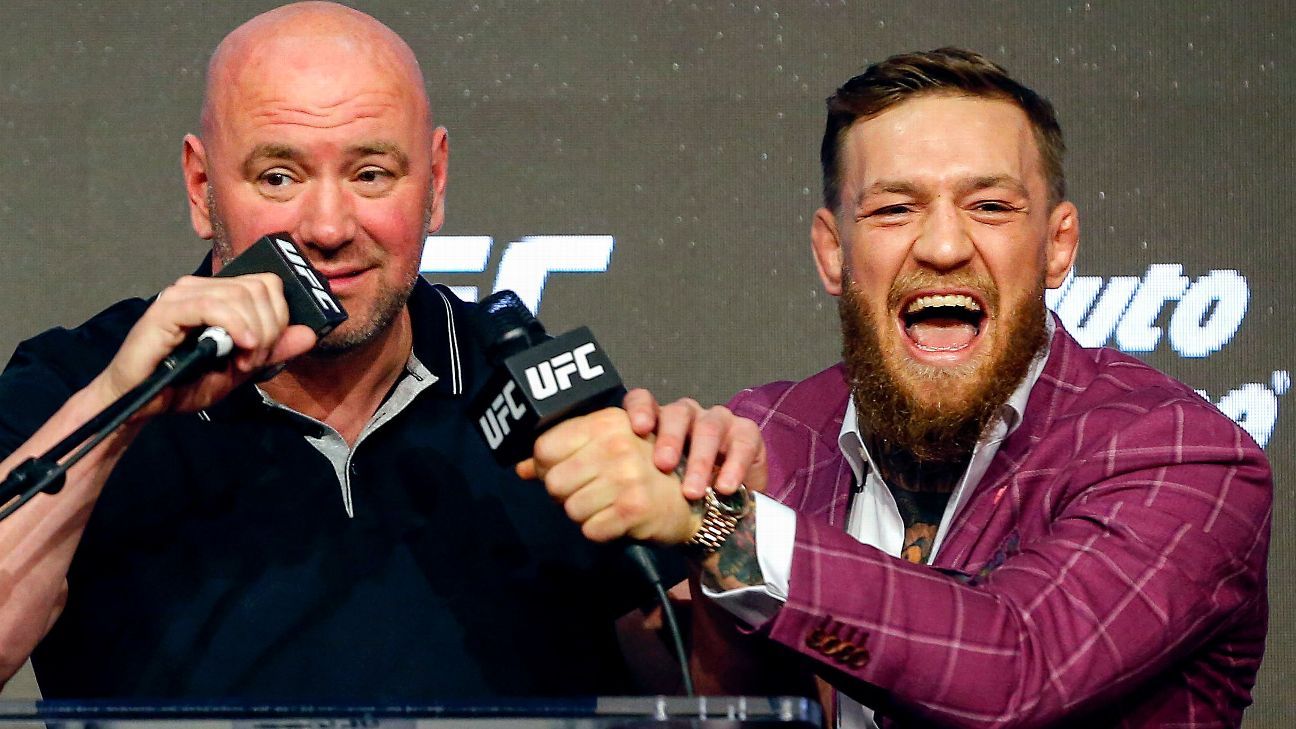 Dana White does not expect Conor McGregor to return to the Octagon this year.

The UFC president said Monday in an interview with Barstool Sports that there are no plans for McGregor to fight in the UFC again in 2020. White said he considers McGregor retired ever since McGregor tweeted about retirement June 6.

McGregor, the UFC’s biggest star and the former lightweight and featherweight champion, beat Donald Cerrone by TKO in just 40 seconds at UFC 246 in January. He initially planned on fighting at least three times this year, but the COVID-19 pandemic and other issues have been obstacles.

McGregor told ESPN’s Ariel Helwani in June that nothing in the UFC really excited him, prompting the retirement tweet. White said he wouldn’t rule out a McGregor return in 2021. But he said not to look too much into McGregor’s cryptic “I accept” tweet last week.

White said if McGregor was weighing any kind of offer, he would have called White — and he had not. “I’m not focused on anything with anybody who’s not fighting,” White said. “Conor McGregor is retired. Do we all believe he’ll stay retired? I think most of us don’t believe he’ll remain retired.”