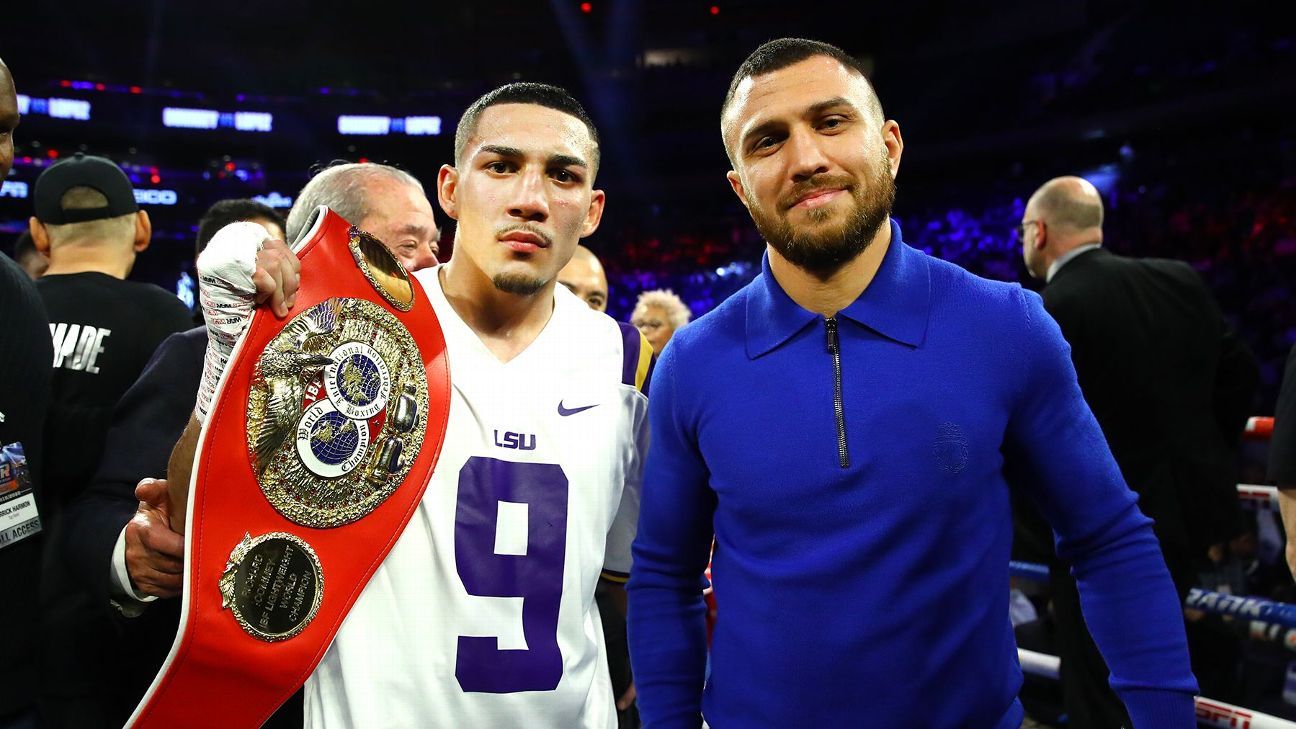 According to a report from The Athletic, Lopez is balking at the $1.25 million offer from Top Rank for the fight.

Theoretically, Lomachenko-Lopez seemed like an easy match-up to make with both fighters being promoted by Top Rank. But the financial parameters on the business side of boxing have changed due to the current economic conditions as a result of the coronavirus pandemic.

“We explained to them we have no gate, no closed-circuit,” said Top Rank CEO Bob Arum of his talks with Lopez. “I mean, we’re willing to pay him a big price, but again, I’m not going to lose millions of dollars on an event because he thinks he’s worth more.”

After Lopez knocked out Richard Commey in two rounds last December to win his first world title, anticipation for a showdown with Lomachenko at Madison Square Garden in the spring began to grow.

Lopez’s manager says he understands the situation, but believes his fighter deserves a bigger payday for a fight of this magnitude.

Lomachenko, who currently holds the WBO and WBA lightweight belts, as well as the WBC franchise title, is considered by many to be the pound-for-pound best boxer in the world. Lomachenko is ESPN’s top-rated lightweight followed by Lopez.

“Everybody is trying to do the right thing,” said David McWater, who manages the 23-year-old Lopez. “But there doesn’t seem to be enough money for everybody. “We were willing to take a hair cut from what was expected before, but not one of the magnitude presented to us.”

Lopez has said previously that he will soon move up from the 135-pound division, but McWater says he’ll stick around the division for now.

“I think more likely we would take another fight at 135, and re-visit (Lomachenko),” answered McWater, who believes that the onus to tie both ends together should come from the network that would televise this highly anticipated clash.

“To me, a lot of this has to do with ESPN,” he stated. “I mean, if they want the fight I think they should find a way to make it work for Top Rank. Bob’s right, Top Rank shouldn’t have to lose money on this — but neither should Teofimo. The big winner here would be ESPN, I feel it should be incumbent on them to find a way to make this happen.”

Lopez and his father/trainer, Teofimo, have been very outspoken in their desire to face Lomachenko for the past year or so. But now it’s clear that they will only do it at a certain price. On August 1st , Lopez tweeted out: ‘How you mad at me and I’m just tryna feed my family..’

“If we don’t make a deal with him, we’ll move off,” said Arum, who said at that point he’d look for another opponent for Lomachenko this fall. “But I’m optimistic still that we’ll come to terms.”