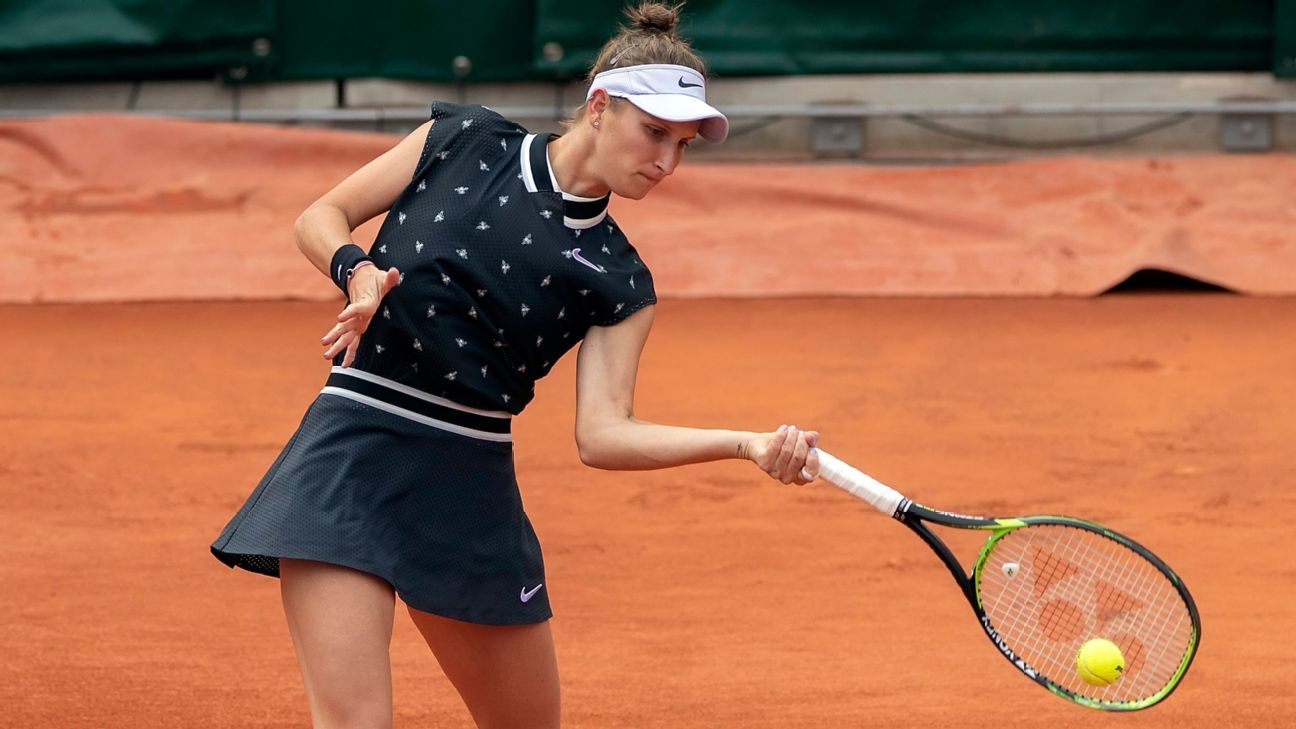 Vondrousova won the first set in just 29 minutes and then came from 4-0 down in the second to take a 5-4 lead and was just two points away from winning the match before Juvan recovered. Juvan took another 4-0 lead in the third set and secured the match when Vondrousova hit a forehand into the net. It was her first career win against a top-20 ranked opponent.

“She started off really well and I was a little bit nervous, she’s my first top-20 player,” Juvan said in a video conference. “The conditions were really hard but in the second and third set I calmed myself and I started playing much better.”

The WTA tournament marks the return of tour-level tennis — men’s or women’s — following a five-month break for the coronavirus pandemic.

A limited number of fans were allowed into the 1,500-seat stadium court and had to follow social distancing measures.

There are also strict rules for the players, such as handling their own towels, not shaking hands with their opponents, and no autographs or photos with fans.

Juvan was spoken to by the umpire after throwing items including her visor and wristbands to the crowd.

“Obviously we get tested a lot so I understand their concern but it was actually like an instinct,” Juvan said. “All of us that are here are negative and so I was like ‘well I got the result again today’ so I thought I might as well give it to them. Yeah, maybe I won’t do it the next few days.”

Juvan will face either Camila Giorgi or Rebecca Peterson in the next round.

Top-seeded Petra Martic eased into the second round with a 6-0, 6-3 win over Alison Van Uytvanck. The Croatian will face Russian qualifier Ludmilla Samsonova, who beat Kirsten Flipkens 6-4, 6-2.

But fifth-seeded Elise Mertens lost 6-4, 6-1 to Belarusian qualifier Aliaksandra Sasnovich, who will next play Jasmine Paolini.