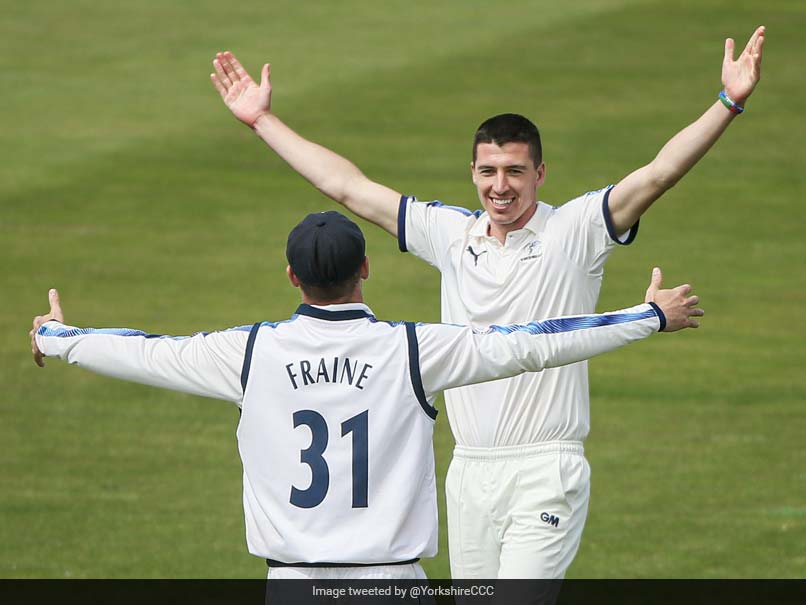 Lasith Malinga made a living off bamboozling batsmen with his toe-crushing yorkers as and when he pleased. Jasprit Bumrah has taken over the mantle and is now one of the best exponents of yorkers going around in world cricket. However, despite its lethality, the art of bowling a perfect yorker is still a rare sight on the cricket field. So, it came as no surprise when fans went absolutely bonkers after Yorkshire bowler Matthew Fisher made a complete mess of the stumps and left the batsman on all fours with pretty much an unplayable delivery during a Bob Willis Trophy match against Durham.

Fisher put his team in the driver’s seat with a brilliant four-wicket burst — claiming four wickets for three runs off 19 balls — one of which was a searing yorker that floored Jack Burnham and sent the stumps flying.

A thing of beauty

A Twitter user, Jack Gilbertson, called it an “absolute ripsnorter”, another, Paul Gillings, said the delivery was “just unplayable”.

While fans were going gaga over the lethal yorker, Fisher revealed that delivery actually “came out wrong”.

“It actually came out wrong,” the 22-year-old was quoted as saying on Yorkshire’s official website.

“I was more pleased with the Coughlin lbw because I got my wrist perfect for the in-swinger. I could feel it off the finger I release it off, and the seam was perfect.

“For the Burnham one, it was meant to be an in-swinger, but it came out a bit slower. I think that’s why it did him a bit. When it’s swinging about, I love bowling. I really enjoyed that spell.”

Yorkshire were 103 for three in their second innings at stumps on Day 3, needing 68 more runs to win.