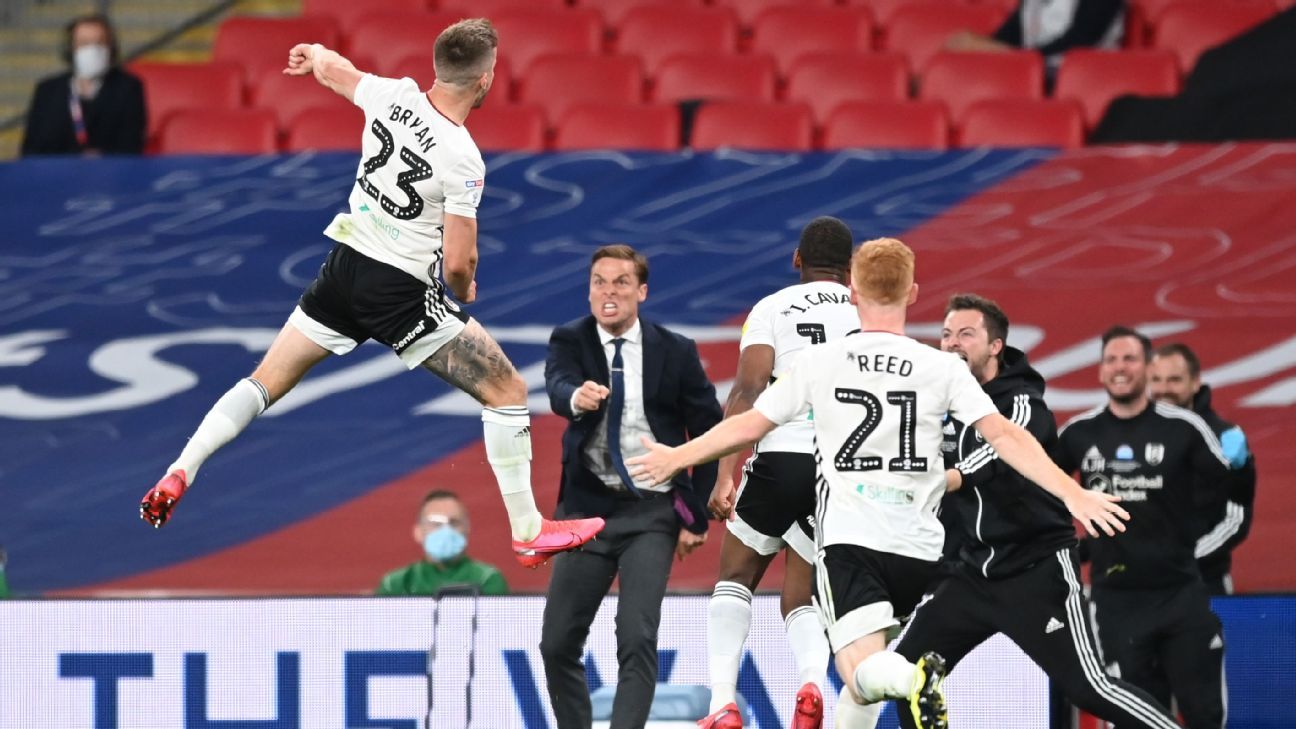 Joe Bryan scored twice in extra time to lift Fulham past Brentford with a 2-1 win in the Championship playoff final and earn promotion back to the Premier League at Wembley Stadium on Tuesday night.

With so much at stake, the nerves for both sides were evident from the outset, but both teams settled into a groove and found chances in a first half that surprisingly ended scoreless.

It was more of the same in the second half, but once again neither team could create legitimate scoring chances and the game headed to extra time.

Bryan then fooled Brentford’s David Raya, wrong-footing the goalkeeper from a free kick to give Fulham the lead near the end of the first period of extra time.

With Brentford looking to level the score, Bryan struck again right before the end of the match, this time calmly slotting home past Raya after a nice give-and-go with Aleksandar Mitrovic.

Henrik Dalsgaard scored a consolation goal for Brentford in stoppage time, but it was too little too late as the match finished 2-1.

The result sees Fulham return to the Premier League after being relegated following the 2018-19 campaign, to join Leeds United and West Brom as the promoted teams from the Championship.