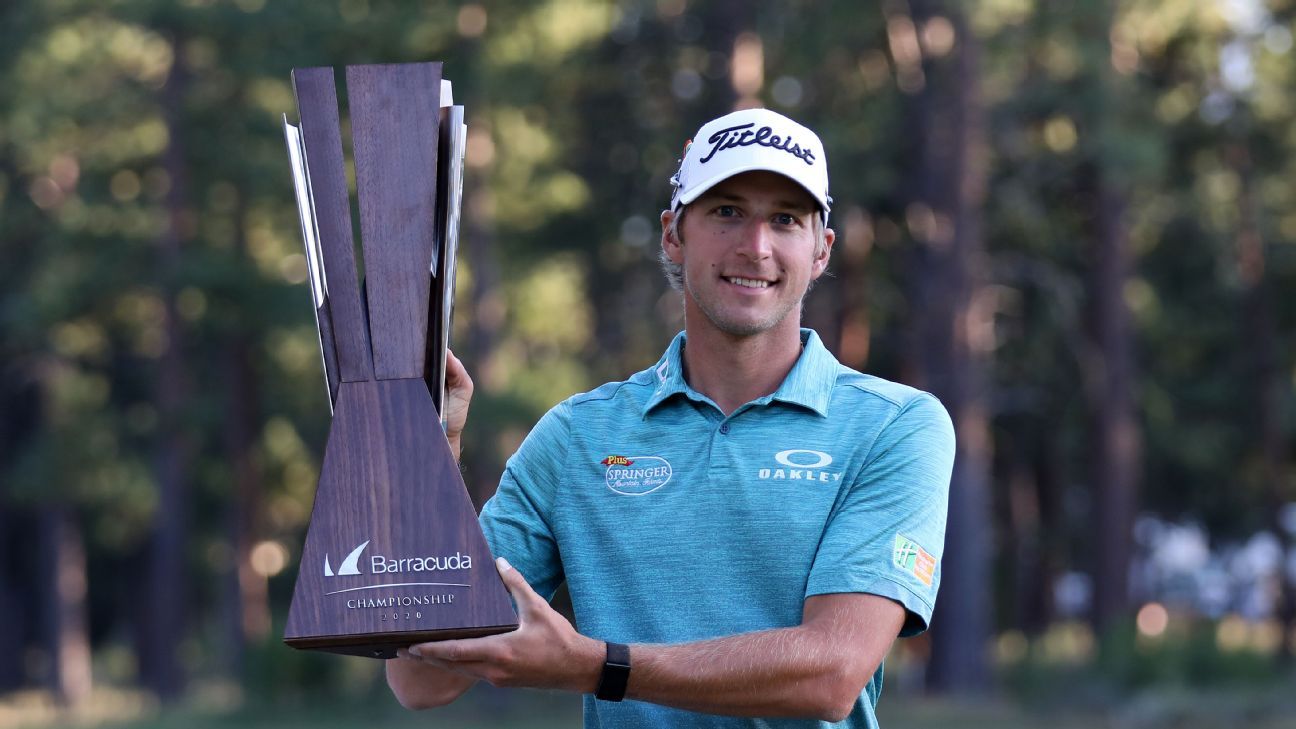 TRUCKEE, Calif. — Richy Werenski holed a flop shot from the fairway on the par-4 16th for a five-point eagle and birdied the last for a one-point victory over Troy Merritt on Sunday in the Barracuda Championship.

Werenski won for the first time on the PGA Tour, scoring 13 points in the final round on Tahoe Mountain Club’s Old Greenwood Course — the first-time venue after 21 years at Montreux Golf and Country Club. The 28-year-old former Georgia Tech player won the event three years after losing to Chris Stroud on the second hole of a playoff.

“It’s huge,” said Werenski, making his 100th tour start. “I’ve been playing well for I feel like the last couple of months, but to get a win, I mean, that’s huge. I got a couple seconds and everything, so it just helps my confidence a lot. Now I know I’m good enough, and now we’re going to go make a good move for the FedExCup Playoffs.”

The fifth straight first-time winner in the tour’s lone modified Stableford scoring event, Werenski earned a spot next week in the PGA Championship in San Francisco. He and Merritt, also in the field next week at TPC Harding Park, secured spots in the U.S. Open in September at Winged Foot.

Werenski finished with 39 points, with players getting eight points for albatross, five for eagle, two for birdie, zero for par, minus-one for bogey and minus-three for double bogey or worse.

“I knew I needed a big day and then I started off with a bogey, which wasn’t good,” said Werenski, who tied for third last week in Minnesota. “Just wasn’t in a great rhythm early on in the round, but did a good job of just kind of snapping out of it, stopped trying on every shot, stick with my game plan and just try and make as many birdies as we could.”

His flop shot on 16 landed in the fringe and raced across the green and into the cup.

“When it went in, I wasn’t really thinking about where I was in relation to the leader until then,” Werenski said. “But when you start kind of doing the math, you’re like, `I’ve got three holes left, make a couple birdies and see what we can do.’ It was pretty cool.”

“There was a lot going on, but I really just tried to stay in my pre-shot routine, focus on that as hard as I could and just fall in love with the speed of that putt and just kind of go through the motions,” Werenski said. “I did a pretty good job of that.”

Merritt failed to convert the 54-hole lead into a victory for the second straight year. Last year at Montreux, Collin Morikawa rallied to beat Merritt.

“I finished the day with 10 straight pars and had 10 birdie putts, even one from the first cut, and just couldn’t get one to fall,” Merritt said. “It goes like that sometimes. That’s a little bit frustrating, but still a very solid week.”

“Just couldn’t find that one birdie on the back side,” he said.

Matthias Schwab and Fabian Gomez tied for third with 37 points.

Playing on a sponsor exemption, Schwab had 13 points in the round. He needed to finish in a two-way tie for second or better to earn special temporary membership on the tour.