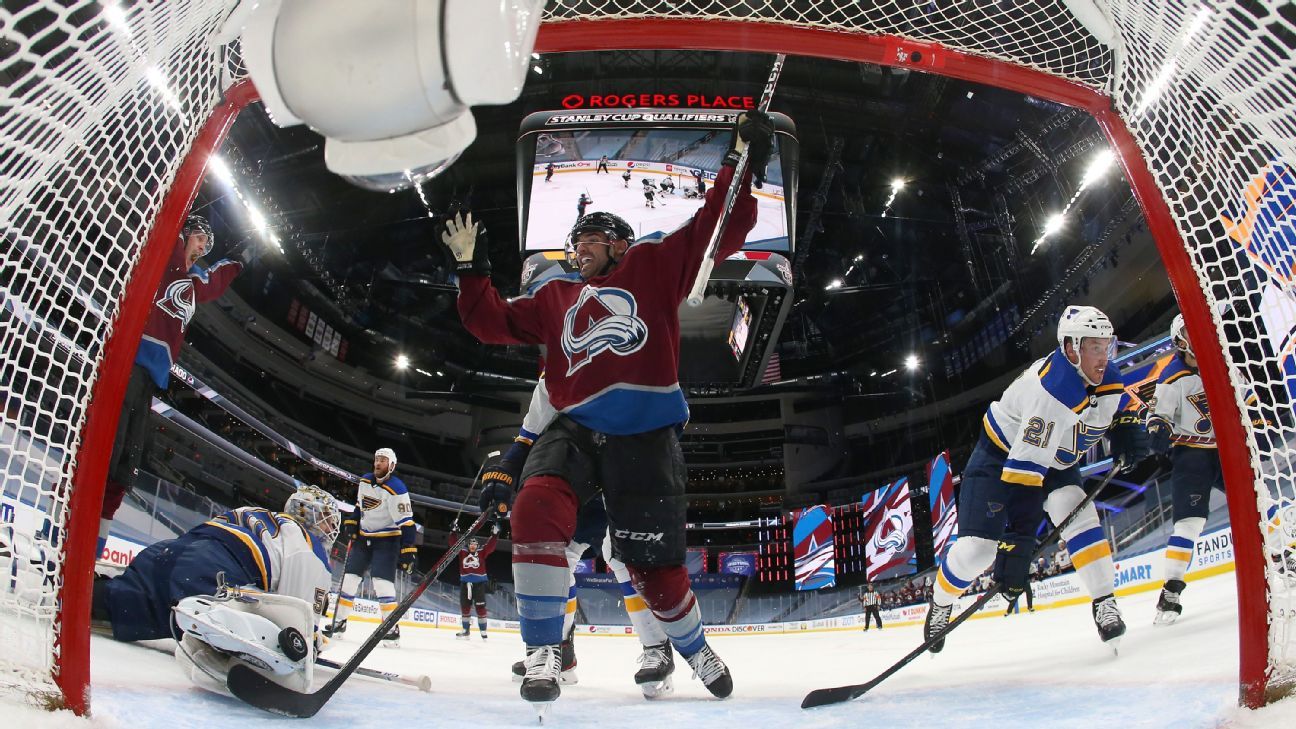 With postseason games played throughout the day, the NHL’s restarted season has been compared to March Madness. So it was only appropriate that the Colorado Avalanche defeated the St. Louis Blues with a buzzer-beater.

Center Nazem Kadri scored a power-play goal with 0.1 seconds left in the third period, breaking a tie to give the Avalanche a 2-1 win over the Blues on Sunday night. This was the first game of the NHL’s round-robin for playoff seeding, featuring the top four teams in each conference. The game was played in Edmonton, the league’s Western Conference hub city.

Kadri and the Avalanche had a chance to end the game with the man advantage after Alexander Steen went to the penalty box for hooking.

“It was a bit of an extended power-play shift there. We felt like we had possession and pressure. A relentless effort by the guys,” Kadri said.

He said he “whiffed” on a shot earlier in his shift but had positioned himself to get another opportunity on the doorstep of Blues goalie Jordan Binnington. Gabriel Landeskog‘s shot rang off the post, and Kadri was there to slam home the rebound as the clock wound down to 00.0.

“It doesn’t get any closer than that,” Colorado goalie Philipp Grubauer said.

Kadri said he knew there were only a few ticks on the clock left in regulation.

“I was aware. Maybe not down to the decimal point, but I knew there wasn’t much time left. I felt like there was an opportunity. I didn’t hear a buzzer. I just tried to stay on top of the puck and it worked out,” he said. “I knew it hit the back of the net before the buzzer went off. But I wasn’t quite sure if the buzzer was late. It was pretty tight.”

A lengthy video review confirmed that the puck had crossed the goal line before the clock hit triple zeroes. NHL hockey operations used the burn-in clock on the overhead camera to confirm the call on the ice.

Blues coach Craig Berube, as to be expected, saw it differently.

After the review, the referee skated to center ice and announced that a goal had been scored. Usually, this is where you’d hear a raucous playoff crowd react with either a positive or negative roar. But since the NHL postseason is being played in front of empty arenas, there was an announcement, a pause and then eventually a celebration.

“I didn’t really think about it [until now],” Kadri said. “For us, we were going pretty nuts post-goal. I couldn’t even tell if there was a person in the crowd or not. When they finalized it in the end, you’d usually hear a little bit of crowd noise. For us, and this team, we’re focused on what’s going on, on the ice.”

The Blues are off until Thursday, when they play Vegas. The Avalanche face Dallas on Wednesday.