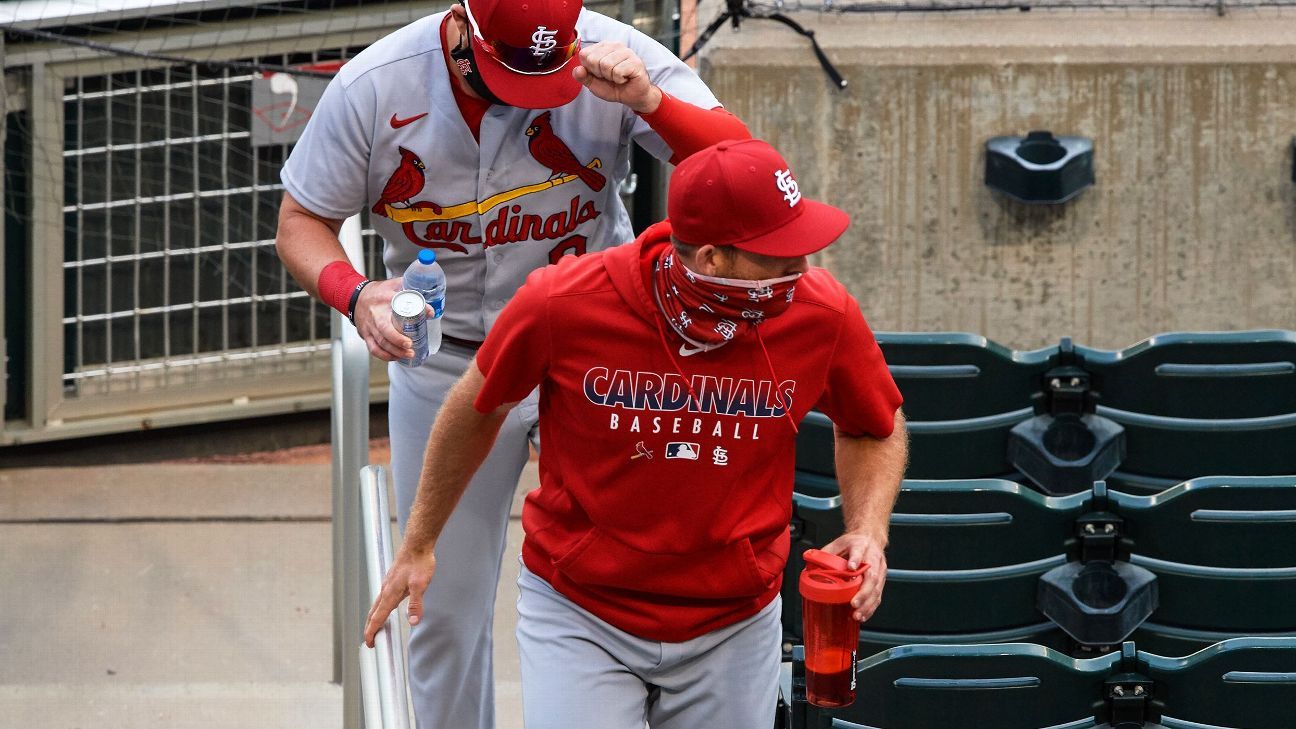 The St. Louis Cardinals are the latest team to suffer a coronavirus outbreak, resulting in their four-game series in Detroit being postponed.

“The Cardinals have had 13 members of the organization test positive for COVID-19 in the last week, including seven players and six staff members,” the league said in a statement. “The Club, which has been in quarantine since Thursday, will stay in Milwaukee and their personnel will continue to be tested daily. The tentative plan is for the team to resume its regular schedule on Friday against the Chicago Cubs in St. Louis.”

After one player and three staff members tested positive Saturday, the Cardinals’ three-game weekend series with Milwaukee was postponed.

The Cardinals’ upcoming four-game series against Detroit was scheduled to be a home-and-home, but instead the Cardinals and Tigers were switched to having all four games in Detroit, with a doubleheader scheduled for Wednesday.

The Marlins were the first team with a widespread outbreak of coronavirus. They haven’t played since July 26 but are now supposed to resume Tuesday.