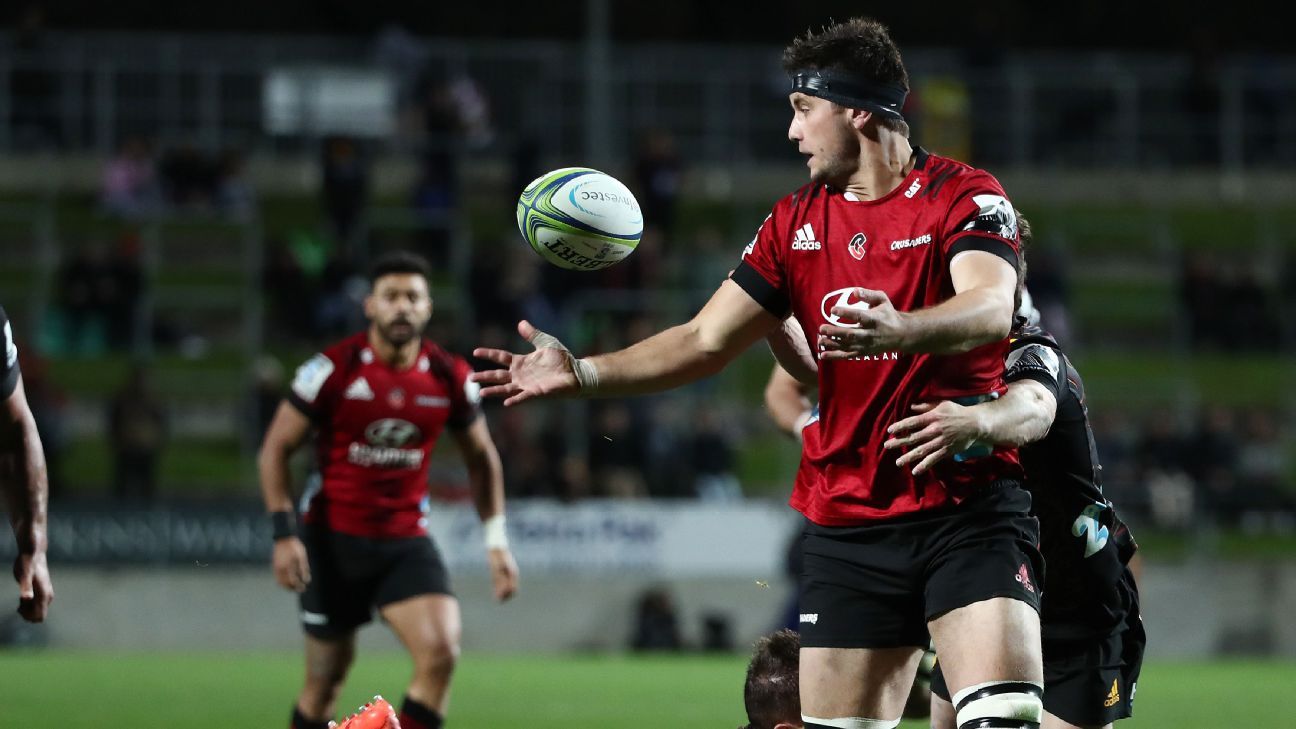 The Crusaders and Blues defeated the Chiefs and Highlanders in Round 8 of Super Rugby Aotearoa over the weekend.

The results mean the tournament is alive for a further week, though a win for the Crusaders at home to the Highlanders will be enough for them to secure a trophy in four straight seasons.

Read on for some of the major talking points from Round 8.

The Chiefs’ season hit a new low on Saturday night as they slumped to an eighth successive defeat, further raising questions about Warren Gatland’s ability to coach amid the intense week-in, week-out competition that is Super Rugby Aotearoa.

It’s easy to forget that Gatland started his Super Rugby career with a 4-2 record, including a victory over the Crusaders, earlier this year, but that seems like a distant memory some four months on.

The Chiefs have however been the victim of some controversial calls and they must surely be thinking “when the wheel might turn”, particularly after they copped what may be the worst of the lot at home on Saturday.

Referee Ben O’Keeffe and his TMO somehow decided winger Sevu Reece’s try should stand despite what appeared to be as obvious a knock-on as one might ever hope to see. Certainly Reece himself had the look of a man who knew his five-pointer wouldn’t stand, only for O’Keeffe and TMO Glenn Newman to decide otherwise.

To everyone else at Waikato Stadium, Quinten Strange’s dropped ball must have represented a clear knock-on. The Crusaders lock never took complete possession of an offload from Will Jordan, but the final touch appeared to have been brushed backwards out of Strange’s hand.

What O’Keeffe and Newman overlooked was the fact the ball had earlier traveled a significantly further distance forward as Strange was fumbling it, than it ever did in the other direction; the lock only saved by the fact his final touch appeared to be backwards out of the hand.

But Gatland didn’t see it that way.

“I thought Sevu Reece’s try was a knock-on, but you’ve got to take those calls as we’ve been doing,” Gatland said.

“For me, where the contact with the body is and where the ball bounces, even though he’s run through, it’s definitely going forward, but you’ve got to take that on the chin at the moment.

“They’re always going to make a mistake or two.”

Unsurprisingly, Crusaders coach Scott Robertson, whose team need only to beat the Highlanders next week to secure the Super Rugby Aotearoa a week early, saw it differently.

“Yes, it came backwards out of his hands,” Robertson said. Pushed further, he said: “Are you questioning it? I’m glad you’re not reffing.

“Sorry, I’m being cheeky there. Enough about the refs anyway.”

While it is rich to say the decision may have cost the Chiefs victory, it was certainly a huge call given only one point separated the two sides when it was made.

When Matt Todd, Kieran Read and Jordan Taufua all signed off with a win in last year’s Super Rugby final, one might have thought the champions would have a significant loose forward vacuum to address in season 2020.

But that has in no way turned out to be the case as the likes of Tom Christie, Tom Sanders and Sione Havili combined superbly to equal the impressive back-row trio that was Sam Cane, Pita-Gus Sowakula and turnover specialist Lachlan Boshier.

The sight of Sanders charging down the left touchline after some brilliant short passes from his teammates was something to behold for everyone but Chiefs fullback Damian McKenzie, who had to try and tackle him when the tryline beckoned.

Christie and Havili otherwise carried effectively to ensure Richie Mo’unga, Will Jordan and the rest of the Crusaders backline had plenty of quality ball to work with.

Hooker Codie Taylor also had a fine game as his All Blacks battle with Dane Coles extends into another Test season.

Any time a scrum-half scores a double is a pretty good indication that his forwards are doing a fine job up front, and so it proved for Finlay Christie at Forsyth Barr Stadium on Sunday afternoon.

In what was a fantastic display of all-round rugby, the Blues kept their hopes of lifting the Super Rugby Aotearoa trophy alive with a bonus-point win over the Highlanders.

Fly-half Beauden Barrett and winger Caleb Clarke — who has surely rocketed into All Blacks contention in the already stacked outside back cohort — featured heavily in the post-match highlights package, but only because of the outstanding work of the Blues forward pack.

The Blues scrum was dominant all afternoon, spearheaded by prop Ofa Tu’ungafasi, while George Cowley-Tuioti and No. 8 Akira Ioane were dominant in the loose and in defence. The Blues forward pack has clearly been inspired to greater deeds this year by skipper Patrick Tuipulotu, who is himself having his best season to date.

It all contributed to Christie being presented with a near pristine platform, leaving the halfback full of running as he loomed up twice in support to score twice while providiung a further assist to TJ Faiane as the visitors ran in four of their five tries to take a stranglehold on the contest at halftime.

Barrett’s wayward form from the kicking tee is a concern, though.