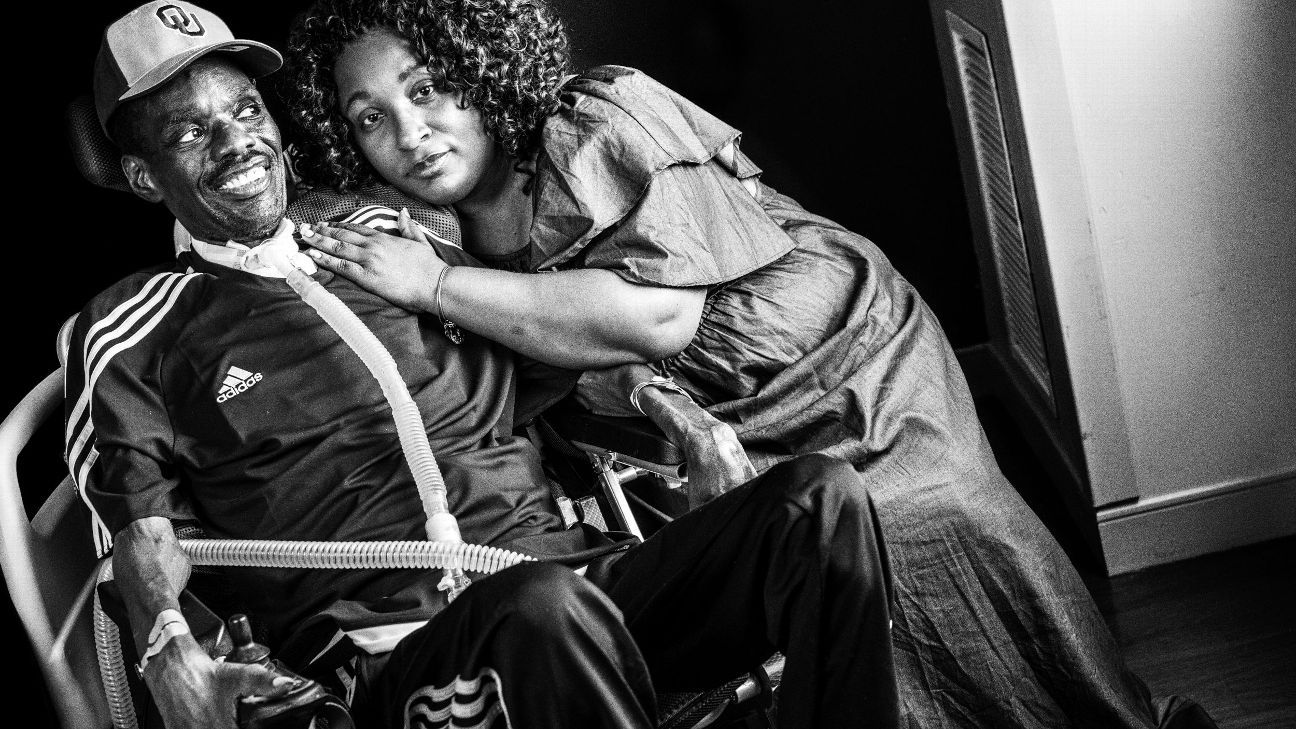 College Football Hall of Famer and Oklahoma legend Rickey Dixon, remembered as the star of the “Game of the Century II” between OU and Nebraska in 1987, died Saturday, the school announced.

Dixon arrived at Oklahoma as a skinny 5-foot-11 corner whom coach Barry Switzer told to eat two Big Macs a day to gain weight. He became a consensus All-American in 1987 and the first Sooner to win the Jim Thorpe Award, given to college football’s top defensive back. He was named to the All-Big Eight first team as a junior and senior in 1986 and ’87.

Oklahoma and the National Football Foundation honored Dixon at halftime of the Sooners’ season opener against Houston in 2019. Dixon, who was on a ventilator and had to communicate with his eyes, traveled to Norman from his home in DeSoto, Texas, and watched the game at Switzer’s home.

He was officially inducted into the College Football Hall of Fame last December, the Sooners’ first full-time defensive back to earn the honor.

On Saturday, Switzer remembered Dixon as “one of the greatest players” in Sooners history and said Dixon died at home surrounded by his family.

I’m sorry to announce 3 o’clock this afternoon passing of Ricky Dixon! he died in his home in De Soto Texas with his family around him! He was inducted into college football Hall of Fame this past year! He was one of the greatest players ever played the Sooners! @OU_Football

Two of Dixon’s most memorable interceptions came in 1987 in No. 2 Oklahoma’s 17-7 win over No. 1 Nebraska in Lincoln in what Huskers coach Tom Osborne said may have been the most disappointing loss in his career.

Dixon was drafted No. 5 overall in 1988 and played six NFL seasons for the Cincinnati Bengals and Los Angeles Raiders. He owned a landscape company, became a motivational speaker for at-risk youth and coached high school football in Texas before his ALS diagnosis.

In 2014, a year after his ALS diagnosis, Dixon was awarded $4.5 million in a settlement following a lawsuit brought by thousands of former NFL players who claimed the league hid the dangers of concussions.

“Ever since he left OU, Rickey has been regarded as one of the finest football players in school history,” said OU athletic director Joe Castiglione, “and his enshrinement last year into the College Football Hall of Fame is certainly validation of that. As much as any of his accomplishments on the field, however, he should be remembered for his extreme courage and spirit of perseverance. Overcoming the daily physical struggles he faced the last several years is a testament to his determination, to his resolve and to his fighter’s mentality, as well as to those closest to him who provided so much loving support. When we think of Rickey we will reminisce about everything he achieved during and after his playing career, and we extend our sincerest condolences to his wife Lorraine, their children and the entire Dixon family.”