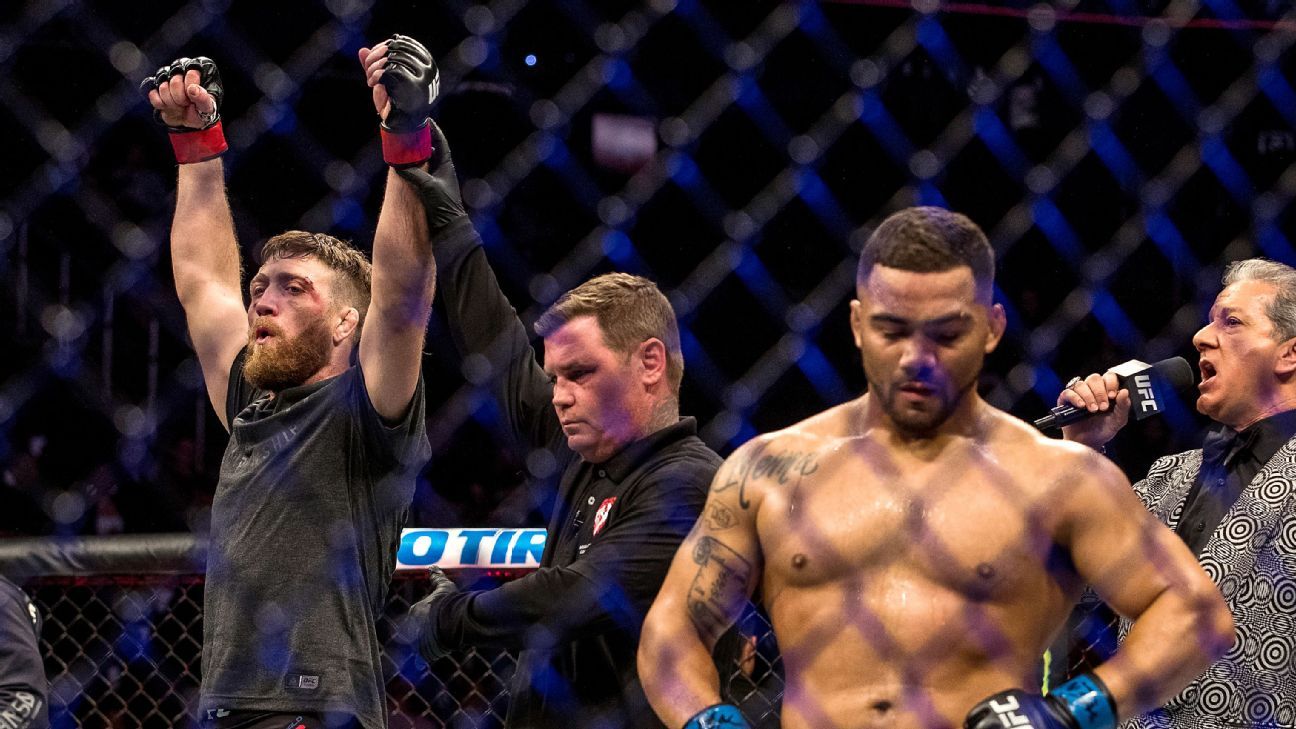 Another fight on Saturday’s UFC Fight Night card has been canceled.

The Ed Herman vs. Gerald Meerschaert fight was a late scratch Saturday afternoon after Meerschaert tested positive for COVID-19, UFC announced. The card will now proceed with nine fights.

This marks the tenth canceled fight on this card, including the original main event Holly Holm vs. Irene Aldana.

The event will be headlined by Derek Brunson vs. Edmen Shahbazyan.