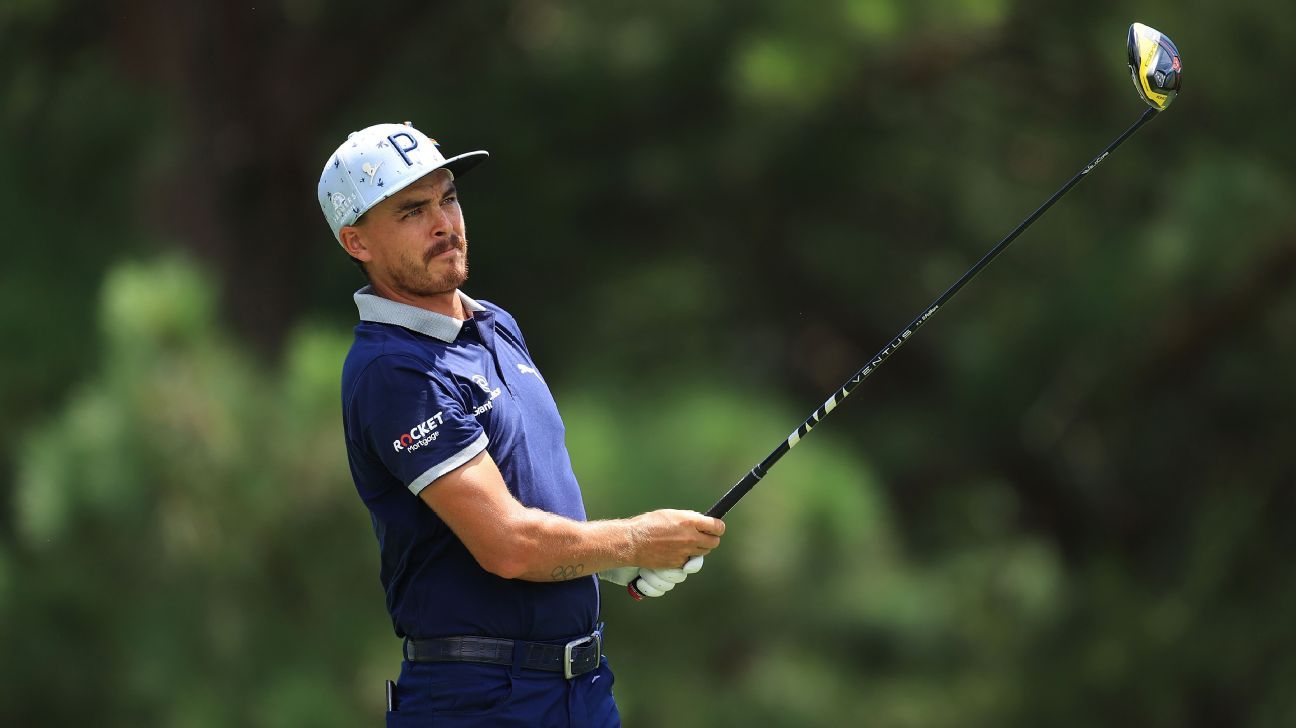 MEMPHIS, Tenn. — With the PGA Championship, the first major of the season only a week away, some of the golf’s biggest names, including a handful who have struggled with their games and others who have made big changes, are finally starting to find their form.

Heading into Saturday’s third round of the WGC-FedEx St. Jude Invitational at TPC Southwind, several of the PGA Tour’s biggest names are within striking distance of leader Brendon Todd, who has a two-shot cushion after posting a 5-under 65 to move to 11 under after 36 holes.

Rickie Fowler, searching for his first victory in more than a year and only his second in more than three years, is two shots back after firing a 3-under 67 on Friday. Brooks Koepka, who has battled a knee injury for much of the past two seasons, gave one shot back on Friday, after an opening 8-under 62, and trails Todd by four strokes.

Jason Day, who parted ways with his longtime swing coach earlier this month, and Dustin Johnson, who pulled out of the 3M Open with a tight back, also are in the mix heading into Saturday’s third round.

Here’s what to look for this weekend in Memphis:

Once considered the best player without a major championship, Fowler would probably just like to win any tournament these days. His last victory came at the 2019 Waste Management Phoenix Open and the one before that was the 2017 Honda Classic.

Fowler, 31, has slipped to No. 32 in the world after missing the cut in three of his last five starts, including the Memorial, where he shot 81 in the opening round.

Finally, Fowler is starting to see the light — and a reward for the hard work he has put in since changing swing coaches in February. His new coach, John Tillery, is trying to get Fowler to use his lower body more to improve the timing of his golf swing.

“Everyone that plays golf deals with bad stretches or times where things aren’t going your way,” Fowler said. “Yeah, this year hasn’t been my greatest. Been working on a lot of stuff. I think this year’s been interesting for a lot of people.”

Thanks to his red-hot putter, Fowler had seven birdies on Thursday and five more in the second round.

Fowler, 31, likes where his game is headed going into the first major next week at TPC Harding Park in San Francisco.

“I like playing the week before a major so that I know where my game’s at, know what I need to do Monday, Tuesday, Wednesday and go play Thursday,” he said. “I feel like I’m heading in the right direction. I think that’s been my main goal — to go through some changes for the better. Sometimes you’ve got to take that step back to take two steps forward. I feel like we already made the step back. I feel like we’ve made a step forward. I’m looking for that next step.”

The next step, obviously, would be ending his 0-for-39 drought in the majors.

“He hits it far enough, he’s got a great short game, he’s a gamer and he’s not scared,” Tillery said. “He’s the real deal. I’m just trying to make it easier for him and understand what his priorities are. Then I can get out of the way and let his talent take over. It’s a good sign heading into next week.”

A year ago, Todd barely ranked among the top 800 players in the world. He hadn’t won on the PGA Tour since 2014 and missed 37 of 41 cuts while battling a severe case of the full-swing yips.

Winning in back-to-back starts at the Bermuda Championship and Mayakoba Golf Classic in November already qualified as one of the greatest comeback stories in PGA Tour history.

Now Todd has a two-stroke lead over one of the strongest fields in a non-major tournament. He has 10 rounds of 65 or better this season, tied with Bryson DeChambeau for most on Tour.

“In my whole life, this is definitely the most confident I’ve ever felt with my golf game,” Todd said. “It’s probably the most versatile I’ve ever been ball-striking-wise. I still don’t hit it far, but I feel like I’m able to shape shots a little bit. And my short game’s solid, so it just kind of comes down to how the putting is.”

With five more events to play in the abbreviated season, Todd ranks No. 51 in the world and ninth in FedEx Cup points. Not bad for a 35-year-old who was ready to quit golf and open a fast-food restaurant not long ago.

“It would be really, really satisfying,” Todd said. “I feel like as a junior golfer, college golfer, I was always winning big events. Now I’m capable of winning big events on the professional stage. I’m really excited to have the confidence now and the tools in my game to compete for these titles. Just having a chance to win one is a big deal right now.”

Is Koepka really back?

A day after Koepka shot an 8-under 62 to match the best round of his career, he finished 1-over to fall into a tie for third place.

Koepka can blame his putter. He needed only 26 putts in his first 18 holes but 34 in his next 18. After gaining nearly three strokes on the field in putting on Thursday, he lost 4.61 on Friday, which was dead last among the field.

“I just putted bad,” Koepka said. “It wasn’t really anything other than that. Felt stress-free other than just missing some short ones. On the back nine they felt good, they were just missing, and on the front they just weren’t good putts.”

After starting his round at No. 10, things fell apart after Koepka made the turn. He three-putted from 3 feet, 3 inches on the par-4 2nd hole.

“I think it caught a little bit of the bottom lip, I’m not sure,” Koepka said of his first putt on the hole. “And then the next one, I think it just caught the top lip.”

It’s not the kind of momentum Koepka wanted heading into the PGA Championship, where he’s the two-time defending champion. Then again, Koepka seems to have a shorter memory than most players.

When he was asked how difficult it was to follow up a 62, he said, “It’s not that hard. … You’re playing good, so why should it be hard? I just didn’t putt well.