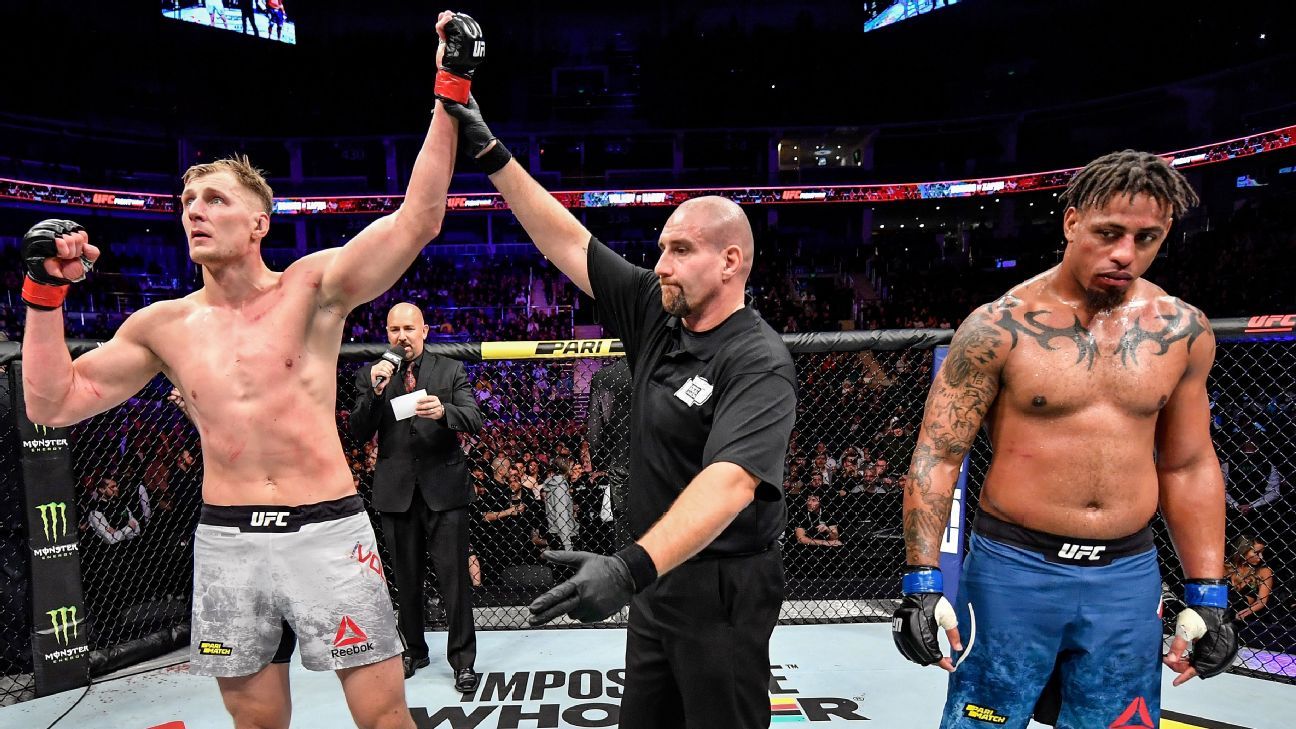 The UFC has added a heavyweight matchup between Alexander Volkov and Walt Harris to its UFC 254 pay-per-view lineup in October, sources confirmed to ESPN.

UFC 254 is scheduled to take place on Oct. 24 at a location to be determined. UFC president Dana White revealed this week it will feature a lightweight title unification bout between Khabib Nurmagomedov and Justin Gaethje.

Volkov (31-8) is coming off a decision loss to Curtis Blaydes at a UFC Fight Night event on June 20 in Las Vegas. The Russian heavyweight worked his way into title contention with four straight wins in the UFC from 2016 to 2018, but has since dropped two of his past three. His only win in his past three appearances came against Greg Hardy.

Harris (13-8) will look to rebound from a back-and-forth, second-round TKO loss to Alistair Overeem on May 16. That bout was Harris’s first appearance since the tragic death of his stepdaughter, Aniah Blanchard. Before the loss, Harris had recorded back-to-back finishes against Sergey Spivak and Aleksei Oleinik.