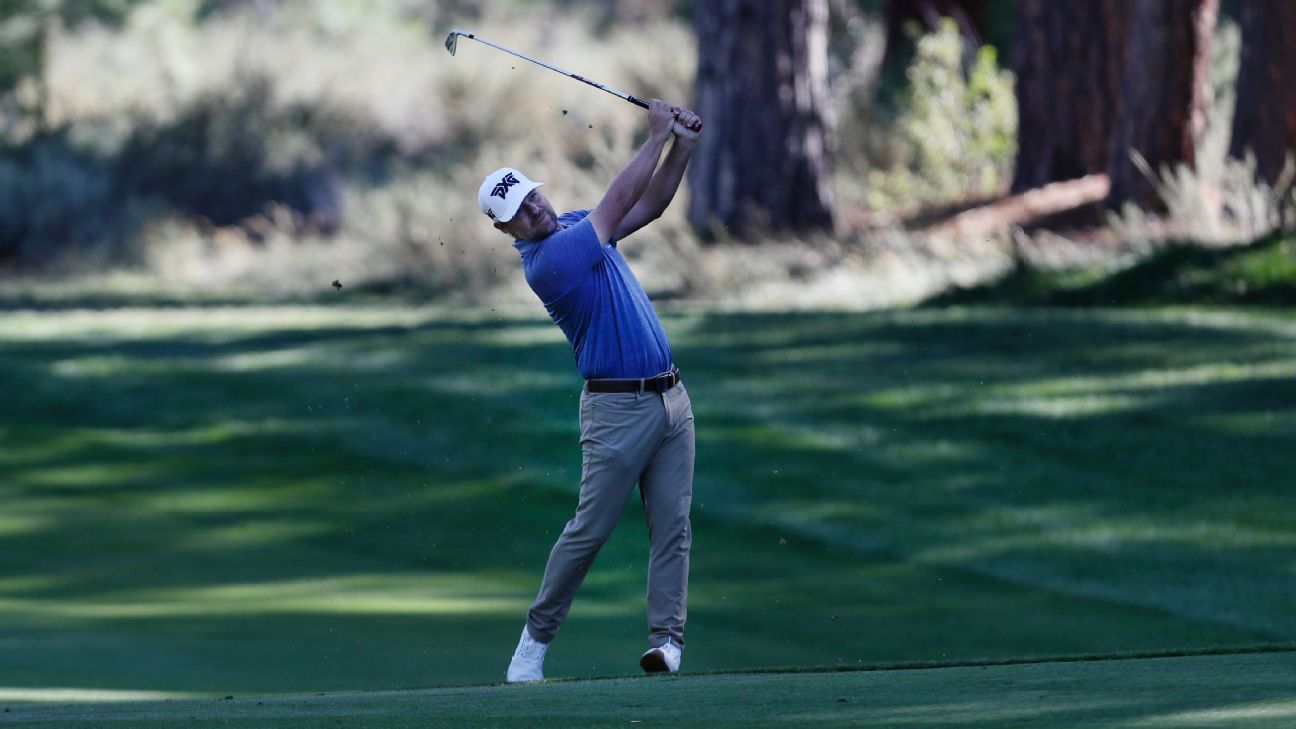 TRUCKEE, Calif. — Ryan Moore curled in a 20-foot birdie putt on the par-4 18th for a share of the lead with Adam Schenk on Thursday in the PGA Tour’s Barracuda Championship at Tahoe Mountain Club.

Moore and Schenk had 14-point rounds under the modified Stableford scoring system. They each had seven birdies in bogey-free rounds in high altitude on the Old Greenwood Course, the first-time venue after the event was staged for 21 years across the border in Nevada at Montreux Golf & Country Club.

“It was tough,” Moore said. “The wind was kind of up and down out there. So, distance control was everything, and we did a really good job figuring out early in the week kind of what stock clubs are going up here, and we did a great job all day today of just getting it right around pin high and controlling our distances really well, which is just really important on a golf course like this.”

Players receive 8 points for albatross, 5 for eagle, 2 for birdie, zero for par, minus-1 for bogey and minus-3 for double-bogey or worse.

Moore has five career PGA Tour victories. After missing the cuts in his first three events following the coronavirus break, the 37-year-old former UNLV player tied for 40th two weeks ago in the Memorial in Ohio and tied for 12th last week in Minnesota.

“I thought I was more ready coming out of the quarantine than maybe I was,” Moore said. “I came out and kind of felt a little uncomfortable and just didn’t feel like myself for the first few weeks, so I kind of honed in on what I felt like I needed to do, and just been grinding on that for the last few weeks.”

Schenk is winless on the PGA Tour. The 28-year-old former Purdue player birdied five of the final seven holes on his opening nine, parred the next seven and closed with birdies on Nos. 8 and 9.

“Had a couple nice par saves, which always makes it easier to add up these points,” Schenk said. “You’re not going backwards at all. Hit hit a couple wedges close and pretty much kept it out of trouble. There’s some room to drive the golf ball, but if you do drive it considerably off the fairway you can find some trouble.”

He likes the new venue.

“I liked the last golf course, and I like this one a little better, in my personal opinion,” Schenk said.