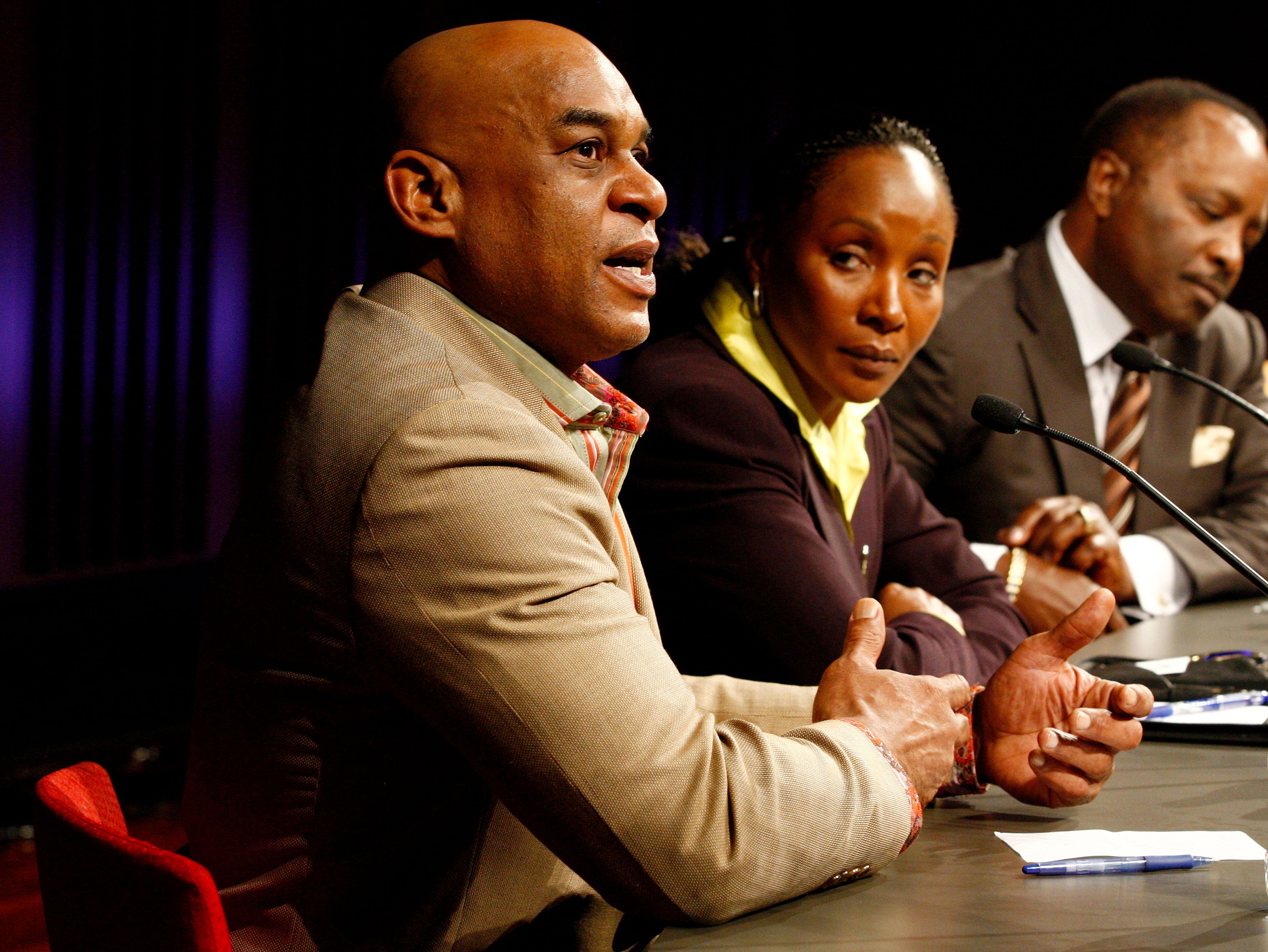 Nobody could have known at the time, but the foreshadowing of the NBA’s coronavirus pandemic plan was sitting in a scrapbook in Florida.

In one of the roughly 20 scrapbooks in Reggie Williams’ den, there’s a picture from 1997 of Williams and former NBA commissioner David Stern standing on the midcourt logo at the ESPN Wide World of Sports complex in Orlando, which wasn’t open yet.

In the photo, Williams cuts the same figure he had as a linebacker for 14 seasons with the Cincinnati Bengals. Williams recalls talking to Stern about the possibility of the NBA playing at the innovative facility.

That vision is fully realized as the NBA resumes its season this week inside the complex that sprawls over 225 acres. It’s also another part of a post-athletic legacy that arguably surpasses what Williams did during his NFL career.

“The place was built on big dreams,” said the 65-year-old Williams, who started working for Disney, which owns ESPN, in 1993 and was the vice president of Disney Sports Attractions when he retired in 2007.

Starting this week, 22 NBA teams at the complex begin a season restart in hopes of completing the interrupted campaign by mid-October. They will be there until their seasons are over — practicing, playing and doing every other aspect of life at the Walt Disney World Resort.

The dream for the sports complex blossomed from a unique nightmare.

Shortly after Williams’ football career ended after the 1989 season, he started to dream the Bengals won Super Bowl XXIII following the 1988 season. In his sleep, Williams felt the confetti, the hugs, the thrill of victory. When he woke up, the agonizing truth started to sink in — the San Francisco 49ers were the ones who scored the game-winning touchdown in the final minute.

As an NFL player, Williams’ sole focus was on becoming a champion. He ended his time with the Bengals in 1989 feeling like a failure. Cincinnati went to two Super Bowls during his tenure and lost both.

But as he neared the end of his playing days, he paved the way for his next chapter in life. He served one term on Cincinnati’s city council from 1987-89, which overlapped with the end of his NFL career. He was hired to be the general manager for the New York/New Jersey franchise in the World League of American Football, a job he held from 1989 until the league folded in 1993.

“All of that is related to what I felt I needed to prove after losing that second Super Bowl,” Williams said. “I needed to balance the rest of my life with amazing challenges.”

But the wheels that put him in motion to eventually end up at Disney started when the NFL hired him for a philanthropy project ahead of the Super Bowl XXVII in 1993 in Los Angeles. That resulted in the first NFL Youth Education Town in Compton, California, which opened less than a year after the riots in Los Angeles stemming from the verdicts in the Rodney King case. The YET serves as a recreation center for local youth in the area.

From convincing local gangs to preserve the new YET in Compton to getting the United Way on board for its oversight, Williams played a considerable role, according to Jim Steeg, a longtime former NFL executive who hired Williams. When Williams was getting ready to head to Disney, Steeg was aware of the challenges ahead.

“Knowing what he was going to get into and to be able to navigate it was really going to take something,” Steeg said. “And obviously, he did.”

Not only did the Wide World of Sports Complex’s scope increase the degree of difficulty, but the complex also was situated on the Florida wetlands, which brought construction challenges as well. Disney hired architect David M. Schwartz, who worked alongside Williams and former Disney CEO Michael Eisner, to achieve their vision.

“I’m very pleased with it,” Schwartz said. “I think it’s a real addition to Disney. I think it did what Disney wanted it to do.”

By 1997, the venue was completed and almost immediately lived up to the aspirations during the design process. The first event was later that year — an exhibition baseball game between the Atlanta Braves and the Cincinnati Reds. The Tampa Bay Buccaneers and Orlando Magic held multiple training camps there. Many NBA players competed at the complex during their AAU youth careers.

“I credit him for the originality, the determination, the hard work, the abuse that it took to push through a project of that scale,” Bengals president Mike Brown told ESPN. “It’s something he is rightfully proud of and something the Bengals are proud of as well. We’re proud that one of our guys made such a mark with his life.”

The NBA isn’t the only league using the facility during the pandemic. The Wide World of Sports Complex also is hosting the MLS is Back tournament, a testament to the multisport functionality of the complex that Williams envisioned.

Williams has endured leg problems and various injuries that come with being an NFL player for 14 years — he has prosthetics in both legs and nearly lost the right one to a severe bone disease. But he no longer has the nightmares. And because of a post-NFL legacy that includes the sports complex in Orlando, he doesn’t lose sleep about what he never accomplished with the Bengals.

“It makes up for losing a Super Bowl,” Williams said. “It really does. The whole idea of Wide World of Sports was that you can compete at the highest level with the purpose of winning and tasting all that sweet success. But if you lose, you can still be at the happiest place on earth.”