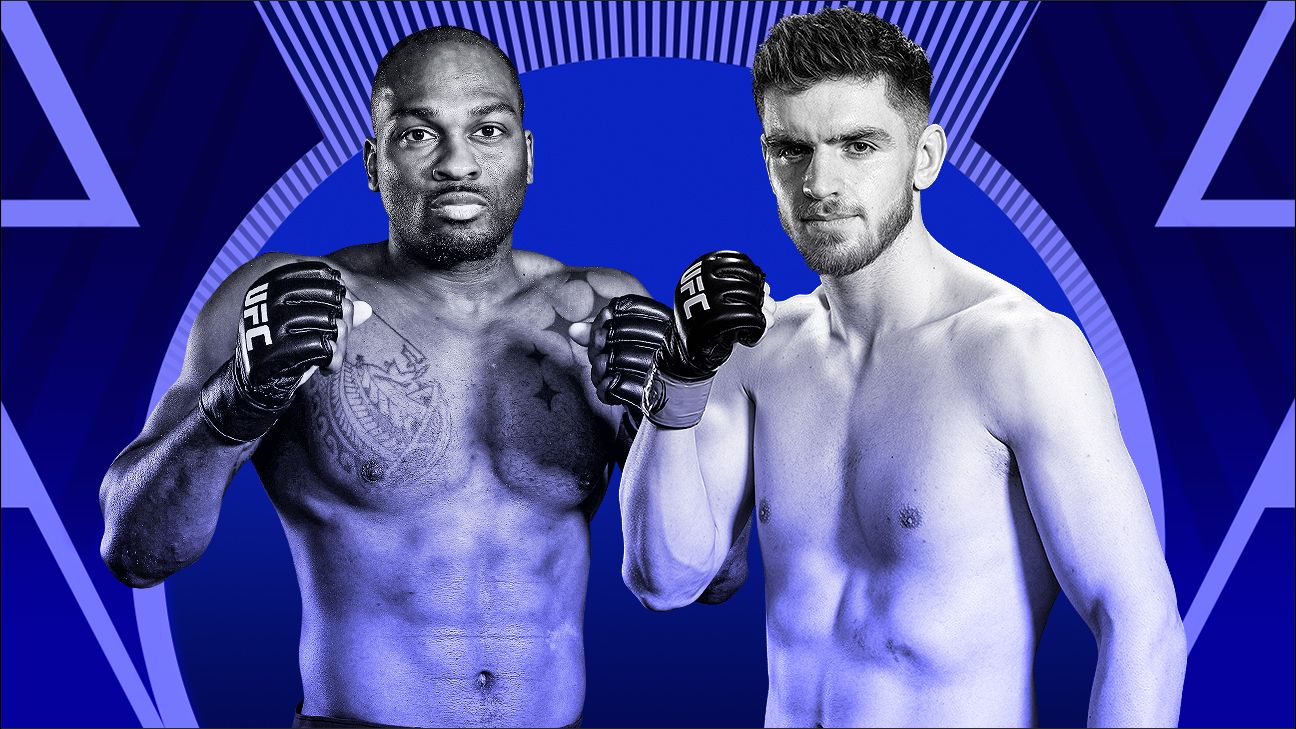 A crucial middleweight headliner is now official. Derek Brunson and Edmen Shahbazyan both weighed in successfully Friday morning in Las Vegas for the main event of UFC Fight Night on Saturday at the UFC Apex.

This is the UFC’s first event back in the United States after the promotion spent the entire month in a coronavirus safe zone on Abu Dhabi’s Yas Island. The UFC will do five cards in August at the Apex, which is across from the UFC’s Las Vegas corporate campus.

Brunson vs. Shahbazyan will be three rounds, rather than the customary five for a UFC main event. The two men were initially slated for the co-main event, but the bout was moved up when the scheduled headliner of Holly Holm vs. Irene Aldana was canceled. Aldana tested positive for COVID-19 and was pulled from the key women’s bantamweight fight.

Brunson (20-7) has won two straight and four of his past six. The North Carolina native is hoping to hold down his spot among the top middleweights in the UFC. Brunson, 36, has only lost to current or former champions since 2016: Israel Adesanya, Robert Whittaker, Anderson Silva and Ronaldo “Jacare” Souza.

Shahbazyan (11-0) is one of the hottest prospects in the UFC. The California native has won all four of his UFC fights, including the past three via first-round finish. Shahbazyan, 22, trains under Edmond Tarverdyan, the former coach of Ronda Rousey, one of the most dominant champions in UFC history. Rousey also manages Shahbazyan.

The co-main event was also made official Friday. Joanne Calderwood weighed in at 126 pounds and Jennifer Maia hit the scale at 124.5 pounds. Calderwood took this bout on short notice despite having a women’s flyweight title fight lined up against champion Valentina Shevchenko later this year. Maia’s initial opponent Viviane Araujo withdrew. ESPN has Calderwood ranked No. 4 and Maia ranked No. 9 among MMA women’s flyweight fighters.

Jonathan Martinez missed weight by 4.5 pounds for a bout with Frankie Saenz. Martinez weighed 140.5 for the scheduled bantamweight contest. The fight will go on, but Martinez will forfeit 30% of his purse.

This card had a lot of shuffling over the last two days. Timur Valiev withdrew due to visa issues and was replaced by newcomer Vince Cachero, who fights Jamall Emmers on Saturday. Newcomer Johnny Munoz is filling in for Ray Borg, who withdrew Friday morning. Munoz now takes on Nate Maness.

Due to weight management issues, Eric Spicely dropped out of a fight with Markus Perez on Friday morning. Charles Ontiveros was signed as a replacement to fight Perez, but Perez vs. Ontiveros was cancelled due to a ruling by the Nevada State Athletic Commission (NSAC), per the UFC.