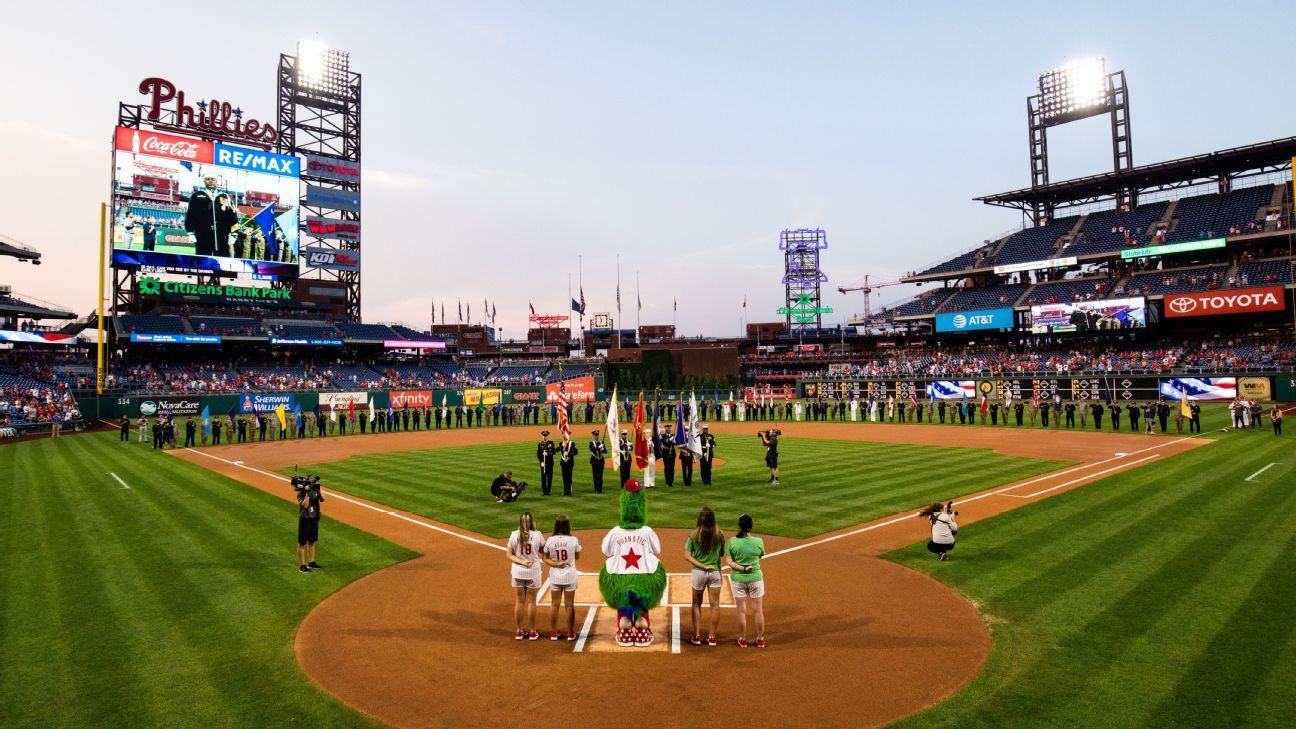 The Philadelphia Phillies have canceled all activities at Citizens Bank Park, including a weekend series against the Blue Jays, after a member of the coaching staff and a member of the home clubhouse staff tested positive for the coronavirus, the team announced Thursday.

The Phillies said no players have tested positive.

As a result, Saturday’s doubleheader and Sunday’s game in Philadelphia have been postponed, said Blue Jays manager Charlie Montoyo, who told reporters that his team plans to remain in Washington for the weekend after completing their series Thursday with the Nationals.

The Phillies have not played since Sunday. They are currently not scheduled to play until a four-game series against the Yankees — in New York on Monday and Tuesday and at home Wednesday and Thursday.

The new positive tests Thursday come after an attendant for the visiting clubhouse tested positive after a weekend series against the Miami Marlins, who have had 19 positive tests in the past seven days, sources confirmed.

The Phillies were supposed to host the Yankees on Monday and Tuesday and then play them in New York on Wednesday and Thursday. Instead, the Yankees started a series against the Orioles on Wednesday.