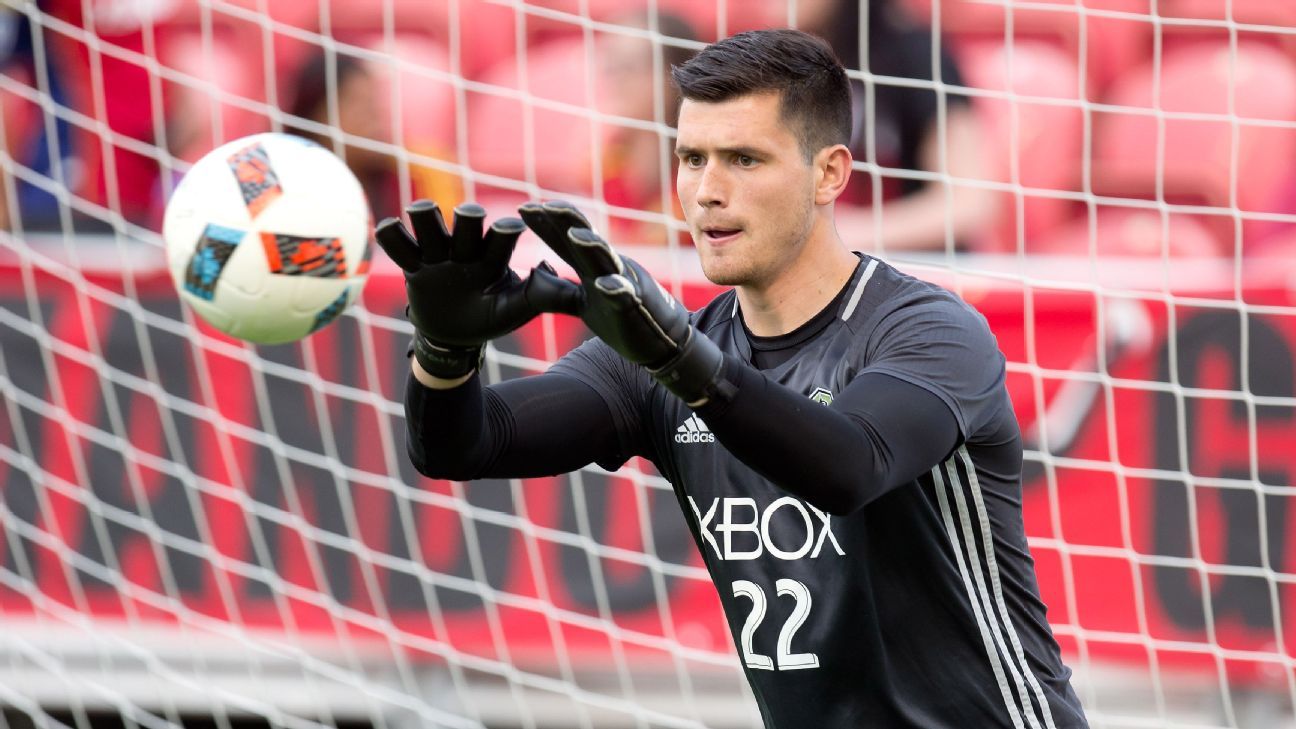 This is not to suggest that Lyon has taken up residence in the Grotto Pool in between the Swan and Dolphin hotels. Rather, Lyon is one of two pool goalkeepers, players signed with MLS but who don’t have a team. They are on call — at least in theory — for every team in the league in case of a keeper emergency due to injury or suspension. It can make for an odd existence. You could get called into a team for three days or three months, depending on how things go. Or you could find yourself doled out to several teams in a matter of weeks. There are new teammates and coaches that a pool goalkeeper constantly has to adjust to. Yet Lyon has found a way to compartmentalize all of those complications.

“It kind of goes without saying that the advice for a pool goalkeeper is really the same for any goalkeeper: that when you get your opportunity to just be ready and make the most of it,” Lyon said via telephone. “As much as it’s odd — the circumstances of the way that I can be playing for a different team — the particulars still remain the same: keep the ball out of the back of your net, and do the best you can.”

The concept of a pool goalkeeper was thought to be one of those MLS anachronisms, a holdover from a bygone era when smaller rosters meant teams didn’t always carry three keepers. These days, not only do teams have three keepers each, but using short-term loans from USL reserve teams and affiliates lessens the need for a pool goalkeeper. But the COVID-19 pandemic, and the subsequent creation of the bubble, guaranteed the need for the role this season.

The itinerant nature of his position has already been on display at MLS is Back. Lyon entered the bubble with the Portland Timbers, the team he trained with prior to the tournament. Upon arrival he was assigned to New York City FC, who he practiced with in preseason. When Sporting Kansas City found itself down to one available goalkeeper after Tim Melia‘s red card against Minnesota United, Lyon was brought in for cover. He would have been utilized by the Vancouver Whitecaps after injury and absence left them only with 20-year-old Thomas Hasal, but complications over Lyon’s International Transfer Certificate prevented him from joining up with the ‘Caps. At each stop he had to clear a round of team-specific COVID-19 tests. For now, he’s still training with Kansas City.

“It’s been odd right from the start,” he said about his experience during the tournament. “I’ve gotten pretty good at learning names on the fly, but I do better on the field. I think I need everybody in a formation and I’ll learn them a lot faster.”

Lyon doesn’t have to look far for inspiration. Kansas City No. 1 Tim Melia survived his own stint as a pool goalkeeper in 2014, to sign a permanent deal with SKC and win Goalkeeper of the Year in 2017. Melia said he’s glad the concept of a pool goalkeeper is still around, if for no other reason than it’s a chance — however unorthodox — for a keeper to shoehorn his way onto a roster.

“It’s almost like you’re getting to skip the line a little bit when you’re in a pool goalkeeper situation,” Melia said. “Say I come into a team, I’m new, I’m a third goalkeeper. When you’re a pool goalkeeper here you’re almost brought in an emergency basis because obviously there’s a lot of injuries. So you’re just that much closer to getting an opportunity on the field.”

Melia’s red card meant he was back quickly, lengthening the odds that Lyon would get playing time, but he likes what he sees from the St. Charles, Illinois native.

“[Lyon’s] got a great attitude,” said Melia. “He’s just one of those guys who just hops in and goes and that’s the type of mentality you have to have.”

The irony is that Lyon thought he was done with the sport professionally.

At age, 28, Lyon has bounced around the league ever since he was drafted by the Seattle Sounders in 2015. After two seasons with the Sounders, he spent a year in the USL Championship with Orange County SC before latching on with LAFC in 2018. That lasted just for one season before spending last year as one of the pool goalkeepers. He was needed by one team — the Philadelphia Union — over the course of the 2019 campaign.

When a preseason stint with NYCFC didn’t pan out, Lyon opted to see what life was like outside of a different kind of bubble, that of a professional athlete. He took a job with a logging company — no small feat in the middle of a pandemic — in Woodland, Washington, and found that life in the working world wasn’t as bad as he envisioned.

“Showing up on time, working with others and working hard, that’s the bare minimum for being a pro,” said Lyon. “So it wasn’t hard to transition into that. Doing something active with my body and being outside, that was familiar. That felt normal to me.”

A call from his agent in May changed all that. The offer was to return to his spot as a pool goalkeeper. Lyon immediately felt a wave of mixed emotions.

“There’s that young kid in me that set out to be a pro, and he hears that the dream is still alive and you’re all in. ‘I absolutely need to do this,'” he said. “And then there was the part of me that had gone through a pro career that hadn’t played out exactly how I pictured it. I was like, ‘Okay, are we really gonna do this again?’ And so I was torn at first because pro athletics is not an easy thing to begin with. Add the role of the roaming training goalkeeper, it’s not it’s not an easy thing to open yourself back up to.”

There was also his wife Jacie to consider. But Lyon’s time away from the game — and in the working world — had given him a new perspective on the game and his approach to it.

“I think having seen the other side, and having a little bit of that understanding, a little bit of that freedom, a little bit of that weight off my shoulders, I wanted to try to bring that into the game this round,” he said. “Because I don’t know if I ever truly got out from underneath the weight of feeling like I was playing for my job all the time. And when I came to a little bit of an understanding that I can find work, and I’m gonna be okay outside of it and in the midst of a pandemic no less, go get a job, it was a little bit like, ‘Okay, I have to try it from this perspective, and see if I can change maybe some of the things that I wish that I had changed earlier in my career.'”

So Lyon took the plunge back into the pool, although the extent to which his refined mindset has paid off is still unknown. In the short term, Lyon isn’t sure what will happen if Kansas City is eliminated. Will he pack up and attach himself to another team? Lyon said Portland is his “ride home.” What happens if the Timbers are eliminated?

As for the long-term future, Lyon isn’t looking past his current contract, which lasts through the end of the year. And given the uncertain nature of how the rest of the season will pan out, he understands now is not the time to be asking such questions.

“I think most people are just trying to make it through the next game,” he said.

That goes for Lyon as well. He admits that at the moment, he doesn’t fully comprehend the strangeness of his existence. Perhaps that will change in time, but for now, keeping things simple works best.

“Each day, maybe the crest on the jersey is different but you’re still trying to catch a soccer ball,” he said.

Even at the deep end of the pool.