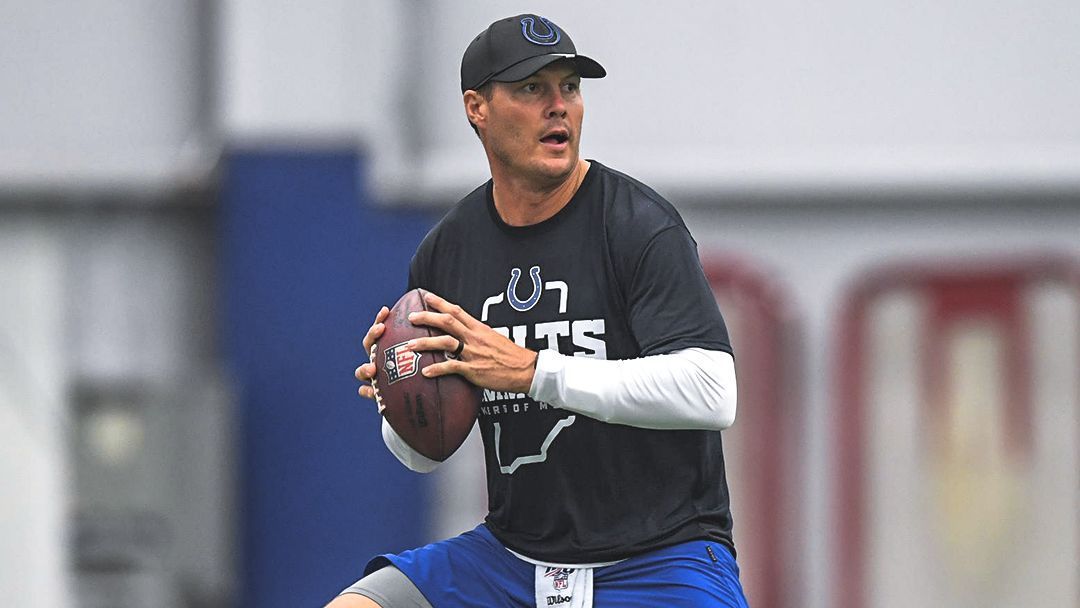 After 16 seasons of suiting up for the Chargers, quarterback Philip Rivers threw passes on Thursday in Indianapolis Colts gear — just one of many jolting new-team images from the 2020 NFL training camp. Rookies around the league tried on their new NFL uniforms, and at least one Buccaneers player is still in awe that he’s now teamed up with Tom Brady.

Here’s what you need to know from camps across the league:

Jump to the best of the day:
Photos | Videos | Quotes

The Buffalo Bills sent their rookies home from the team’s facility Thursday as a response to five positive coronavirus tests this week, the team told ESPN in a statement. A league source told ESPN two players, including one rookie, tested positive for COVID-19 on Thursday, and the team made the decision to conduct the day’s meetings virtually.

Titans GM talks to Beasley, says LB will report ‘in the near future’

Tennessee Titans general manager Jon Robinson released a statement on Thursday saying that outside linebacker Vic Beasley Jr. will be reporting to training camp soon. Beasley missed the first two days of camp and did not contact the team. The Titans placed Beasley on the reserve/did not report list on Tuesday.

Brate, recovered from the coronavirus, says workouts were “calculated risk”

Tampa Bay Buccaneers tight end Cameron Brate, who was diagnosed with the novel coronavirus this offseason and has since recovered, called attending Tom Brady’s organized workouts a “calculated risk” and believes it won’t be much different than electing to play this season.

Rookie Jalen Hurts spent part of his offseason in Houston working out with fellow dual-threat quarterback Deshaun Watson. Hurts’ communication with Carson Wentz was limited given the lack of a traditional spring schedule, he said, but he is eager to link up with him now that facilities are opening back up. “It was great to sit in the [virtual] meetings and just hear him talk, see how he sees the game,” Hurts said of Wentz. “I just want to continue to learn and listen to those things and just soak it all in.” — Tim McManus

Rookie cornerback Trevon Diggs did not have an offseason program to prepare for Dallas Cowboys‘ training camp, but he did have NFL experience help him in Miami, working out with his brother, Stefon, the Buffalo Bills receiver. The younger Diggs said he won most of the one-on-one battles. “When I was in high school, we trained together every day, so it felt good to get back to training with him,” Trevon said. “He knows what it takes to get there. I just followed his lead and competed with him every day.” — Todd Archer

The Carolina Panthers added another $1.5 million in dead money to their already league-leading $41.2 million total by releasing kicker Graham Gano. But it was an expected move, with Gano scheduled to count for $4,337,500 against the 2020 salary cap and more than $5.2 million against the 2021 cap. Carolina cleared $2.8 million in cap space by moving on. Gano’s replacement, Joey Slye, is scheduled to count $675,000 against this year’s cap, so the investment at that position is minimal. Don’t be surprised if Carolina brings in another kicker to push Slye. But moving on from Gano, who spent last season on IR, needed to happen with so many needs at other positions. — David Newton

Packers rookies are seeing their lockers – with plexiglass partitions – for the first time (via @OfficialVern_ and @ajdillon7) pic.twitter.com/FEfjbWOs9t

We’ve missed having these guys around 😌 pic.twitter.com/AAwqE2kwtg

Back to work with one goal in mind. pic.twitter.com/mZmiYKxZvW

Quotes of the day

“The first time he texted me, I had to get double confirmation from other people that it was actually Brady. He said, ‘Hey this is Tom. Give me a FaceTime when you can.’ So I had to reach out to Chris [Godwin] and Mike [Evans] and be like, ‘Hey. Is this Tom?’ Cause I didn’t want to be calling some random dude thinking it was Tom Brady.”

Cameron Brate, Buccaneers TE, on teaming up with Tom Brady

“I love him. He’s a great leader, a great team guy — somebody that I can lean on for anything.”