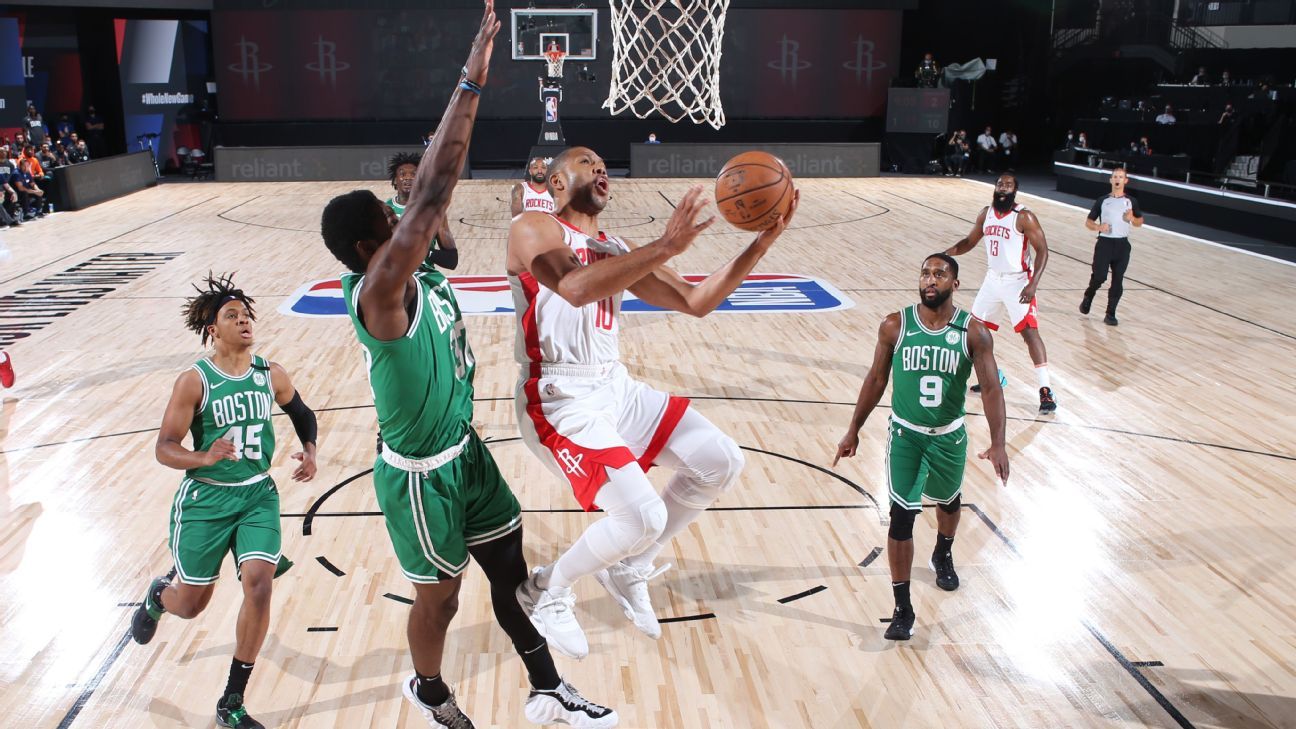 Houston Rockets guard Eric Gordon is feared to be lost for one to two weeks because of a left ankle injury suffered in a scrimmage Tuesday, sources told ESPN’s Adrian Wojnarowski.

The Rockets are expected to have a clearer sense of Gordon’s injury timeline once he’s evaluated again Wednesday, sources said.

X-rays were negative on the ankle, coach Mike D’Antoni said.

“It hurts,” D’Antoni added after Houston’s 137-112 scrimmage victory over the Boston Celtics.

Gordon, 31, jumped to make a pass and landed awkwardly on his left foot with 1:08 remaining in the second quarter, twisting his ankle as he did so.

After staying down for an extended period of time, Gordon was helped off the court by his teammates while putting very little weight on his left foot. Shortly after, Houston ruled him out for the remainder of the game.

“Of course Eric is a huge part of what we’re doing and what we’re trying to do,” Rockets star James Harden said. “Hopefully he can get his ankle healed as soon as possible, but just like we’ve dealt with adversity all year, it’s about having guys step up.”

It has been a difficult season for Gordon, who signed a four-year, $76 million contract extension with the Rockets in September. He missed six weeks after undergoing arthroscopic surgery on his right knee on Nov. 13 and scored just 14.5 points per game — his lowest average in his four seasons with the Rockets — while shooting a career-low 37% from the field and 31.9% from 3-point range.

The Rockets went into the NBA bubble hoping that Gordon had been able to use the hiatus after the season was suspended in March to get his body right, allowing him to be Houston’s third scoring option behind superstars Harden and Russell Westbrook. Gordon’s importance has only grown with Houston’s decision to lean all the way in to small lineups, with their typical starting lineup featuring no one taller than 6-foot-7 and with forward P.J. Tucker operating at center.

D’Antoni said he is unsure how he could replace Gordon in the starting lineup if Gordon is forced to miss Friday’s opening game against the Dallas Mavericks. D’Antoni started Ben McLemore in the second half Tuesday but said he could also start Danuel House Jr.

“We’ll see,” D’Antoni said. “It’s an easier rotation because Danuel has to back up Covington at the 4, but Danuel could probably start. We’ll see what happens.”