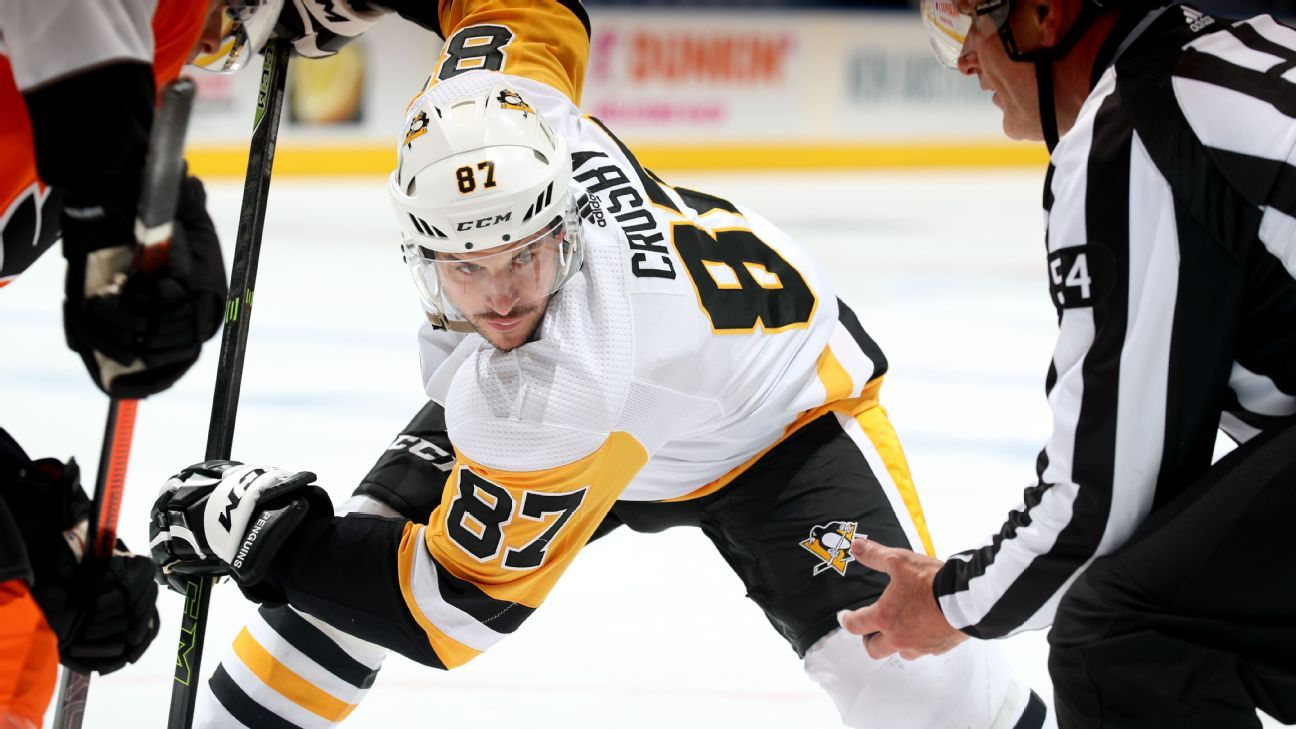 Forward Sidney Crosby highlighted a star-laden return to the ice Tuesday, as six teams played in exhibitions in both cities of the NHL’s restart bubble.

It was the first action of any kind from the league that paused its regular season in March amid the coronavirus pandemic, and with the Stanley Cup qualifier series slated to begin Saturday, these scrimmages — additional teams will have theirs on Wednesday and Thursday — represented players’ lone chance to fine-tune their skills against true competition.

In Toronto and Edmonton, tarps, some with the NHL logo on them, were draped across the seating sections of the lower bowl, with a painted Stanley Cup 2020 logo on the center-ice circle, and the traditional advertisements attached to the boards.

In the league’s first game since March 11, Crosby racked up 19:03 of playing time after missing practice and scrimmage sessions earlier this month in Pittsburgh for undisclosed reasons. His Penguins fell to the Philadelphia Flyers, 3-2, in overtime in Toronto.

“I felt good physically. I felt good, I felt strong, just anticipating and making plays and that kind of stuff,” Crosby said after the game. “That’s just going to come with time. But for the most part, I felt really good. It was fun to be back out there.”

The Penguins will take on Montreal in one of the Eastern Conference’s qualifiers, beginning Saturday night.

“I thought it was a sloppy game, especially in the first couple periods. I guess it’s to be expected,” Penguins coach Mike Sullivan said. “I thought the second half of the game we improved.

“We need to be a whole lot better. We’ve got a ways to go before we’re firing on all cylinders.”

Carey Price, Montreal’s star goaltender, started for the Canadiens against the Maple Leafs in the Toronto nightcap. Price, who will likely start vs. the Penguins Saturday in Game 1, made 19 saves in a 4-2 loss to the Maple Leafs.

Across Canada, two Western Conference rivals, the Edmonton Oilers and Calgary Flames, met in the former’s home rink. The Oilers’ biggest star, forward Connor McDavid, opened the exhibition with a goal in the first period.

He and the Oilers will take on the Chicago Blackhawks in a qualifier, beginning Saturday, while the Flames will meet the Winnipeg Jets in their Game 1 later that night.