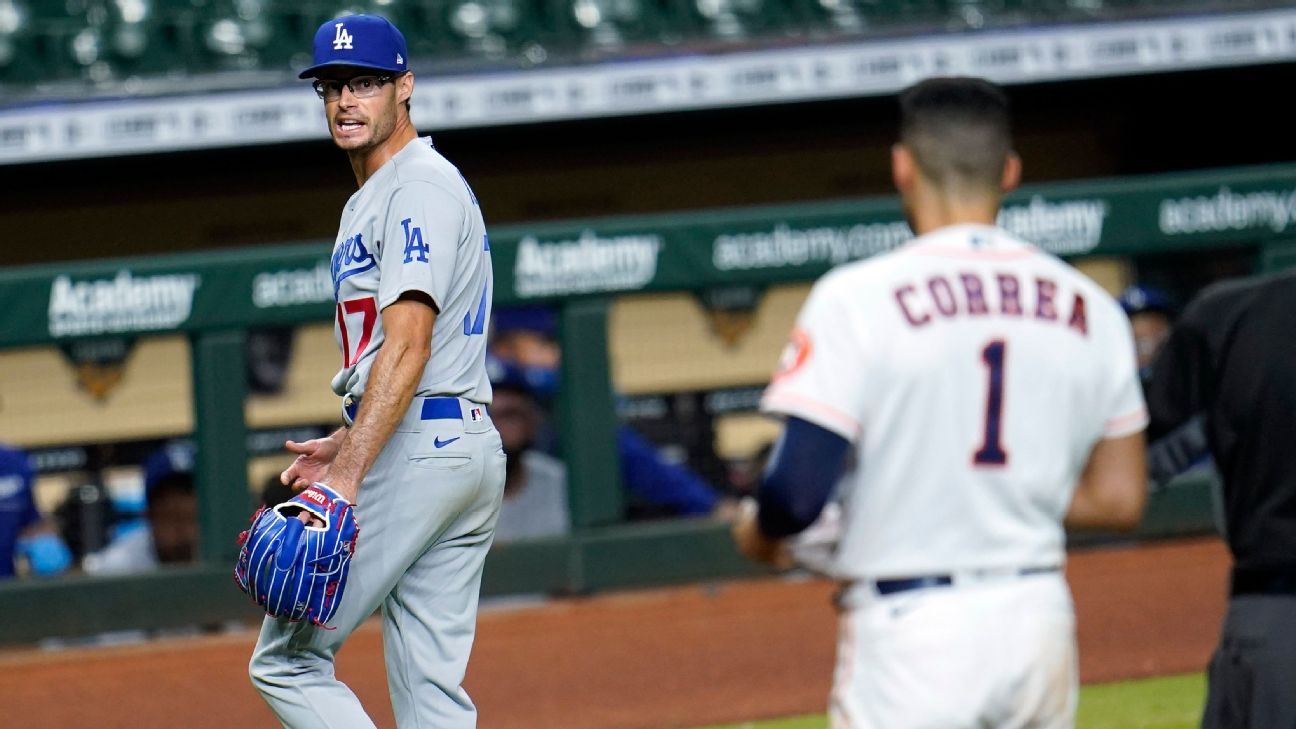 Los Angeles Dodgers reliever Joe Kelly has been handed an eight-game suspension by Major League Baseball for his role in the benches-clearing situation that occurred at Minute Maid Park in Houston on Tuesday night. Dodgers manager Dave Roberts was issued a one-game suspension and Houston Astros manager Dusty Baker was fined, MLB announced on Wednesday afternoon.

Kelly, who threw a fastball behind Alex Bregman’s head and later taunted Carlos Correa on the way back to the dugout, will appeal his suspension. MLB cited previous suspensions in Kelly’s career for “intentional throwing” in reaching its conclusion.

Roberts will serve his suspension during Wednesday’s series finale from Houston, prompting bench coach Bob Geren to act as the interim manager. Under the 60-game format, an eight-game suspension would account for more than 13 percent of the schedule.

Kelly denied intent after the Dodgers’ 5-2 win on Tuesday, saying: “My accuracy isn’t the best.” After his 3-0, 96-mph fastball sailed behind Bregman, Kelly also threw four pitches high to Astros first baseman Yuli Gurriel and later brushed Correa back with a couple of inside curveballs. After striking Correa out, Kelly made a pouty face at Correa on his way back to the dugout. Baker claims Kelly also yelled: “Nice swing, b****.”

“Joe Kelly threw a ball behind Bregman’s head on 3-0 on purpose,” McCullers said. “Not only did he take it upon himself to send a message, but he wasn’t even part of the team during that [2017] season. We knew coming into the game that he likes to go off script. It is what it is. It was done unprofessionally. What he did after he punched out Correa was unprofessional. Running into the dugout was unprofessional. So it is what it is. We’re here to play baseball. We just wanna win. That’s it.”