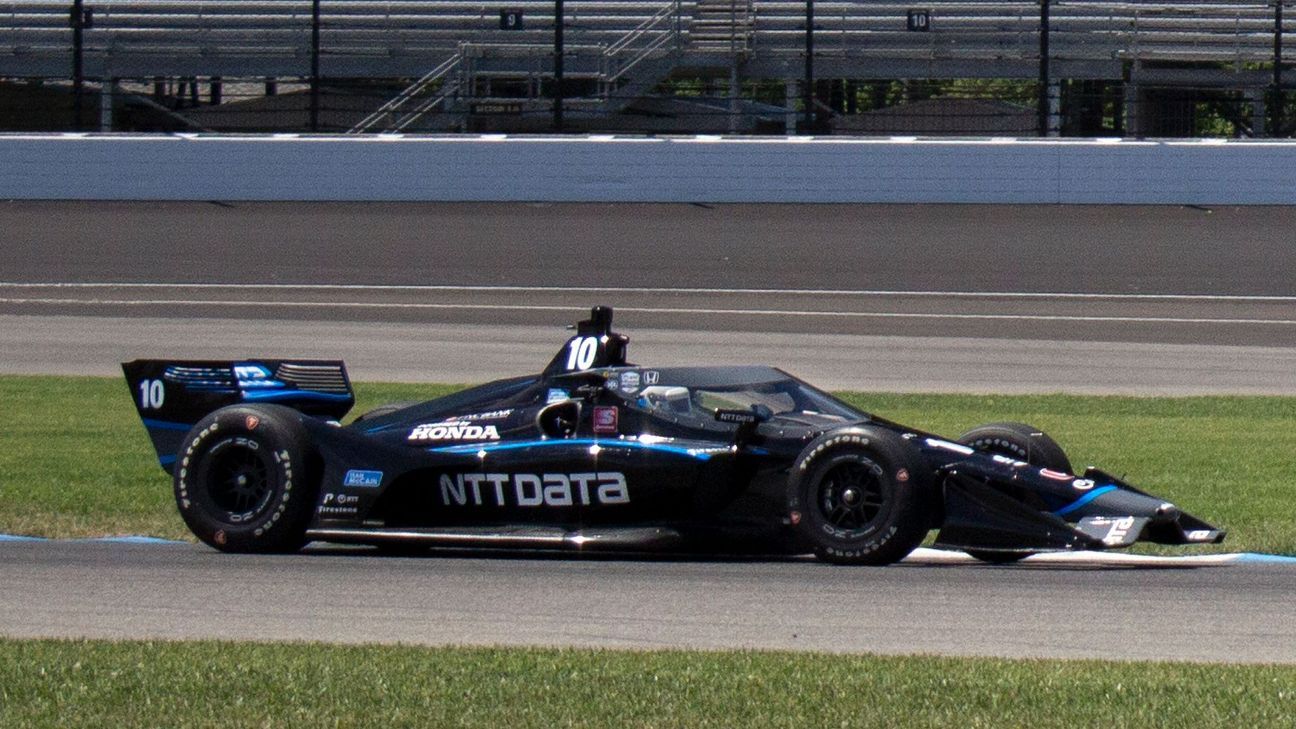 Jimmie Johnson finally fulfilled his childhood dream of driving an Indy car with a test session Tuesday. When the seven-time NASCAR champion finished turning laps, he was sold on figuring out how to race next year in the IndyCar Series.

“It only lit the fire more. I want to do this more than ever before,” Johnson said in a telephone interview with The Associated Press. “It was something new, something different. NASCAR has been so good to me and I am so proud of the success I’ve had. But to try something new, man, this was really cool.”

Johnson, 44, initially thought his racing career would take him into IndyCar, the series he followed as a child, but the path instead veered into NASCAR. He has put together one of the most successful careers in series history, but he will retire from full-time NASCAR competition at the end of this season.

He won’t stop competing, though, and Johnson has already put in motion a plan he hopes will get him into some IndyCar events next year. An initial test with McLaren was canceled when sports shut down in the early part of the COVID-19 pandemic; Johnson’s positive coronavirus test earlier this month pushed a test with Chip Ganassi Racing to Tuesday.

Even as he headed to Indianapolis Motor Speedway at the start of the day, he fretted that something would spoil his long-awaited opportunity.

“Third time was a charm, but I was worried something would jinx it,” he said.

Nothing spoiled his day, which Johnson likened to a “first day of school.” He drove the same car Felix Rosenqvist raced on the Indy road course earlier this month and had five-time IndyCar champion Scott Dixon on hand as his driver coach.

“He was very impressive. There was no trying to do too much,” Dixon told AP. “He was texting me last night, asking me all sorts of questions, if there were tricks for getting out of the pits, how to handle a turn, those kind of things. He was just super amped up and just excited to finally get there.”

It was a busy session for Johnson, who was trying to learn the car while also testing new cockpit cooling advances for the series. The Ganassi team had five sets of tires for the session and with the track temperature nearing 140 degrees, the degradation came quickly.

Johnson also spun twice during the day — once in the first turn of the road course when he had too much rear brake and a second time in the fourth turn when he just lost the car. He took pride in keeping it out of the grass both times, but he flat-spotted an already-limited allotment of tires.

“By the end of the day they were mix-matching tires, giving me mixed sets, just to let me have more laps,” Johnson said.

Johnson had previously said this test would determine if pursuing IndyCar was worth his time — he had joked he’d know quickly if he was any good at it — and after nearly eight hours with the Ganassi team, he was undeterred.

“When I got in the car, I needed two sessions to let my eyes adjust. Things were coming up on me pretty quick,” Johnson said. “Right before lunch, we started finding a groove. In the beginning of the day I was finding big chunks, but the track was going away while my ability was increasing.”

Dixon was impressed with Johnson’s ability to process information and apply feedback, particularly since he’s one of the most accomplished NASCAR drivers in history. Dixon said it was difficult to assess Johnson’s pace because the track was green and the temperatures were so hot but estimated Johnson was running similar to how series regulars were earlier this month in “the mid-to-late stint of the race we had. But you’ve got no benchmark. It’s a big unknown.

“For a guy who has done what he’s done, he was still pretty excited,” Dixon said. “The passion that he has for racing and trying something different, he was typical Jimmie, just the way he applies himself. He’s never pushy. He’s constantly asking questions, how to be better, how do I do this.

Johnson still hopes to test with McLaren later this year and is determined to get into road or street course races in 2021. He’s softened his stance toward racing on ovals and the Indianapolis 500 because of IndyCar safety advancements, but said Tuesday that 2022 is probably the earliest he could consider expanding his schedule.

He also noted that his IndyCar future is contingent on finding sponsorship and hoped a successful first test will spark conversations about funding.

“Hopefully today was the day to create a springboard,” Johnson said. “The more I can be in a garage, the more excitement I can generate, the better chances.”