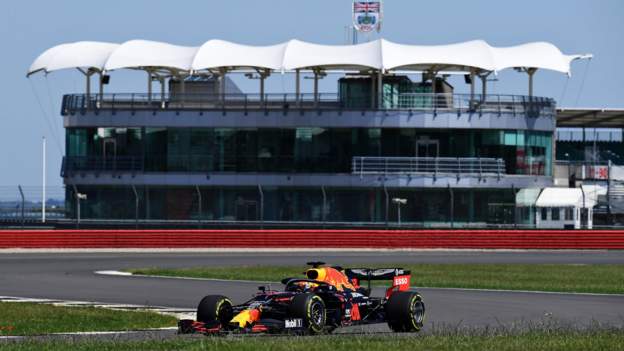 The British Grand Prix is always one of the highlights of the Formula 1 season but this year will be like no other.

For the first time, two F1 races will be held in England over successive weekends, although both events will be staged without spectators at Silverstone because of the coronavirus pandemic.

British world champion Lewis Hamilton, who has won the race a record six times, including in five of the past six years, said it will be strange to see the stands empty.

“The British Grand Prix is the best grand prix, particularly because of the fans, the thousands that turn up and create the spectacle.

“It grows every year and I get to interact with the fans differently on that weekend. It’s such an honour and privilege to be able to perform well and win a grand prix in your home country.

“The atmosphere [at races this season] is night and day different and it’s something I’m still coming to terms with.”

Last year’s race attracted more than 140,000 fans on the Sunday as part of a record-breaking attendance of 351,000, with Hamilton picking up the 80th win of his career, finishing almost 25 seconds clear of Mercedes team-mate Valtteri Bottas.

F1 fans have been urged to not attend Silverstone in 2020 as circuit bosses are working with police to ensure there is no risk of anyone breaching the strict coronavirus guidelines that are allowing the races to take place.

Road blocks will be in place around Silverstone, while the fencing has also been reinforced, should anyone breach the perimeter.

It is becoming the new normal for F1 as it tries to stop the spread of coronavirus and create some kind of World Championship season. Everyone has to have their temperatures taken every time they enter a circuit, access to the paddock has been severely restricted, each team is only allowed to interact with people among their ‘bubble’ and the number of media on site has been drastically cut back.

It is in stark contrast to previous years, with the carnival, festival-like atmosphere at Silverstone always being one of the standout moments of the British sporting calendar.

Last year’s grand prix was F1’s 1,007th, with a James Bond ‘007’ theme throughout the weekend, including the Red Bull drivers dressed up in race suit ‘tuxedos’, a large collection of cars used in the legendary films on display and Bond himself, actor Daniel Craig, among the celebrities rubbing shoulders with the drivers.

Now, no showbiz, no partying, no camping, just business.

However, Silverstone managing director Stuart Pringle still believes it will be a great event and said: “I would like to thank all our fans who have been so supportive throughout this and to assure them we’re determined to do all we can to help Formula 1 put on a show this summer.”

Silverstone will get two chances, as, just like at the Red Bull Ring in Austria earlier this month, back-to-back races will be held in Northamptonshire.

For what it’s worth, the second one will be known as the ‘70th Anniversary Grand Prix’ – a nod to the first World Championship F1 race, which was held at Silverstone on 13 May 1950.