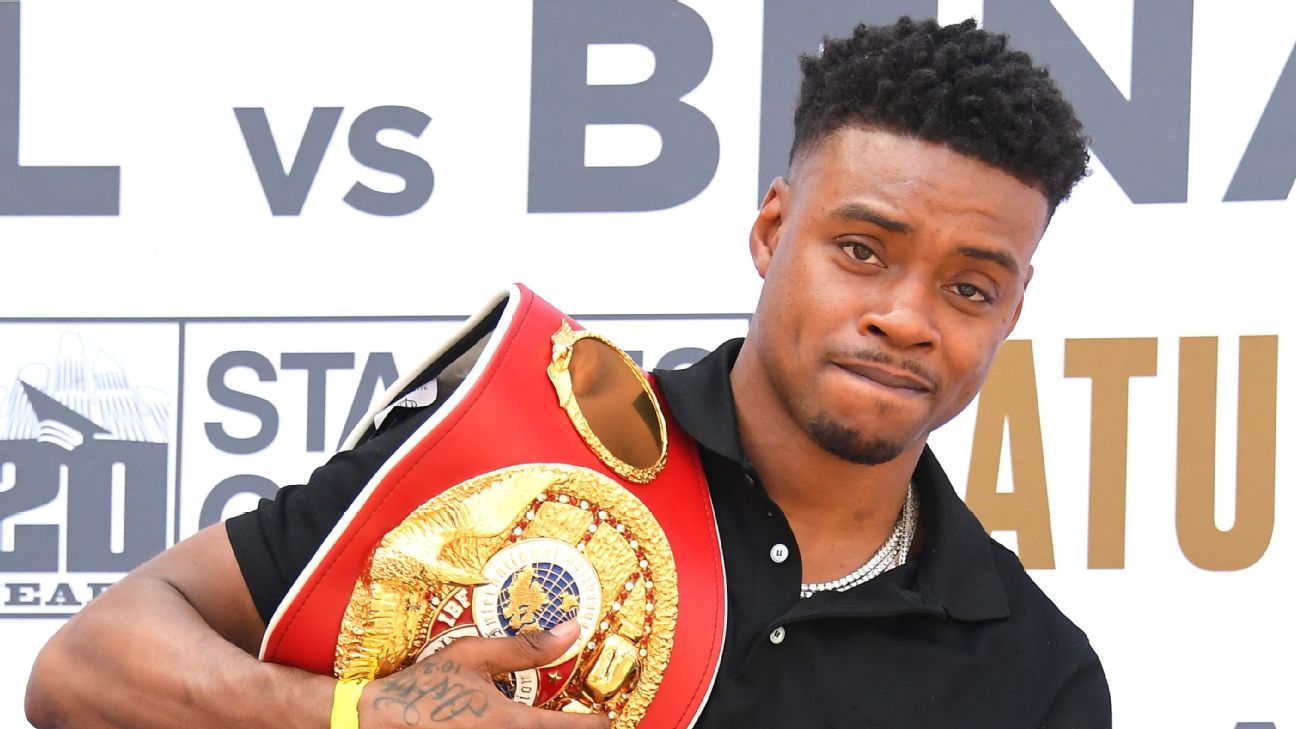 While not signed, sealed and delivered just yet, the welterweight contest between Errol Spence Jr. and Danny Garcia is expected to take place this fall. Originally scheduled for late January, those plans were derailed when Spence got into a one-car accident in October, just weeks after his split-decision victory over Shawn Porter. Spence was charged with DWI.

In the immediate aftermath of the accident, many wondered about Spence’s future. He seemed to be entering his physical prime before the crash, coming off victories over Porter and Mikey Garcia and now, in his return fight, Spence will face a very difficult opponent.

What can we expect from Spence and Garcia? Steve Kim, Ben Baby and Cameron Wolfe analyze the fight, debate whether Spence is ready for a big return and share their predictions.

How do you see the Spence-Garcia fight playing out?

Kim: Honestly, I’m not sure. When considering the welterweights before the car accident, I thought Spence and Terence Crawford were head and shoulders above the rest of the pack. Now, we really don’t know what version of Spence exists. He literally got thrown out of his car, and suffered a broken jaw among other injuries.

In late April, Spence admitted on the “All The Smoke” podcast that he still had not sparred. It will be very interesting to see how his jaw stands up to taking its first punches during this training camp.

Wolfe: It depends on which Spence we get in his first action since that scary October car accident. If it’s prime Spence, he’s too long, too strong, too quick and too talented of a boxer for Garcia to handle. He should dictate the fight and might even drop Garcia. But it’s quite possible that Spence is not the same after that accident, and if he shows a little rust or hesitancy then Garcia is the type of boxer who can exploit that to pull the upset.

Baby This is an interesting fight because it will be Spence’s first since he suffered a one-car crash in Nov. 2018 that left him hospitalized and placed under intensive care. If it weren’t for that, it’d be easier to predict a Spence stoppage. But despite being one of boxing’s top pound-for-pound fighters, Spence’s current form remains a question mark while Garcia searches for the form that made him a champion. That combination could shorten the gap between both fighters.

What advantages does Spence have over Garcia?

Kim: Spence is the natural welterweight, who you could envision one day moving up to 154 and 160, while Garcia is a natural 140-pounder, who has settled in as a welterweight. From a technical standpoint, Spence and Garcia are both very solid, if not perfect. Spence is a southpaw who isn’t overly slick, but makes every punch count as he throws them with balance. Garcia is a flat-footed right hander who has a very heavy left hook.

Wolfe: Just about everything. Garcia is game — one of boxing’s best welterweights — but Spence is one of the best boxers in the world, a notch better in almost everything. Spence’s jab should keep Garcia away and if they get into a brawl then Spence’s power could leave Garcia exposed. Spence has so many tools at his disposal that he can become a brawler or a boxer depending on the opponent. But Spence’s biggest advantage in this fight compared to Garcia might be his foot speed and ability to control the ring.

Baby Spence has a fairly significant reach advantage over Garcia (72 inches to 68.5). If Spence can control the distance, he can keep Garcia from counterpunching. Spence also tends to throw the more compact punches, which allows him to be effective at various ranges. Spence has also fared very well against elite competition. He didn’t drop a single round to Mikey Garcia, who moved up to welterweight for the 2019 bout, and he also defeated Shawn Porter, who defeated Garcia by unanimous decision in 2018.

What advantages does Garcia have over Spence?

Kim: Garcia may not be a true blue-chipper as a welterweight but nobody has blown him away, either. He had close losses to both Porter and Keith Thurman. And unlike Spence, his body hasn’t gone through the recent trauma outside the ring. Throughout his career, Garcia has shown a stout chin; there’s no doubt in his mind regarding his punch resistance going into this fight.

Can the same be said for Spence?

What also helps Garcia is that while Spence is a sound technician, he’s not a southpaw that really skates around the ring. This helps Garcia, who does have issues with movement. Look for him to lay traps for his clean-up, no-look left hook throughout this contest.

Wolfe: The one thing Garcia will be able to hold his hat on is his counter punching as he waits to unleash that left hook. Spence will likely be the aggressor in this fight so Garcia’s best path to a win will be to time and consistently land that left hook off a counter. Enough success there could put Garcia in position to win. Another intangible advantage might be discipline — he’s always in shape, always game, always able to adjust during the fight. Spence is coming off an accident that could have ended his career and if he’s not bringing his ‘A’ game, Garcia could cause some problems for him.

Baby The most obvious advantage is Garcia was in the ring as recently as January while Spence hasn’t been close to live action in quite a while. Spence opted not to take a tune-up fight before facing a high-quality opponent in Garcia. Garcia could find success with one of the looping, overhand right hands that landed successfully in recent wins over Adrian Granados and Ivan Redkach.

What does this fight mean for the other top fighters in the division?

Kim: It probably means more PBC fights at welterweight for both the winner and loser. Unless of course, Spence comes out victorious and decides that it’s time to put all the chips to the center of the table and face Crawford before moving up in weight.

Wolfe: A win over Garcia probably puts Spence neck-and-neck with Crawford for the best in the division. Maybe over him for some people. Either way, that’s perfect because we’ve waited long enough — bring on the Crawford-Spence super fight.

There are some other fun bouts that would sell after a Spence win over Garcia, like a clash with Manny Pacquiao, and that would be a lot easier to make. It could be billed as legend vs. new era great — either a passing of the torch or a solidification of one of boxing’s best careers. That would be a very good fight, but I’ve got a great one. When I talked to Crawford in April, he made it clear that a fight against Spence will happen and he wants it. Spence says he wants it, too. These guys aren’t getting any younger. If Crawford fights and wins before the end of the year, we can dream about a Spence-Crawford bout in spring or summer 2021 in front of fans. Am I too optimistic? Maybe, but after this pandemic we deserve Crawford-Spence.

Baby It doesn’t mean much, to be completely honest. There might be two current welterweights who can hang with Spence when he’s at the top of his game. Manny Pacquiao recently dispatched Keith Thurman for his most impressive win in recent years. But Terence “Bud” Crawford remains Spence’s true rival and biggest challenge. Each man has a claim as the best fighter in the 147-pound division. And that can only be settled by getting in the ring to face each other.

What’s your prediction for the fight?

Kim: Garcia by late KO. I still have my doubts about Spence. Should he be back so soon and against a formidable foe like Garcia? Some are downplaying Garcia, but that’s unfair to him. A round here or there and Garcia is still undefeated. With the uncertainty of Spence, I give Garcia more than a puncher’s chance.

Wolfe: Spence by unanimous decision. Garcia hasn’t been stopped as a pro, and I don’t expect Spence to do it in his first action back since the accident. Spence might start off slow, and he might even be losing in the first half of the fight, but in the end he’s just got too much for Garcia.

Baby Spence by unanimous decision. We still don’t know what Spence will be like in his return from the car accident. At this point in his career, it’s more important for Spence to get quality rounds against someone like Garcia than it is to push for a knockout. Look for Spence to get tested at times but ultimately pick up a lopsided decision.