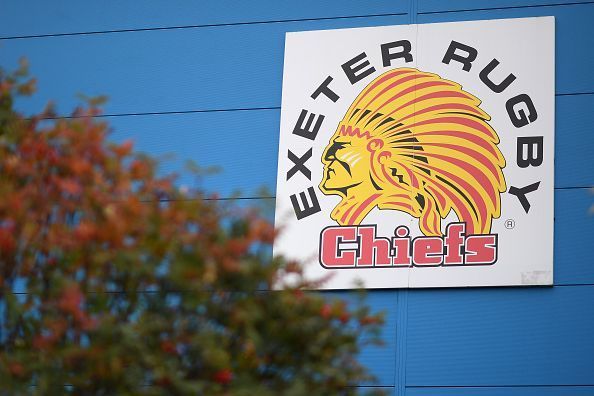 English Premiership leaders Exeter Chiefs said on Wednesday that they will keep their logo but retire mascot ‘Big Chief’ following a review of the club’s branding in the wake of a petition calling for an end to their use of “harmful imagery”.

The Chiefs’ badge and mascot both feature a Native American and the club’s board said they had sought views from sponsors, supporters, the wider rugby community and “certain sections from the Native American community” during the review.

The petition by a fans’ group had garnered thousands of signatures and called on the club to stop the cultural appropriation of Indigenous Peoples’ imagery that had no relation to the history of the club or the city.

The petition against the Chiefs’ came in the wake of the NFL’s Washington team saying this month it would retire its ‘Redskins’ name and logo, which had long been criticised as racist by Native American rights groups.

“The board took the view that the use of the Chiefs logo was in fact highly respectful,” the Chiefs said in a statement.

“The one aspect which the board felt could be regarded as disrespectful was the club’s mascot ‘Big Chief’ and as a mark of respect have decided to retire him.”

The fans’ group had said that the stylised ‘Chief’ on the club’s crest, its mascot, headdresses and tomahawks worn by fans, and their ‘Tomahawk Chop’ chant were all examples of cultural appropriation.

The board, however, said it had been provided with content indicating that the name Chiefs dated back to the early 1900s and had a long history with people in the Devon area.

“It was noted over the years we have had players and coaches from around the world with a wide range of nationalities and cultures,” the statement added.

“At no time have any players, coaches or their families said anything but positive comments about the branding or culture that exists at the club.”