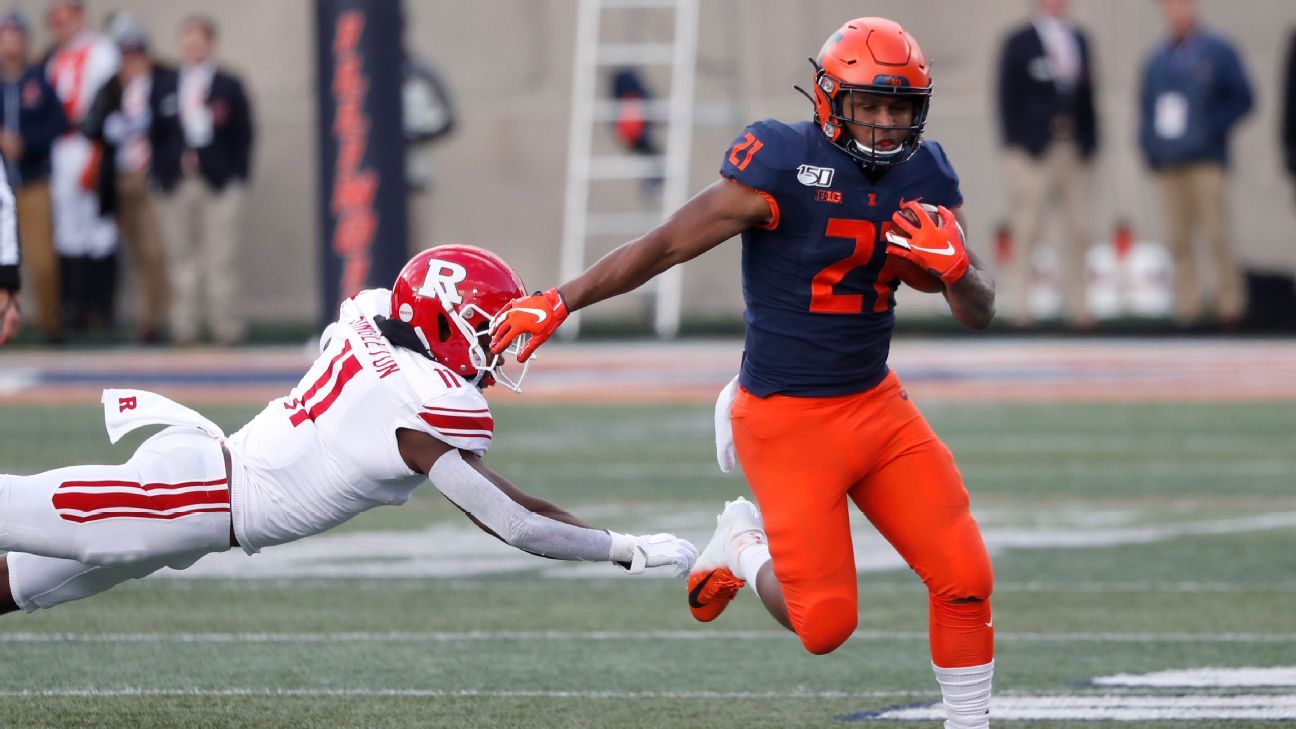 Illinois senior running back Ra’Von Bonner and a teammate will sit out the 2020 season because of concerns about COVID-19, Bonner told the Chicago Tribune in a story published Monday night.

Bonner told the newspaper that both he and senior offensive lineman Jake Cerny have opted not to play. Illinois last week confirmed that both players would be sitting out for undisclosed personal reasons.

“That was already on my mind prior to returning to campus,” Bonner told the Tribune. “Playing football, I feel we’re more at risk with the amount of guys we have. In football you have to touch someone else. You can spread that to family members. That’s not what I want. I don’t want to not see my family, my sister, my girlfriend.”

Bonner had 137 carries for 620 yards and six touchdowns the past two seasons for Illinois. He told the Tribune that coach Lovie Smith and athletic director Josh Whitman both support the decision.

Cerny has played mostly on special teams in his career.

The Big Ten announced July 9 that any fall sports athlete who chooses to sit out the season will have his/her scholarships honored.

Bonner said he hopes to return for a fifth year in 2021, although Illinois would need to bring him back on scholarship.

“I don’t want to go out like that my senior year,” Bonner told the Tribune. “If I test positive, I’ll miss the season. I’m already missing [part of the] season. … It’s obviously not easy. I really love football. However, the risks are greater than the reward. The reward doesn’t sound as great with a short season.”