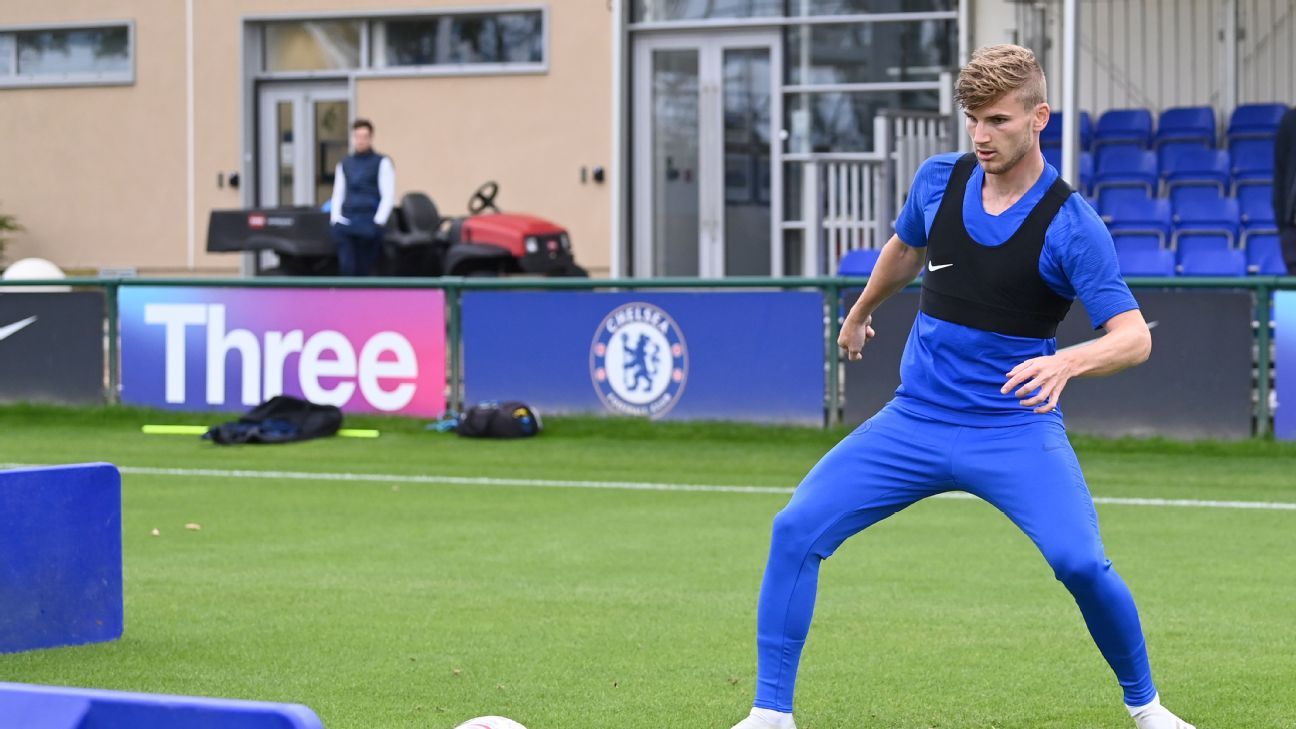 Liverpool made one of the easiest title runs in the history of the Premier League, clinching the title with seven of 38 matches remaining. They finished the season with 99 points in league play, second-most ever, and fully 33 points above fourth-place Chelsea. Does that level of dominance portend a run of titles, or will the league race be a much more competitive affair next year? Probably the latter.

This week we will look at each of next year’s most likely Premier League contenders, their biggest strengths and weaknesses moving forward, and what they must do to rise to the top of the league.

It was an eventful debut season at Chelsea for fledgling manager Frank Lampard. With a reasonably young and constantly shuffled squad, he steered the Blues to a fourth-place finish in the league and spots in the FA Cup final — this coming Saturday against Arsenal, 12.30 p.m. ET, stream live on ESPN+ in the U.S. — and last-16 of the Champions League. He also annoyed Jurgen Klopp, which is fun.

Good news: The attack was very good (and will get even better)

It was jarring: Chelsea, the team that won the Premier League in 2005 while allowing just 15 goals, played openly fun, attack-first football this year. They did so with a manager who played on that 2004-05 team, no less!

Chelsea were third in the league in goals scored this season, but 11th in goals allowed. They played a 4-4 thriller against Ajax in the Champions League and a 5-3 shootout against Liverpool in July. They scored four on Everton, five on Wolves and, for what it’s worth to you, seven on poor Grimsby Town in the EFL Cup. Tammy Abraham, a 22-year-old who’d been loaned out the three previous seasons, finally got a chance with the club and scored 15 goals. Wingers Willian and Christian Pulisic combined for 18 goals and 11 assists. Veteran Olivier Giroud scored eight in 18 league appearances, six of which came after the restart.

Chelsea’s 2-1 win over Manchester City on June 25, easily City’s worst defeat of the season from an expected goals standpoint, was in many ways symbolic, as Chelsea spent most of 2019-20 playing as much like City as possible. Their 60.3 percent possession rate was third in the league behind City and Liverpool, their 6.7 passes per possession trailed only City, and only nine percent of their passes were deemed long balls by Opta, second fewest behind you-know-who.

For all of Chelsea’s intriguing youth, the possession game was run mostly by veterans: 30-year old full-back Cesar Azpilicueta attempted the most passes on the team, midfielders Jorginho (28) and Mateo Kovacic (26) each attempted over 1,800 passes with a greater than 88 percent completion rate, and 31-year old Willian led the team in assists.

Willian’s contract is up, and Jorginho’s name has floated around in transfer rumors. It will be interesting to see what happens to Chelsea’s ball-control ability if either of these players, especially Jorginho, leaves.

We do know what’s going to happen in the attacking third, though: fireworks.

Pulisic, Abraham, Giroud, 21-year old attacking midfielder Mason Mount (seven goals and five assists in league play) and perhaps Willian will be joined by RB Leipzig‘s Timo Werner (28 goals and eight assists in the Bundesliga this year) and Ajax’s Hakim Ziyech, who has averaged 10 goals and 15 assists over the last three years in the Eredivisie.

Combined, the latter duo cost Chelsea a bit more than £80 million, and it continues to appear that versatile Bayer Leverkusen star Kai Havertz (29 Bundesliga goals over the last two seasons) will also land at Stamford Bridge.

While the coronavirus stoppage, and its fan-free return, created massive revenue shortfalls that could complicate transfer spending for many clubs moving forward, it doesn’t appear that Roman Abramovich, Chelsea’s billionaire owner since 2003, is is going to stop spending. That’s good, because at some point they might want to address what happens at the other end of the pitch.

Bad news: The defense was very mediocre (and might not get better)

First, a word of relief for Chelsea fans: save percentages regress to the mean. If your save percentage (saves divided by shots on goal) is far better than your opponent’s, or vice versa, over the course of a season, that margin is quite likely going to revert to the norm pretty soon.

Since 2016-17, 10 teams in Europe’s Big Five leagues had a save percentage margin (your percentage minus your opponent’s) of -10 percent or worse and didn’t get relegated. Seven saw their margins improve the next year, and by an average of 9.7 percent. The three who didn’t improve — 2017-18 Las Palmas, 2017-18 Hamburg, 2018-19 Huddersfield Town — had major competency issues overall and got relegated.

Chelsea’s save percentage margin this year, -12.3 percent, is as bad as you’ll ever see for an otherwise strong team. That makes things a bit awkward when your goalkeeper, Kepa Arrizabalaga, who cost a record €80 million, was a complete liability this season.

Over the past decade in the Big Five leagues, only one keeper facing at least 100 shots on goal had a worse save percentage than Kepa’s 53.3 percent: Osasuna‘s Salvatore Sirigu in 2016-17 (50.9%). No one else has been below even 56 percent. It got bad enough at the end of the season that, on the final matchday, with Champions League qualification not yet secured, Lampard started 38-year old backup Willy Caballero in Kepa’s place.

Shaka Hislop outlines the hurdles Chelsea will have to jump over to get Kepa off the books.

The comparison to Sirigu is at least semi-encouraging as the Italian is a perfectly solid keeper. He has been a regular in various Big Five leagues for a decade now, and aside from 2016-17, the former PSG shot-stopper never has had a save percentage worse than 67 percent. For that matter, Kepa, still only 25, was never below 66 percent in three other years as a full-time starter. If Chelsea does nothing to address its goalie deficiencies, the problem might right itself.

That’s not usually how this works, though. Rich clubs throw money at problems, then throw more money around if problems aren’t quickly rectified. But whether Kepa remains the keeper or Chelsea brings in someone different, one thing is certain: next year’s goalkeeper could use more help.

As with City, Chelsea had some serious transition defense issues in 2019-20 and allowed quite a few high-quality scoring chances. In all, they allowed 0.14 expected goals per shot, third-worst in the league behind West Ham and City. You can overcome this average by not allowing many shots overall; Chelsea only allowed 8.5 shots per game, a very low total, but a full shot more than what City allowed.

Lampard tried a lot of different combinations at the back — Azpilicueta was a mainstay (and he stabilized after a patchy start), but seven other defenders played between 15 and 28 league matches, and that was only partially because of injury. Neither Antonio Rudiger nor Andreas Christensen has solidified a spot at centre-back, nor have full-backs Marcos Alonso or Reece James. It’s likely that Chelsea adds both a centre-back and full-back this offseason (It makes more sense than bringing in yet another attacker, anyway).

Leicester left-back Ben Chilwell has long been on the wish list, as has Ajax’s less expensive Nicolas Tagliafico. That said, transition defense is also dependent on a sturdy defensive presence in midfield, someone who can stop transitions before they start. You know, someone like N’Golo Kante, maybe the best defensive and most disruptive midfield presence in the league over the past five seasons.

Kante, now 29, struggled with injury after injury this season and Lampard couldn’t really figure out the best way to deploy him when he was healthy, either. When Kante was in the lineup, that also meant a key possession piece like Jorginho, Kovacic or even Mount or Ross Barkley wasn’t.

All of which hints at probably the biggest issue moving forward: continuity. This was a year of experimentation and constant tinkering with lineup combinations and formational possibilities. Qualifying for the Champions League was far from guaranteed; doing so was undoubtedly encouraging.

The big-money additions, however, will raise expectations, and for Chelsea to meet them, Lampard will have to settle on both a structure and a tighter rotation. He has to figure out how to balance his offensive intentions with minimum defensive requirements, and simply bringing in new players at goal or in defense might not solve the issue alone. Chelsea was a close Manchester City imitation this year, but City was better on both offense and defense. Both gaps have to close significantly for Chelsea to take the next step and contend for the Premier League title next season.