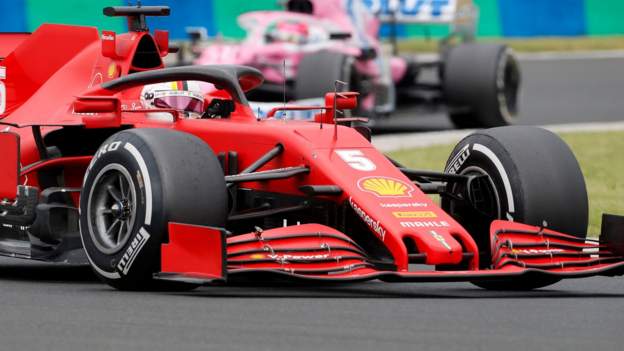 Ferrari chairman John Elkann says the team cannot expect to be competitive in Formula 1 before 2022.

Elkaan has also expressed his “total trust” in team principal Mattia Binotto after Ferrari’s difficult start to the new season.

“Today we are laying the foundations for being competitive and returning to winning when the rules change in 2022. I am convinced of it,” Elkann said.

“Binotto has the characteristics and skills to start a new winning cycle.”

Elkann, speaking to Italy’s Gazzetta Dello Sport in a rare interview, pointed out that Binotto was part of Ferrari when the team dominated F1 in the early 2000s with Michael Schumacher, team boss Jean Todt and technical director Ross Brawn.

Elkann said: “A long path awaits us. When Todt started that historic cycle (of five consecutive titles) in 2000, we came from a fast that lasted for more than 20 years, from 1979.

“It took time, from when he arrived in 1993 to when he brought Ferrari back to victory. The important thing, then, is to work on and off the track, bringing cohesion and stability, building the Ferrari we want step by step.”

Ferrari have started 2020 with a car that is more than a second a lap slower than the pace-setting Mercedes, which has won all three grands prix so far.

Ferrari lie fifth in the constructors’ championship after three races, with a best result of second place by Charles Leclerc in the opening race of the season.

Leclerc and team-mate Sebastian Vettel crashed together at the start of the second race, while Vettel could finish only sixth in the third race in Hungary, with Leclerc 11th and out of the points.

“This year we are not competitive because of car design errors,” Elkann said.

“We have had a series of structural weaknesses that have existed for some time in the aerodynamics and dynamics of the vehicle. We have also lost in engine power.

“The reality is that our car is not competitive. You saw it on the track and you will see it again.”

Elkann said that Ferrari supported the decision taken at the height of the coronavirus pandemic to delay new rules aimed at closing up the field until 2022.

But he admitted that this decision, and the fact that teams have to use the same cars again in 2021 as this year, would penalise Ferrari “greatly, given that we start off poorly – and we must be realistic and aware of the structural weaknesses of the machine, with which we have been living for a decade”.

He also addressed the team’s decision not to renew Vettel’s contract and replace him for 2021 with Spaniard Carlos Sainz.

“In the past 10 years we have had champions such as (Fernando) Alonso and Vettel, who have been world champions,” Elkann said. “But it is undoubtedly more difficult to rebuild a cycle and ask patience to those who have already won compared to those who have the future ahead of them.

“We are laying the foundations for building something important and lasting, and the contract we signed with Charles proves it: five years, never so long in Ferrari’s history.

“Leclerc and Sainz will make Maranello their home, will be close to our engineers. The new machine will be born with them.”