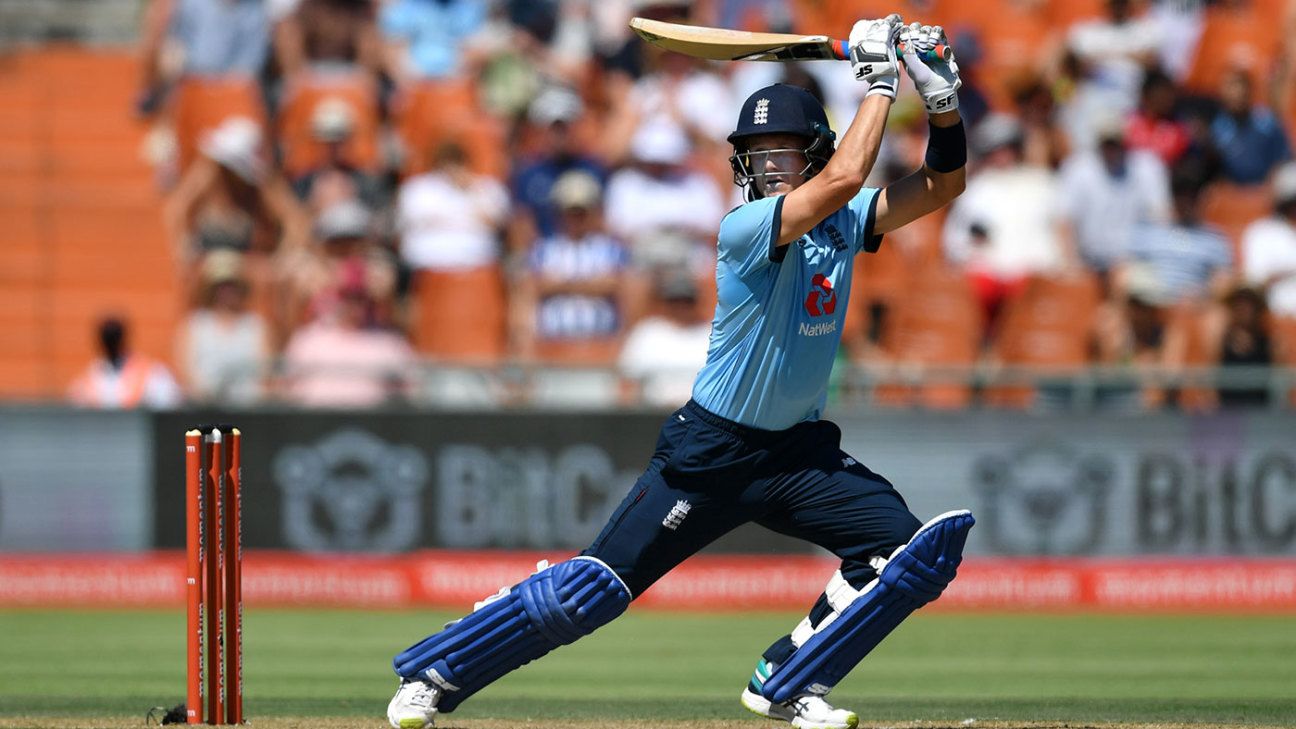 With England having to maintain separate Test and white-ball squads this summer, there were chances for a number of fringe players to win selection to face Ireland later this week. Here we size up the players who caught the selectors’ attention and those still outside looking in.

Joe Denly While it’s no surprise Denly has been picked, given he was sent to the ODI bubble last week, his continued selection across formats remains slightly baffling. He is, no doubt, a perfectly useful one-day batsman, as he showed with two fifties in the South Africa series at the start of the year. But at 34, it seems as though he has little chance of making the cut for the 2023 World Cup, and his inclusion blocks opportunities for several talented young batsmen (see below). His white-ball central contract may be a factor, but his legspin can hardly be relevant given there are three frontline spin-bowling options in this squad.

Sam Billings Billings fluffed his lines when he was handed the vice-captaincy in the T20I series in New Zealand, managing 34 runs in five innings, but taking the rest of the winter off seems to have helped him recover from a “tough year”. He is a talented player no doubt, but an average of 22.58 after 12 ODI innings shows he is yet to prove himself at international level. Bairstow seems the more likely option to take the gloves, and at 29, Billings could do with delivering on his promise sooner rather than later.

Liam Dawson It can feel like Dawson has been in just about every England white-ball squad over the last five years, but he has somehow only played nine limited-overs internationals to date. He could prove a cunning inclusion on his home ground, with its big square boundaries, and has the chance to prove that at 30 he is an intelligent bowler who can offer the control that younger rivals to the back-up spin role – like Mason Crane and Matt Parkinson – cannot. His 4 for 21 in Friday’s warm-up game sealed his spot in this squad.

Reece Topley Topley was on the verge of an England recall in 2018 when he felt a problem in his back following a Lions game, which turned out to be yet another stress fracture – his fifth in the space of four years. But 11 Blast games and two Championship matches later, he is back in the fold and in line to play his first international game since 2016. There is plenty to like about him as a bowler, not least his ability to generate good pace from his 6ft 7in frame, and he provides an option both in the Powerplay and at the death.

David Willey Willey had accepted that his international career was probably over last winter after he was left out of the white-ball tours following the agony of his last-minute World Cup omission. He thinks he is back towards his best after watching old footage to tweak his release point, and says that he has his enjoyment back after taking a break from the game. While the 2023 World Cup in India may not be the ideal set of conditions for his new-ball bowling, his inclusion proves he is still in the frame ahead of back-to-back T20 World Cups.

Ben Duckett Duckett fell off the radar somewhat after he was sent home from a Lions tour in 2017-18 for pouring a drink over James Anderson, but was handed a chance to impress despite a mixed 2019 season with Notts. He hit 68 in England’s first intra-squad warm-up, and had spoken about his significant weight loss during lockdown as proof of his new-found professionalism, but has missed out on the final cut with other middle-order options preferred.

Sam Hain Hain has the highest List A average ever, his 59.78 putting him clear of Michael Bevan and Virat Kohli, and he thought he was close to an international call-up after being taken to Mumbai on a spin camp and then on the Lions tour to Australia this winter. But he still finds himself unable to get a game, with James Vince ahead of him in the pecking order for No. 3 options. It may well be that his strike rate (86.46 in his career) counts against him, with England preferring firepower all the way through their batting order.

Laurie Evans Evans earned a spot in the training squad on the back of his strong run on the T20 franchise circuit, which was kickstarted by a prolific second season at Sussex in 2018. He went on the Lions tour this winter, hitting 94 in a one-day game, but failed to press on after making a start in all three warm-up games last week. It may well be that aged 32, his best chance has now passed.

Phil Salt An ultra-attacking opening batsman, Salt whacked a 58-ball hundred in the Lions’ game against Ireland on Sunday as they chased down 297 with 15.2 overs to spare. But England had seemingly already made up their mind that he wasn’t part of their plans for the series. He was unfortunate (and mildly irritated) to miss out on their winter T20I tour after being an unused squad member against Pakistan at the start of last summer, and despite a prolific Big Bash season he finds himself some way back in England’s long queue of top-order options.

Brydon Carse While an inexperienced white-ball bowler – he has only played seven List A games in his career – Carse has impressed England’s management with his physique and pace over the past 12 months, and looked like a potential option to replace Liam Plunkett as a back-of-a-length, middle-overs specialist following a decent Lions tour. But Tom Curran and Saqib Mahmood have been picked as the right-arm seam options, with Richard Gleeson preferred as a reserve.