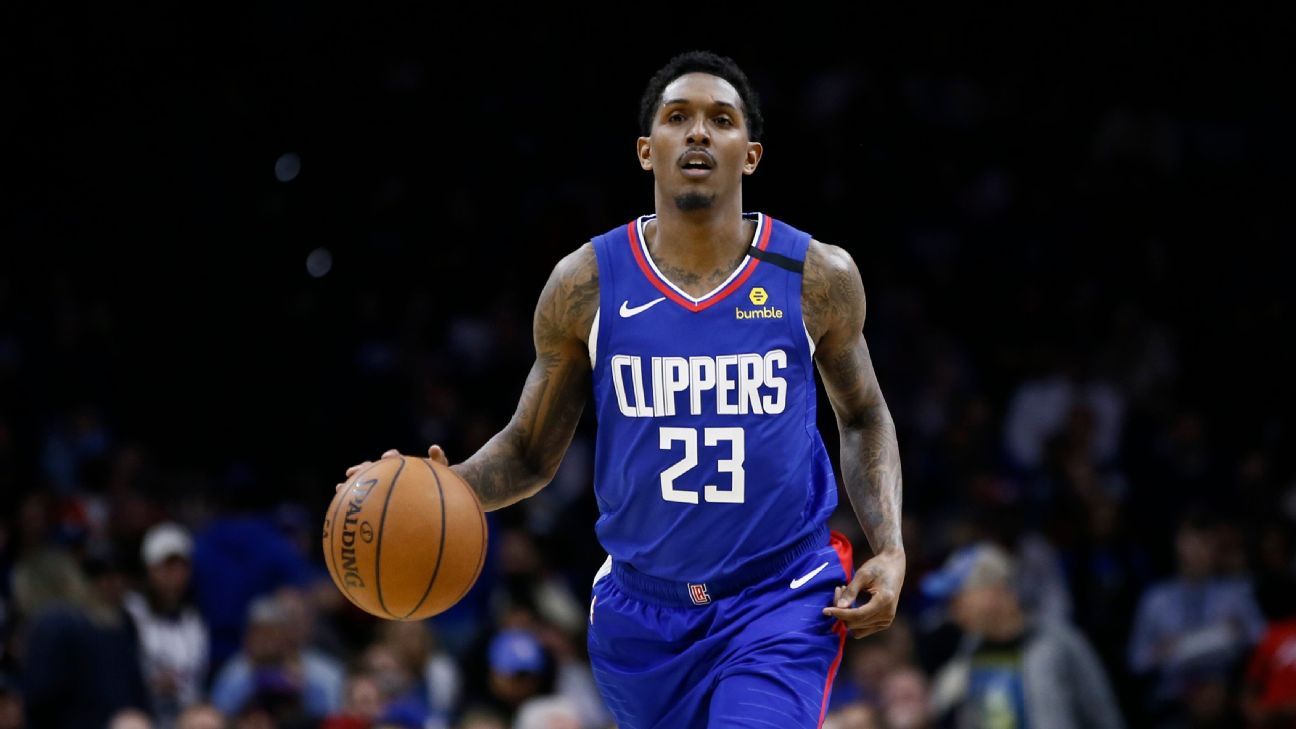 The NBA is investigating what LA Clippers guard Lou Williams did while on an excused absence from the Orlando, Florida, campus, so it can assess the length of his re-quarantining process, multiple sources told ESPN on Saturday.

Williams was photographed at an Atlanta gentleman’s club on Thursday night by the rapper Jack Harlow, who quickly deleted the post from his Instagram story. Harlow tweeted on Friday, “That was an old pic of me and Lou. I was just reminiscing cuz I miss him.”

In the photograph, Williams was holding a drink and wearing an NBA mask given out on the Orlando campus.

Sources told ESPN that Williams has been interviewed by NBA security about his whereabouts while he was away from campus, and told them he did go to the Magic City gentleman’s club in Atlanta for a short time on Thursday night, but that there were no entertainers present while he was there.

Sources said Williams told NBA investigators that he attended a viewing for Paul G. Williams, which ended at around 6 p.m. Thursday, then went to Magic City to get dinner. Williams tweeted a photo of Paul Willams on Friday, along with the caption “Long Live Pops.”

On Saturday, Lou Williams wrote in a tweet, “Ask any of my teammates what’s my favorite restaurant in Atlanta is. Ain’t nobody partying. Chill out lol. #Maskon #inandout.”

Per NBA policy, Williams was tested for coronavirus each day that he was away from campus, a source told ESPN. Players are subject to a minimum four-day quarantine when they leave campus on an excused absence.

However that re-quarantining time could be extended up to 10 days if recommended by the league’s outside infectious disease specialists.

ESPN’s Zach Lowe recently reported that for Los Angeles Lakers guard Alex Caruso, who was weighing whether to attend his sister’s 100-person wedding in Texas, the re-quarantining process would likely have been 10 or even 14 days due to the high-risk nature of the event.

Clippers head coach Doc Rivers was asked about the photos of Williams and his journey since leaving Orlando.

“I can’t share much with his journey. I wasn’t on that journey with him,” Rivers said before the Clippers game on Saturday. “But he’s back here, I can tell you that much. You know, obviously those [pictures] got out, and that’s something that we obviously didn’t enjoy seeing or like.”

Williams joined Montrezl Harrell and Patrick Beverley as Clippers who have been excused to leave the campus in Orlando to tend to family matters in the last week.

In addition to missing those three key players, the Clippers have not had Ivica Zubac and Landry Shamet available in Orlando. Zubac shard a picture of being at the Walt Disney World resort on Instagram on Saturday morning and Shamet posted pictures on Instagram of traveling on a private jet on Saturday.

Rivers said he isn’t sure if he will have his full roster available for the Clippers’ first game of the restart against the Lakers on July 30.

“I don’t know that honestly,” Rivers said. “My guess is I would doubt it but I have no idea.”