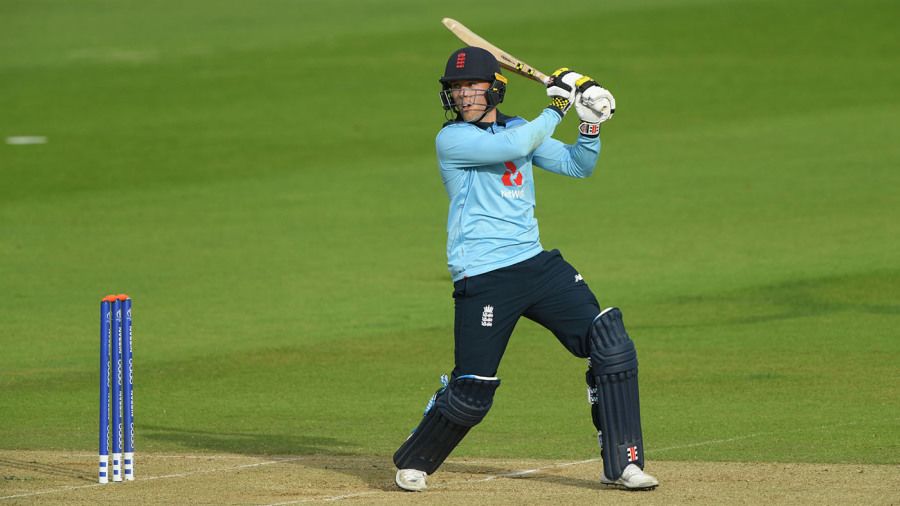 Phil Salt boosted his hopes of a call-up ahead of the Royal London Series against Ireland after putting the same opponents to the sword with a 58-ball hundred in England Lions’ seven-wicket win at the Ageas Bowl.

Ahead of Monday’s squad announcement, the uncapped Salt and James Vince flayed 141 in an explosive 13.5 overs after Jason Roy was dismissed for a golden duck at the start of their pursuit of 297 under lights.

It is understood there is little concern about the sore back that has restricted Roy to this sole outing so far but if there are any doubts ahead of Thursday’s opener then England could look to Salt after his sparkling role. The Sussex opener had made just 26 runs in three previous warm-up innings but he crashed 14 fours and two sixes here, which could lead to his inclusion ahead of the three-match series which starts on Thursday.

Ireland, featuring eight players who took part in their most recent ODI, had made what seemed a competitive 296 all out in 49.4 overs, captain Andy Balbirnie top-scoring with 60 while Paul Stirling and Harry Tector also made half-centuries, but the total was overhauled with 15.2 overs to spare in this 12-a-side match.

While Roy nudged behind off Mark Adair, the Irishman and fellow seamers Josh Little and Boyd Rankin were routinely dispatched to the boundary, with Salt and Vince either piercing the gaps or hitting over the fielders.

There was little unorthodox about the pair, Salt mixing some pleasing on-drives with muscular pulls while Vince scored all around the ground, the pair’s sensible aggression bringing 19 fours in the first 10 overs alone.

Salt was first to his 50 off 28 balls while Vince required six more and only the emergence of captain Eoin Morgan after 14 overs broke the partnership. Vince was the one to make way after a sublime 66 not out from 43 deliveries.

Morgan hit five fours in his 20-ball 22 before he too retired not out at the drinks break, the Lions beyond halfway in their chase. Salt, meanwhile, cleared the ropes off Rankin then Little, who conceded 71 in his 6.4 overs. Salt slowed up a touch before getting to three figures with a push down the ground, carrying on walking after completing the single which carried him to the milestone, with the target now down to double digits.

Sam Billings made sure there was no late collapse in a fantastic 30-ball 50, eventually finishing on 54no from 36 deliveries while Liam Livingstone contributed 28 and Laurie Evans 18, as England reached their total in twilight.

Earlier on, Tom Helm bowled with accuracy after Ireland had won the toss and collected 3 for 49 while Henry Brooks took 3 for 52 as the tourists were unable to make 300, having been 210 for 3 in the 39th over.

Stirling took Tom Curran the distance twice and the opener and Balbirnie were largely untroubled en route to half-centuries. Only when Liam Dawson was introduced did Stirling start to come unstuck, dropped at square leg by Brydon Carse before Billings was unable to gather after the batsman had wandered out of his crease.

Stirling’s luck ran out when he swept the slow let-armer to Evans on the boundary for 53 from 55 deliveries to end a 92-run stand, while Balbirnie carved Livingstone to backward point, the first occasion he had mistimed in his 73-ball innings.

Tector’s straight drives were a feature of his innings, with Dawson twice and Carson once seeing the ball fly back over their heads for six, but he departed for 55 off 49 deliveries after lumping a Curran full toss to mid-off. Kevin O’Brien’s cameo of 28 from 14 balls livened up proceedings but Ireland lost their way in the last 10 overs, with wickets falling at regular intervals and two balls left unused.