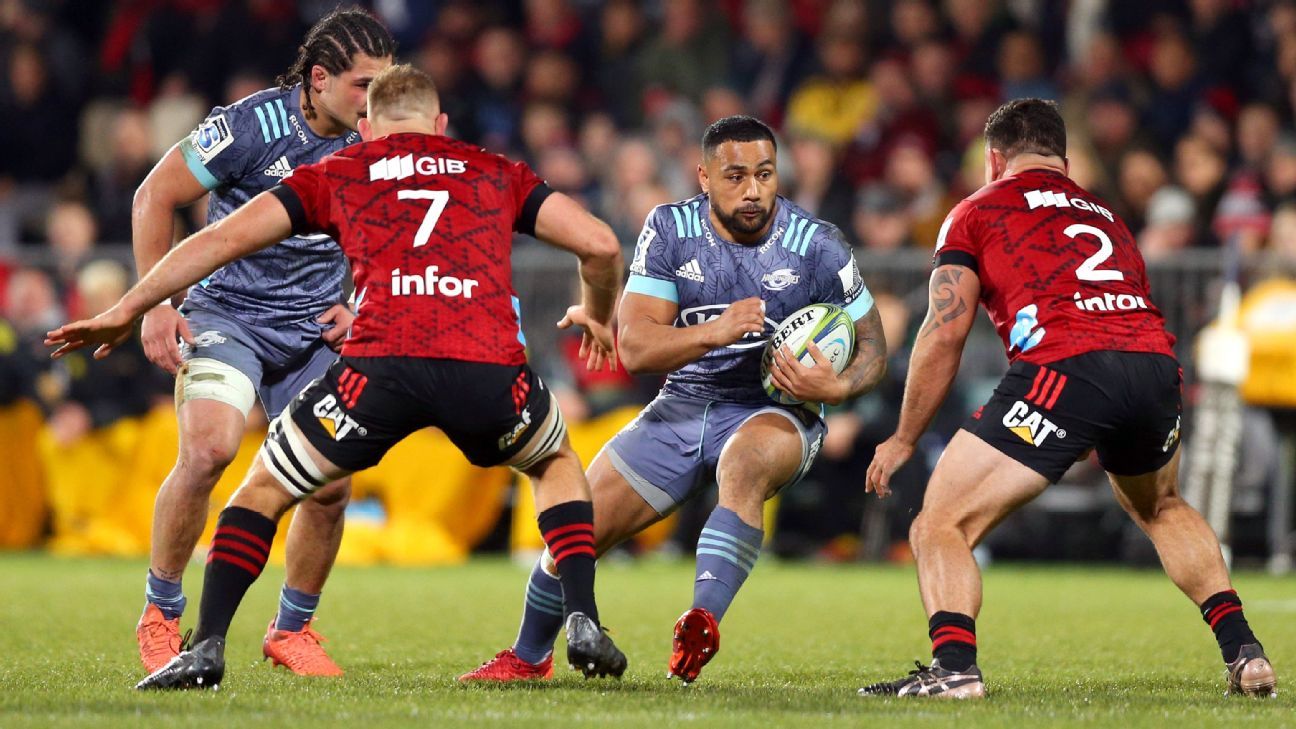 A possible broken wrist to Ngani Laumape soured the Hurricanes’ victory over the Crusaders in Super Rugby Aotearoa but his coach hinted it was indicative of the intensity of the competition.

Laumape left the field in the 53rd minute of the Hurricanes 34-32 victory on Saturday, the first defeat for the Crusaders in Christchurch in more than four years.

The inside centre was just one of a series of injuries that all of New Zealand’s five teams have experienced in the domestic competition, something Hurricanes coach Jason Holland said was an issue.

“To be honest we were battling during the week,” he said.

“We spent the Monday, Tuesday, Wednesday recovering this week from a big (Auckland) Blues game so it needs some thinking about because we need our bodies right.

“We need to make sure that the boys don’t have short careers.”

The Hurricanes suffered several late withdrawals before the game with prop Tyrel Lomax, flanker Vaea Fifita and lock Isaia Walker-Leawere all named in the matchday squad on Thursday but forced out before kickoff.

Prop Fraser Armstrong and centre Peter Umaga-Jensen were also injured during the game.

Holland’s team have the next week off and, after games on four successive weekends, the break would be welcomed, the coach said.

“There are a lot of battered bodies there and we’ll enjoy the few days off physically, but also mentally and switch off, it’s important,” he said.

“We’ve got to make sure that we come back with the same mentality and the same mindset around how we’re going to approach the last couple of weeks.”