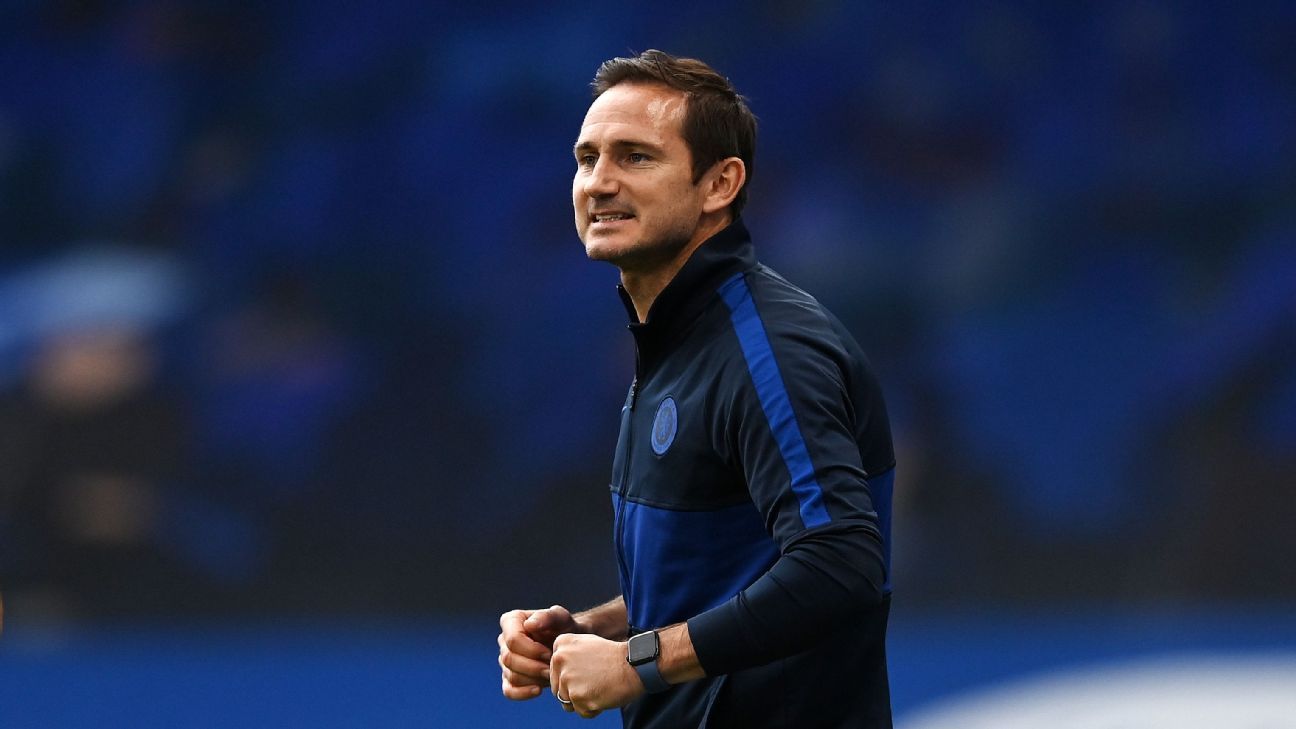 This season might have begun with only minimal expectations for Frank Lampard and Chelsea, but by the end they were banking on Champions League qualification, and Lampard delivered.

The evidence of that change in mindset was sat in the stands here at Stamford Bridge. Chelsea spent around £50 million to acquire Timo Werner from Red Bull Leipzig, a striker who is so desperate to hit the ground running next season that he sacrificed playing in the knockout stages of this year’s Champions League to prepare for the next. How embarrassing it could have been for all sides had they fallen short at the final hurdle, but in the end, Werner was left to marvel at what he describes as his “new home” with renovation plans firmly on track.

Werner was the second arrival after Hakim Ziyech signed from Ajax for £37 million in February, and he won’t be the last. Chelsea have been progressing on a deal with Bayer Leverkusen for Kai Havertz over the past few weeks and will now step up their attempts to finalise a fee — which could easily surpass £70m — with the future picture now clear. They may well have attempted to pursue Havertz regardless but Champions League qualification makes them a much more attractive proposition, frees up further funds to continue their squad overhaul and validates Lampard’s first season in charge of a Premier League club.

“To get too far ahead of ourselves and be concerned about what it might mean is not a question for today. We can all improve, myself included — that’s what football is all about. If we are looking to recruit in certain areas, I think it may help.”

There was no huge celebration at the final whistle. That may have been because Chelsea had already drawn the sting from a potentially nervy afternoon with a quick-fire double in first-half stoppage time.

Mason Mount executed a superb free kick, curling a right-foot shot over the wall and past Rui Patricio after an opening period in which Wolves looked the better side despite rarely testing Willy Caballero, picked in goal at the expense of the expensive Kepa Arrizabalaga.

Wolves switched off and suddenly the game was lost. Christian Pulisic surged forward from Jorginho‘s pass only to be tackled by Ruben Neves before Mount fed Olivier Giroud, who had the strength and speed of thought to round Patricio, evade Conor Coady and finish into the net. Lampard greeted that goal enthusiastically and it was just reward for Giroud, who has scored seven times in 10 games since the restart. Pulisic has also been in excellent form during the same period but Giroud’s goals have added the clinical touch Lampard has searched for all season long which, in truth, led to the pursuit of Werner in the first place.

Giroud is used to spending his career in another striker’s shadow. It is well documented he could have left the club in January had Chelsea found another forward in that window but the Frenchman stayed put, remained professional and all parties have reaped the rewards. The youngsters have done their bit and then some. Much has been made of Chelsea’s transfer ban but Lampard did not need to entrust Tammy Abraham, Mount, Reece James, Fikayo Tomori and Billy Gilmour to the extent that he has.

Those decisions have been vindicated by Champions League qualification, an achievement which will influence others lingering in the air. Kepa’s absence here given the stakes was a significant gamble but one which paid off, as Caballero produced an assured performance. ESPN reported Friday that Lampard is losing faith in the goalkeeper and could be willing to part with the 25-year-old this summer. They are now in a stronger position to make such a dramatic change of heart on a player handed a seven-year contract in 2018.

Further improvements are required. Defensively, Chelsea have to improve if they are to challenge Liverpool and Manchester City for the title next season, but by making the top four, Lampard can continue to look upwards. Closing that gap is within their grasp given the right reinforcements.

This was an afternoon which should also inestimably improve their chances of signing Ben Chilwell given Leicester City missed out on Champions League qualification after losing to Manchester United. Chelsea are suddenly on the right side of that divide.

Lampard was always going to be given more time than most Chelsea managers receive given the state of the club when he took over, the departure of Eden Hazard and his legendary status among supporters. But he has taken advantage of that breathing space to surpass reasonable expectations, with the chance to cap a fine maiden campaign by winning a trophy in next Saturday’s FA Cup Final against Arsenal.

“I have to say that I’m proud,” said Lampard. “I always put small brackets around that because it is Chelsea and we want to be challenging for league titles, but we are not in that position now.

“In terms of myself, the year I had at Derby made me learn that this was definitely the role I wanted to be in. I had my year from football in the media and it didn’t really grab me enough. It was a nice job, I enjoyed parts of it, but I wanted to be back in. When you get the job at Chelsea, the step up in terms of expectations is huge. The level of player, the demands to win, week in, week out. That has been tough.

“I’m pretty obsessive on myself in how I want to work. In that sense, I learned I need to get the balance going right going forward in terms of being able to switch off a little bit. But my desire to be successful here is so big that I can’t help being successful. I’ve learned a million things is the plain and simple answer. All I want is success for this club.”

The demands will be higher next season, but Lampard has never been under any illusions about that. It is to his credit that he now looks more capable of meeting them than ever.